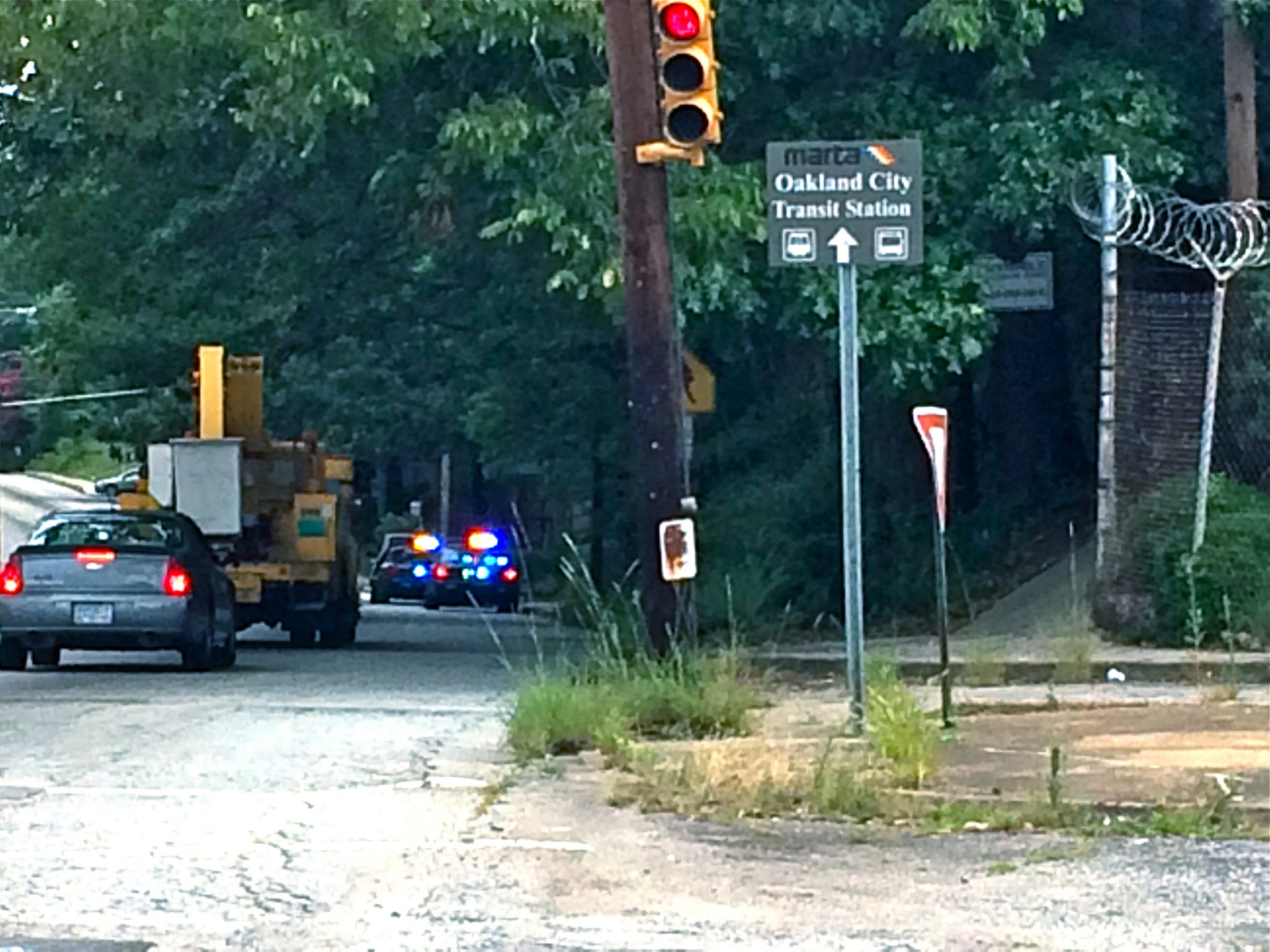 The deal with Tyler Perry to buy 330 acres of Fort McPherson does not include a section of the base that faces Campbellton Road. File/Credit: Donita Pendered
Share
Tweet
Share
Pin1
Pocket
WhatsApp
Buffer
Email
Reddit
1 Shares

More than 100 community members filled the meeting at Fort McPherson Tuesday evening – mainly to complain about how they had been left out the process of deciding the future of the 488 acres strategically located between downtown Atlanta and Hartsfield-Jackson International Airport.

It was a regular board meeting of the McPherson Implementing Local Redevelopment Authority (MILRA), a body that has been meeting for about seven years on various plans and ideas for what would be the best use of the site once the base had closed.

MILRA was rolling along – seeking to purchase the land from the U.S. Army and beginning to explore ways to market the site to potential buyers and developers for the day when they would own the site.

And then earlier this year,, Atlanta Mayor Kasim Reed took Tyler Perry, a renowned Atlanta movie director and actor, on a tour of Fort McPherson in an attempt to keep his studio complex within the city limits.

In June, Reed met with MILRA to tell them that Perry was interested in buying most of Fort McPherson. After several months of negotiations, MILRA announced an agreement to sell 325 acres to Tyler Perry for $30 million.

MILRA has said that it intends to close both its purchase from U.S. Army and its sale to Perry in October.

But community leaders and other concerned parties are hoping to slow down the process in two ways – asking for a seat at the decision-making table and exploring their legal options.

Several community members who had signed up speak during the period of public comment let State Sen. Vincent Fort have their two minutes.

The community turnout at Tuesday’s meeting occurred because Sen. Fort and Georgia Stand Up had made robo-calls to residents in the last couple of days. Even Atlanta City Councilmember Andre Dickens said he didn’t know about the meeting until he had received a robo-call on Tuesday.

Sen. Fort told the MILRA that he was concerned about the lack of community engagement during the process and the fact that there had been meetings that did not comply with the state’s open meetings law.

“It remains to this hour only two criteria to pick Tyler Perry – he has a friend on the second floor of City Hall and he gave a $12,7000 check to the governor,” Fort said.

He also made a point of saying that he had checked with the Department of Defense in Washington, D.C., and there is no October deadline.

“There’s time for citizen input by this body,” Fort said. “What happens if litigation postpones your deal? Everything you do should be open to the public.”

At least 14 other people spoke, several questioning the process, several veterans wondering where they would be able to receive services, others wondering what would happen to the property if Tyler Perry business were to fail. “You need real conditions for the future that protect the community if this does not work out,” said Matthew Garbett, a resident of nearby Adair Park.

Steve Williams, a resident of Capitol View, asked MILRA Chairman Felker Ward why they told other developers that they could not have discussions with any one until they had control of the base (but obviously that didn’t stop them from having discussions with Tyler Perry).

Ward said he would not answer that question, at least not during the meeting.

The MILRA board did spend much of its meeting to talk about how it was operating at a deficit because the federal government had been covering 90 percent of its operating costs, and that was going to be reduced to 75 percent. Local governments — either the City of Atlanta, Fulton County or the State of Georgia — would need to come up with the local match.

“That’s why it’s very important we move forward with the real estate (deal) because there-in lies the issue,” Ward said.

“If we close (the deal) with Mr. Perry, would that help put us in the black,” asked City Councilwoman Joyce Sheperd, who obviously knew the answer before asking the question.

“Yes,” Ward replied. “There are enough funds that would allow us to be back in the black.”

One MILRA board member, Ayesha Khanna, who has been a lone voice representing the community, did remind her colleagues that they have been operating at a deficit and that the federal government has been willing to be patient with them as they come up with their plans to redevelop Fort Mac.

During her public comments, Oakland City resident Judy Walker said she was pleased to see the strong turnout Tuesday night and urged the community to work together.

At the end of the public portion of the meeting, Ward told the community: “It might not be apparent to you, we do not ignore what we hear. We do not have a sponsor with a lot of money. That’s why we are moving to effect a sale.”

Then the MILRA board went into a closed executive session.