The Metro Atlanta Chamber boasts of 16 Fortune 500 companies in the region. Many other substantial companies, with thousands of well-paid jobs, have headquarters here.

This is good news for improving the conditions faced by the families and girls my organization, Cool Girls, serves.

In its rankings for “America’s Top State for Business 2014,” CNBC offered this caveat: “The Peach State is the cream of the crop for 2014, with the nation’s best workforce and the top infrastructure. But education and quality of life remain weak spots.” 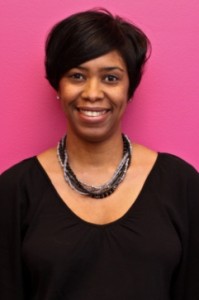 Forbes ranked Georgia  No. 16 in the United States in their annual ranking of the 50 states by business climate.  Forbes noted, “Georgia’s once robust economy has slowed in recent years …. (another) drawback: 19 percent of the population lives below the poverty line, which is one of the highest rates in the U.S.”

Metro Atlanta’s conundrum lies in how we can enjoy such a robust business climate, with the backdrop of the Dow Jones Industrial Average trending at a historical high of over 17,800 (17,846.83 as of 12/2), while Georgia has the highest unemployment rate (7.7 percent) in the nation, according to the U.S. Bureau of Labor Statistics (Nov, 2014). Georgia is almost 2 percentage points higher than the national unemployment rate of 5.8 percent.   According to a recent article in the Atlanta Business Chronicle, Georgia is No. 5 in the U.S. for job creation. This is good news given our high unemployment numbers.

Metro Atlanta has become a tale of two cities: on the one hand, our region remains the mecca of the Southeast: culturally rich with museums and a vibrant arts scene; educationally rich with renowned colleges and universities; historically rich and boasting a brand new Center for Civil and Human Rights; along with the No. 1 airport in the country; and beautiful parks and festivals that allow us to celebrate our rich diversity. The Atlanta Beltline will transform our city in ways we can only imagine.

Yet as the executive director for Cool Girls, I see many families struggling to share in the cornucopia that is Atlanta.

According to a study published by the Urban Institute, Atlanta led eight metro areas around the nation for sex trafficking.

The families we serve are in the communities where these problems are rampant. Cool Girls is an Atlanta-based nonprofit that provides tools to help girls make positive choices, achieve academic success, and break the cycles of teen pregnancy and poverty to overcome barriers of racism and sexism.

Atlanta also has the dubious distinction of being Ground Zero for income inequality.

According to a report released earlier this year by the Brookings Institution, Atlanta ranked No. 1 for income inequality. A Harvard study, ranked Atlanta 49th of 50 metropolitan areas for a lack of “intergenerational mobility.”

Atlanta is not alone as income inequality has been in the national dialogue for a while; in 2012 the New York Times declared it is “Harder for Americans to Rise From Lower Rungs.”

The Brookings report shows families in Atlanta with the highest incomes earned 15 times more than families at the lowest end of the spectrum. “In Atlanta … the richest 5 percent of households earned more than $280,000, while the poorest 20 percent earned less than $15,000….”

Cool Girls serves these families – the 20 percent at the bottom with little hope and few resources. There are many forces working against upward mobility.  We see our girls working very hard to overcome these barriers, but they need guidance and direction to steer clear of danger and distraction.

Back in 2012, the Schapiro Group, a local, well-respected, market research firm, documented some of the ‘income inequality’ barriers in a study prepared for the Atlanta Women’s Foundation entitled, “Breaking the Cycle of Generational Poverty in Metro Atlanta.” ‘Generational poverty’ is not new.  We have been fighting it for 25 years. Given the prevalence of income inequality in Atlanta, it is unfortunate this “topic” was absent, at least explicitly, from the political discourse during the latest election cycle.

What policies might make a difference to alleviate income inequality?  I’ll leave that discussion to our elected officials, business leaders, policy makers and pundits.  Here are the facts: Cool Girls works each and every day to give our girls a brighter sense of their future possibilities.  Cool Girls has a proven track record; we help girls become healthy adults and achieve professions such as nursing and law.  We know what works:  a caring adult who instills vision, hope and confidence over an extended period of time.  Long-term mentoring and exposure to the rich world around them opens hearts and minds.

Note to readers: Cool Girls is an award winning program dedicated to empowering girls from Atlanta’s toughest neighborhoods.  We serve 400 girls across nine Atlanta Public and DeKalb schools and with more resources, we could reach even more!  Our programs offer exposure to a broader world of hope and opportunity.  When everyone contributes, we all benefit.

We are in a time of reflection of how best to serve our region and our next generation as we complete our year-long 25th anniversary celebration. We invite Mayor Kasim Reed, Atlanta City Council members, DeKalb and Fulton County Commissioners, Fortune 500 companies, local and small businesses, church leaders, and local colleges and universities to join us in making a difference for our girls right now…today!