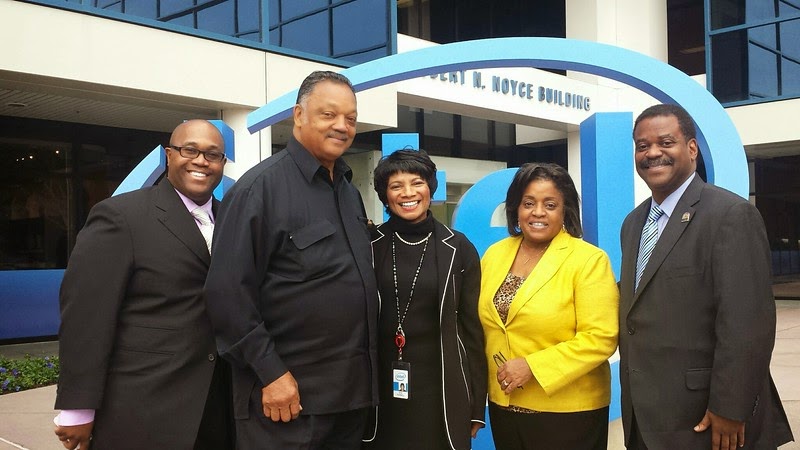 She’s been Atlanta’s premier female civil rights activist since the late Jondelle Johnson, the fervent and forceful former executive director of Atlanta’s NAACP who was known as “Mrs. NAACP” for her leadership in the 1970’s and 1960’s. Now attorney Janice Mathis, the vibrant Vice President of Rainbow/PUSH has been named Executive Director of the National Council of Negro Women [NCNW], a powerful 80-year old civil rights organization focused on women and families.

Janice Mathis, the new executive director of the National Council of Negro Women.

“Jondelle is my role model. I never met her but I read about her,” says Mathis, who has also served as Rev. Jesse Jackson’s general counsel, chief of staff and closest confidant at Rainbow/PUSH for the past 16 years. “She was tough and demanding and effective and fair. You can’t be in Atlanta around civil rights work and not know about and respect Jondelle Johnson.”

Mathis, 61, is also the current Vice President of the Citizenship Education Fund (a charitable research educational organization based in Chicago), where she directs the CEF’s Southern Region office and is responsible for legal affairs and programs. She is about to fill some iconic shoes.

“I admit to having a little bit of ambition and a little bit of ego so this is a chance to lead something that has an 80 year history that was founded by Mary McCloud Bethune and carried out by Dorothy Height, she says. “To be considered in the same sentence with them is the opportunity of a lifetime for a Black female.”

The National Council of Negro Women is a Washington, D.C.-based international non-profit organization that was founded on Dec. 5, 1935 by Dr. Mary McLeod Bethune, the famed African American educator. Women and civil rights icon Dr. Dorothy Irene Height, President Emeritus, led the organization for more than fifty years before passing in 2010. Dr. Height was a member of the so-called “Big Six,” a phrase coined by Malcolm X.

“The Big Six” refer to the chairmen, presidents, and leaders of six prominent civil rights organizations active during the height of the African-American Civil Rights Movement who were instrumental in the organization of the March on Washington for Jobs and Freedom in 1963, according to Wikipedia.

“It’s tough to leave,” Mathis admits during an exclusive interview. “Atlanta is an amazing place with so much going on and so much potential. People don’t flock here for no reason. What’s not to love about Atlanta? And, just when you think you are beginning to understand it and figure it out, you get the offer of a lifetime for somebody like me.” 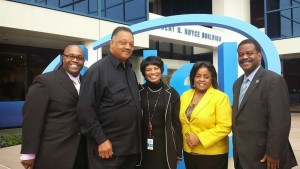 “Janis is very unique, very smart and very hard working,” opines Joe Beasley, the Rainbow/PUSH Southern Regional Director. “Jesse relied heavily on her. She will really be missed. Janice really is in that tradition Mary McCloud Bethune and Dorothy Height. She is filling some big shoes. But had she stayed with us, I suspect she would have soon succeeded Jesse. She’s that good.”

Rev. Jesse Jackson, speaking to this reporter from the Republic of Guinea where he is attending the inauguration of President Alpha Conde, calls Mathis a “brilliant lawyer and social activist.” He calls her his top aide and one of his closest friends, who will focus like a laser on economics in the Black community,

“If anybody can re-tool NCNW, it is Janice Mathis,” says Rev. Jackson.

Mathis sees herself making inroads in corporate America through the buying clout and cash of African American women. She says NCNW is poised and politically positioned for the new and next phase of the civil rights movement. You might call it black dollars matter!

“The thing I will take from Rainbow/PUSH and will transfer is my focus on economics,” she says. “Obviously there is a symbiotic relationship between politics and economics. You can’t have one without the other. They are like black eye peas and corn bread, they go together. We need more economic strength and we need more focus on how we direct our dollars. You see a lot of studies now about how much money we control, but how many institutions do we control with that money. Black women wear these Saint John suits and they spend billions of dollars on makeup and hair products, but how influence do we have with those organizations? So you will see a little bit of PUSH in my leadership style. Black women have a lot of buying power, a lot of financial decision making, a lot of banking, a lot of automotive, a lot of insurance, on and on and on. Suppose there as an NCNW seal of approval for various products that were sensitive to our concerns like Good Housekeeping?”

But you have been at or near the forefront of the civil rights movement with Jesse Jackson, I asked her. “But, that’s not the same thing as being the leader,” she says succinctly. “Then it’s your vision. Succeed or fail it will be on your watch. Right now people don’t really know NCNW. What do they do? Negro women; has time passed? But in two years from now if they know a little bit more about it, you can say cool—Janice made her mark.”

Mathis sees her role as “re-engineering and re-tooling” the venerable organization. “They don’t need reviving,” she says, “they are very much alive. Any organization that has 245 active chapters and more than 200 thousand members doesn’t need revitalization. They are alive and thanks to Ingrid Jones they are well. Coca Cola made that monumental million dollar gift in her honor when she retired, she made sure the taxes, the infrastructure, the audits were all in place so I’m just going in to put a little icing on the cake.” 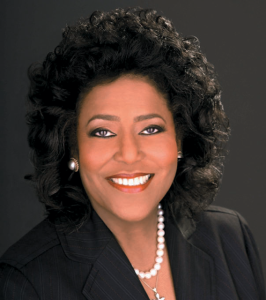 Ingrid Saunders Jones, the chair of NCNW, is a major Atlanta mover and shaker. She retired three years ago at age 67 as the Senior Vice President of Global Community Connections for The Coca-Cola Company and Chair, The Coca-Cola Foundation (Atlanta, Ga.). As the leader of Coca-Cola’s philanthropy efforts, she directed the company to contribute more than $460 million to support sustainable community initiatives.

She also recommended Mathis for the job, who then came out on top for the position after an exhaustive nationwide search that netted five finalists. “I have always been impressed with her leadership,” says Jones. “And, she is extraordinarily smart, but all smart people can’t lead. Janice does that and much more.”

Mathis’ new professional promotion comes at a tragic personal time for her unfortunately. The same day it was announced she would be the new NCNW leader, her husband of 24 years, Harry Johnson, died of a sudden heart attack. The 62 year old Johnson was the first Black new car salesman in Athens, Georgia.

While this has been the worst of times and the best of times for the grieving Mathis. She believes much is the same for Atlanta.

“To understand Atlanta you really have to understand how all the parts work together, I tell people you don’t understand Atlanta until you understand MARTA, Grady and the airport,” she says. “What I have learned about Atlanta is to look holistically at how African Americans are doing, not just in education but in economics and criminal justice and look across the spectrum. The thing that worries me about Atlanta is the income divide and the inequality gap. It exists between Blacks and Whites, but it also exists among Blacks. And, I worry that the better off and the least well off are insufficiently connected to each other. That was the key to our progress. There was this ethic, this moral code that you had a responsibility to bring somebody along with you, and if we lose that I think we are in trouble.”

Previous Article
The ‘Texas’ locomotive on the move to a new life
Next Article
Atlanta biz leaders on GE HQ loss: ‘We did everything we could do’