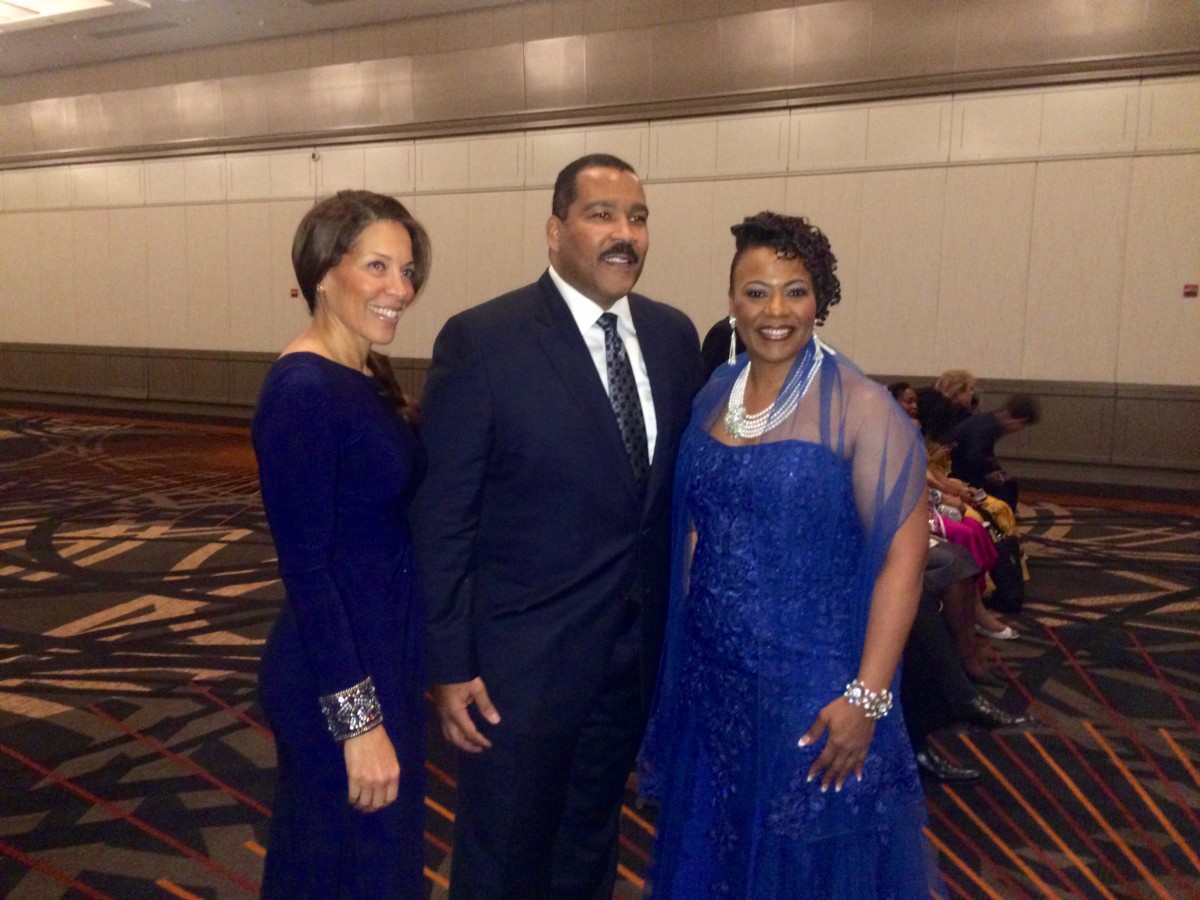 The three living children of Martin Luther King Jr. are close to reaching consensus on their legal disputes that have divided them over the past several years.

Dexter King and his wife, Leah Weber King, attended Saturday night’s Salute to Greatness Awards dinner, the first one he has been to in years. The Salute is the major fundraiser for the King Center, which was founded by their mother – Coretta Scott King.

“I think we are moving towards a resolution,” Dexter King said in a brief interview during a picture-taking session before the dinner started. “We are waiting for other parties to weigh in. We are scheduled to have a meeting sometime this week. We have come a long way.” 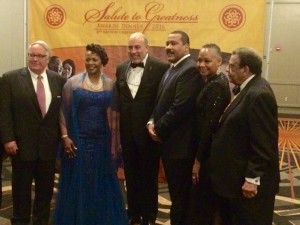 Dexter King credited former President Jimmy Carter and his grandson Jason Carter for helping work through the differences that have divided the three siblings.

“We are in mediation with President Carter, and it’s been very uplifting in a number of fronts,” Dexter King said referring to Carter’s ability to overcome cancer and the tragic death of one of his grandsons. “We are very humbled by his presence. He’s been very hands-on in the process.”

Another reason for the rapprochement of the three children is that Dexter has moved his primary residence from California back to Atlanta in south Buckhead. That has given the three siblings an opportunity to spend family time together and find areas of agreement.

“It’s wonderful,” Dexter King said about having moved back to Atlanta a few months ago. “My heart is in Atlanta because it’s home. But I’m also drawn to the water on the West Coast. I get in touch with my creativity. It’s where I wrote my book. I guess I’m bi-coastal.”

When asked about the differences with his brother – Martin Luther King III, and his sister – Bernice King, Dexter said they have never been personal. They have disagreed on issues related to the “family enterprise or business” – including the handling of the for-profit King Inc. or the nonprofit King Center. 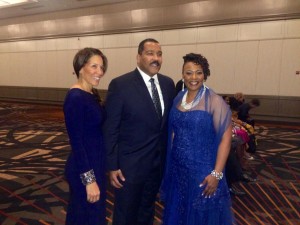 “It gets more attention because of who we are,” King said, adding that other well-known families also have had similar issues. “It’s very difficult to have unanimous agreements on everything.”

King said that as they have been seeking to build consensus, they have gotten closer. He also said the public’s “expectations of who we are is magnified” because of what their parents stood for. But, in the past, three siblings could not agree of a host of key issues – especially after his mother and his older sister – Yolanda King – had passed away.

“The only recourse for three very strong personalities is the legal system,” Dexter King said. “Mom is not here anymore to be the judge and arbiter and mediator. Your parents are your mentors, and you trust their wisdom, strength and their motives.”

Since Dexter and Leah have moved to Atlanta, they have been able to spend time with his siblings, which has given them and opportunity to focus on their relationships with each other rather than their differences.

For example, the three siblings and their friends and families spent New Year’s Eve together – welcoming 2016 as one family.

“I’m so happy to be here in Atlanta,” said Leah, who had been gently encouraging Dexter that they should return to Atlanta. “I’m overjoyed that the family is spending time together.” 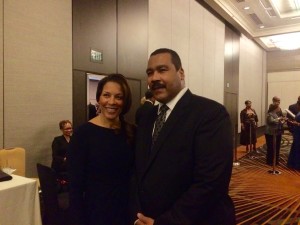 Dexter said he is not sure how long it will take to wrap up the negotiations on a possible agreement that would allow them to put their differences behind them. One lawsuit centered on what should happen with MLK’s Nobel Peace Prize medal and his traveling Bible.

The estate also includes several other items of great importance, including the home on Sunset Avenue where the King family lived when he was assassinated.

“We are talking to a couple of institutions on how to make sure the legacy is uplifted and continued in an appropriate way,” Dexter King said.

Bernice King, the CEO of the King Center, was coordinating the Salute to Greatness dinner, so she wasn’t available for an interview. But in her comments during the dinner, she gave a special shout-out to Dexter.

“I’m honored to have our board chair here tonight,” Bernice said, referring to Dexter King. Later she said: “I must thank the members of the King family from the bottom of my heart.”

Martin Luther King III initially had planned to attend part of the Salute to Greatness dinner, but he had to take a Saturday evening flight to Nashville for a speaking engagement. 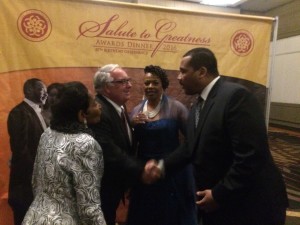