Atlanta Mayor Kasim Reed: MARTA bill may not be dead 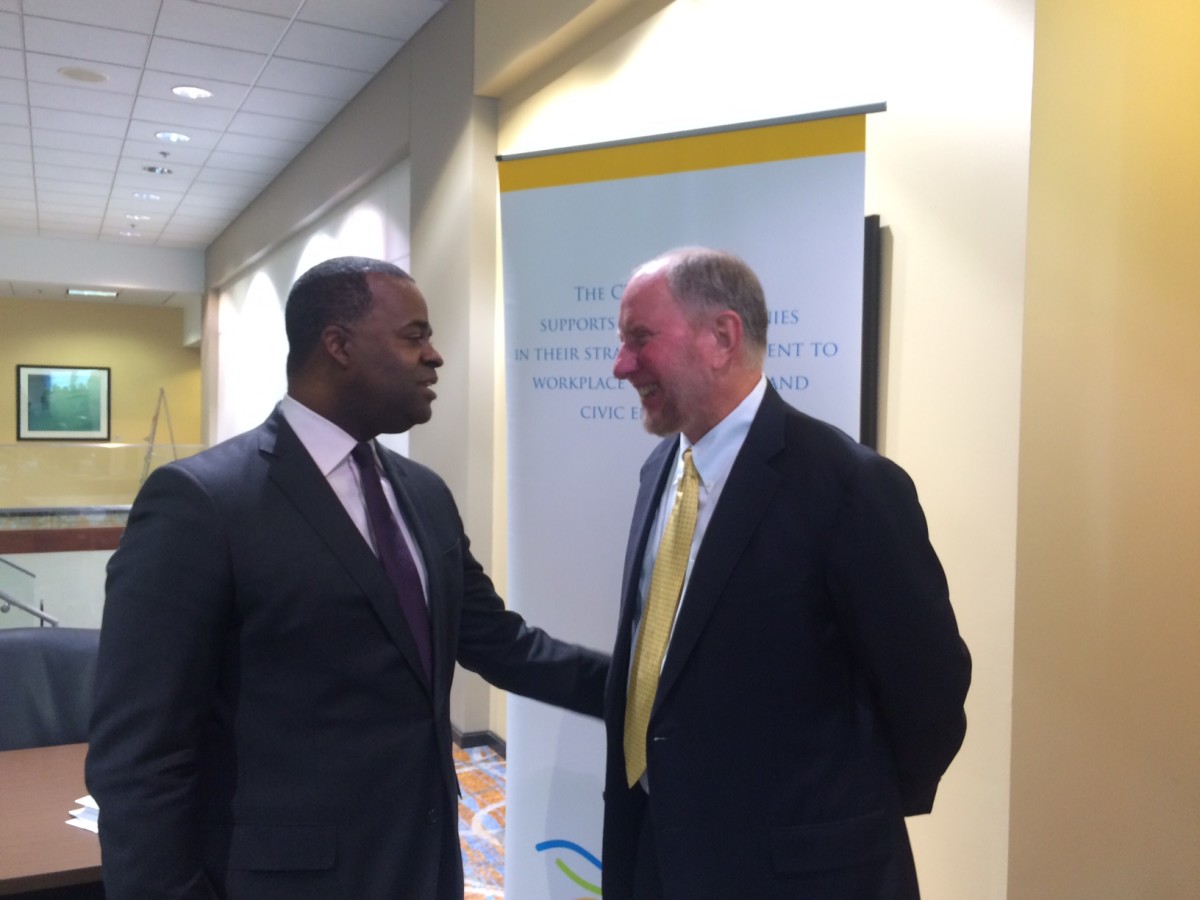 Atlanta Mayor Kasim Reed, speaking to a gathering of civic leaders Monday morning, gave a glimmer of hope that the MARTA referendum may not be dead after all.

At a conference about the “opportunity gap,” Reed said that if there were a transportation referendum without MARTA, “just count me out.” 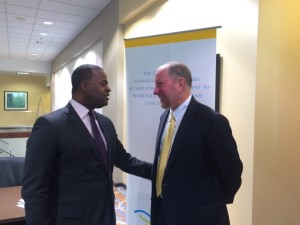 Atlanta Mayor Kasim Reed speaks with Robert Putnam, author of “Our Kids: The American Dream in Crisis.” Putnam of Harvard University was at the Corporate Volunteer Council Atlanta program on the Opportunity Gap on Monday. (Photo by Maria Saporta)

Then he added, without going into specifics: “Despite what some say, that issue is not over.”

After his public comments, Reed was asked to elaborate.

“My sense is that there’s a lot of discussion going on,” Reed said. “The movie is not over yet, and let’s just continue to stay at it. It’s not over until ‘sine die’ (the end of the legislative session).”

The mayor was asked if he had been talking about MARTA to House Speaker David Ralston or Gov. Nathan Deal, two leaders with whom he has had a close working relationship.

Reed answered that he had not.

What if Fulton County were to seek a full penny for a T-SPLOST in November for a five-year funding stream, assuming that MARTA would not be able to go to voters to get another half penny for another 40 years.

“That will not happen,” Reed said, quickly adding that Atlanta wouldn’t participate. “Without MARTA, there will not be a referendum that will pass,” Reed said.

In fact, in previous forums, Reed has said that he would launch a campaign to defeat the extra penny for non-MARTA transportation funding, which would bring the city’s sales tax up to 9 percent.

“Say no to nine,” Reed said – reinforcing what he has said could be the City’s campaign slogan.