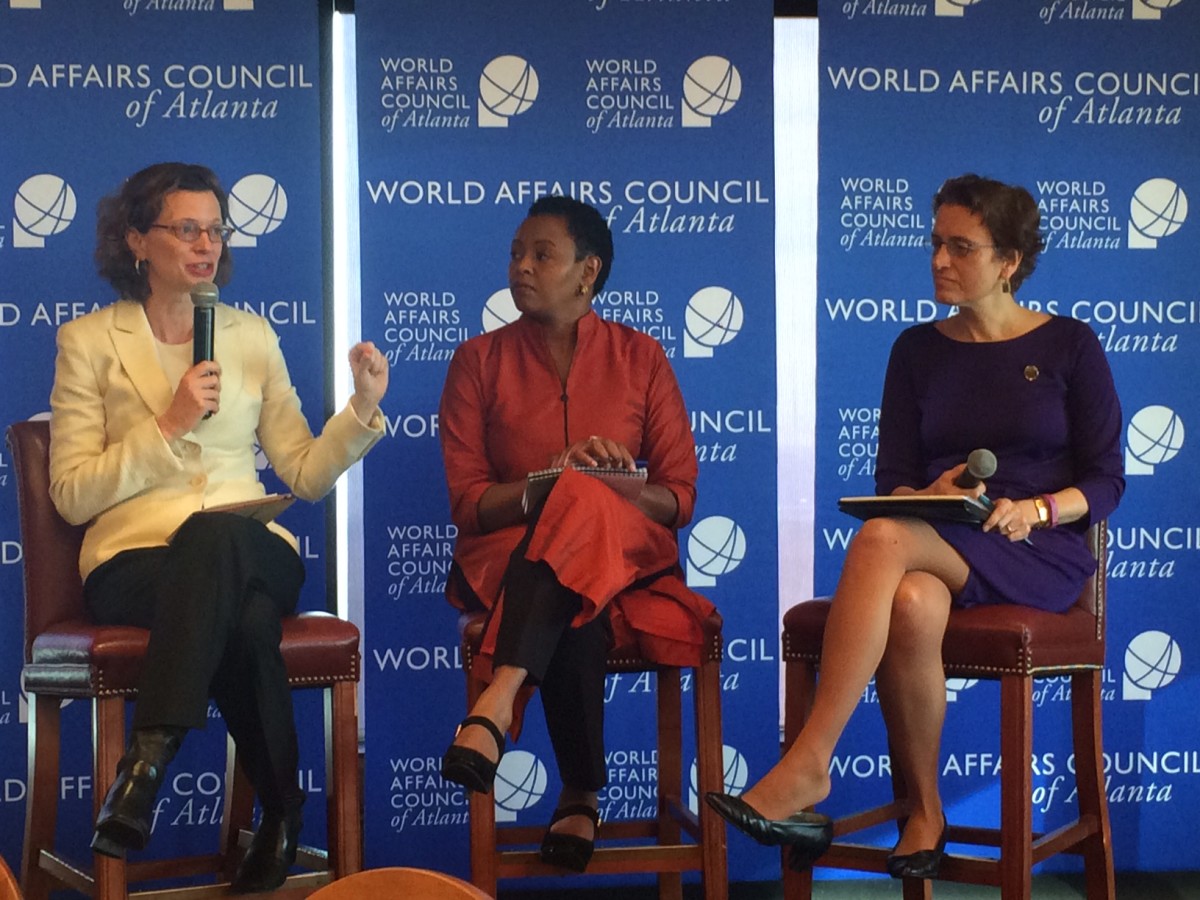 The World Affairs Council of Atlanta thought it was about time for our city to mark the day, according to Charles Shapiro, its president and CEO.

So the Council brought together Elizabeth Kiss, the president of Agnes Scott College; Michelle Nunn, the president and CEO of CARE; and Joyce Adolwa, CARE’s director of education programming, for a panel discussion at the City Club of Buckhead Tuesday morning.

According to the Independent, a U.K. news website, the first annual “International Women’s Day” was organized by German socialist and theorist Clara Zetkin, who brought together 100 delegates from 17 countries in March 1911.

Shapiro said New York City was an early adopter, but he said Atlanta has not had an annual event to acknowledge the day. 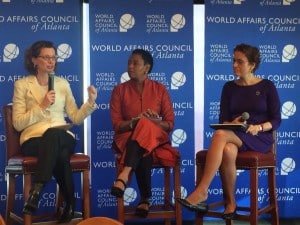 “We serve 70 million people in 90 countries,” Nunn said of CARE’s efforts. “We are focused on understanding that we won’t overcome poverty until we have parity for women.”

Much of the conversation focused on barriers, which extend to family expectations and cultural differences.

And there are underlying issues, such as having close access to schools or making sure that all household chores don’t fall on the women and girls.

So CARE tries to encompass its efforts for women and girls’ education to educating the whole family and the community.

Adolwa, who was born in Kenya and was raised in Nairobi, was fortunate to have a grandmother who understood the power of education and the need for all her children to benefit from having access to opportunities.

It’s an enlightened view that directly translates into financial independence.

“A child who is born to a literate (parent) is 50 percent more likely to survive to the age of five,” Kiss said. “And that child is twice as likely to go to school. A woman’s earnings will be 10 percent to 20 percent higher for every year of school.”

As Nunn explained, it’s a journey.

“It’s important for all of us to enlist our men – our fathers, brothers, husbands – into this,” she said. “We were empowering 21st Century women and sending them back to 18th Century husbands and fathers.”

And while there often are greater gender disparities in countries outside the United States, Nunn said we still have our challenges at home.

At the end of the breakfast, Shapiro asked the group of mainly women whether Atlanta should celebrate the International Women’s Day next year.

The answer was a unanimous yes.