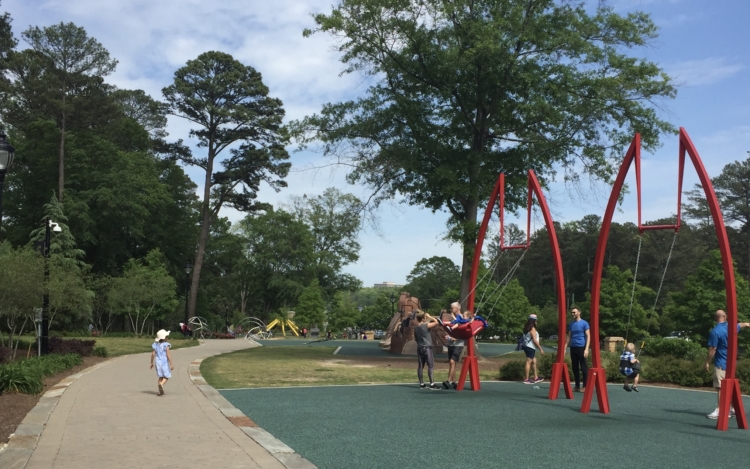 Sandy Springs is moving forward briskly with planning for an estimated 17-mile set of trails to link parks, Perimeter Center and the city’s central park. The city council has allocated $750,000 to further a plan still on the drafting tables at PATH Foundation. 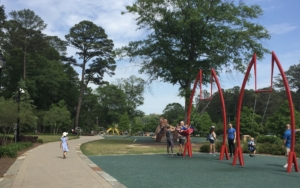 The $750,000 is a drop in what will be a multi-million-dollar bucket to build the trail system over time. That said, the money the council put in a budget that takes effect July 1 marks a commitment to continue a greenspace expansion program that was at the center of the campaign that led to the city’s incorporation in 2005.

The trail project brings plenty of challenges and opportunities. A big opportunity identified in a set of preliminary findings presented at a public meeting June 19 includes connecting Marsh Creek, a tributary of the Chattahoochee River, with the Abernathy Greenway Park.

Planners are being asked to thread a trail system through a densely developed city. They don’t have the benefit of an existing corridor to form its spine, as does Ga. 400 for PATH 400 and a rail line for the Atlanta BeltLine. Yet confidence is high the system can be designed and built, according to Ed McBrayer, co-founder and executive director of the PATH Foundation.

“Sandy Springs has an incredible opportunity to weave a greenway and trail through the city, even though it is densely developed,” McBrayer said in an email. “It is possible to connect the trails along the existing Chattahoochee and City Springs to virtually every neighborhood in the city.”

PATH has a contract to design the system and has brought in Kaizen Collaborative. Kaizen has worked on Atlanta’s planned Proctor Creek Greenway Trail, in addition to providing construction designs for more than 100 miles of trails in the Southeast. 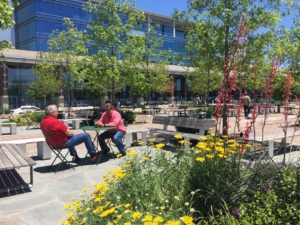 Likewise, the Sandy Springs Conservancy is optimistic the trails can be built and will add to the park amenities it is working to enhance. The conservancy helped the city pay for the trail master plan and intends to assist the project as appropriate in the future, Executive Director Melody Harclerode said.

The conservancy was formed in 2001 and has helped with projects including the city’s signature Abernathy Greenway Park. The linear park features six playable art structures that brighten the view of commuters along Abernathy Road, the thoroughfare leading to the bridge at Johnson Ferry Road that crosses the Chattahoochee River.

Sandy Springs Recreation and Parks Director Michael Perry cited some practical considerations facing the trail plan. For starters, 17 miles is the current talking point, but that length is likely to changes as planners encounter the realities of construction design. The $750,000 is just a starting point for a project with total costs likely to be measured in millions of dollars a mile.

All that said, the project has moved forward at a pace that some governments would view as expedited. 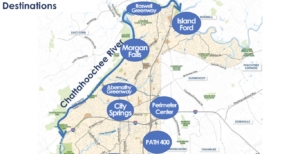 A planned trail network would weave through Sandy Springs to connect parks and other destinations. Credit: sandysprings.ga.gov

The trail system represents what may be the final step to knit together the city’s greenspace program. Greenspace, and the quality of life it represents, has long been important to Sandy Springs’ civic leaders. Eva Galambos said as much in 2010, when the city opened its first park – Morgan Falls Overlook Park – just as the Great Recession was ravaging the city’s spending capacity.

Galambos, the city’s first mayor who’s often referred to as the city’s “founding mother,” said at the time that Overlook Park may be the last one built for a time. She predicted that future city officials would renew the effort as the economy improved. City officials and their lead parks partner, Sandy Springs Conservancy, are working to establish new parks and link them with trails. 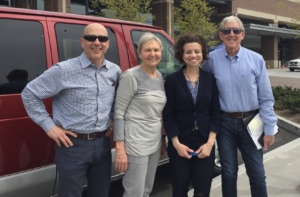 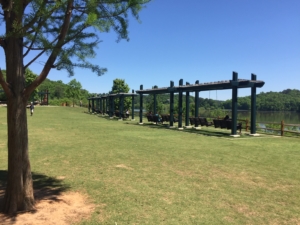 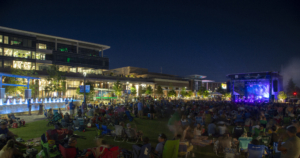 The greenspace converts to an amphitheater for performances at Sandy Springs’ City Green Park. Credit: City of Sandy Springs