Editor’s Note: This is the second of two stories on framework plans by Georgia Tech students for the Northside Drive corridor in Atlanta.

West End may be an ideal candidate for redevelopment in this unusual era of the economy. 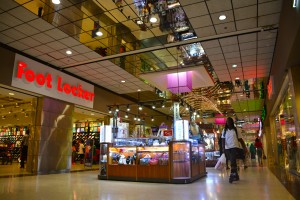 The newly released study of West End by Georgia Tech students sees opportunities in situations that would have been clear threats to redevelopment before the great recession. The report suggests that West End is ripe for new investments in retail and residential.

These ventures could both stabilize and benefit from the redevelopment of a stretch of Northside Drive, an historic industrial corridor that begins at the tip of Buckhead, passes Atlantic Station and the future Falcons stadium, and ends in the vicinity of West End and Fort McPherson.

A main starting point in the rebuilding of the West End neighborhood is to construct more retail buildings on the site of the existing Mall West End. This proposal is more than ambitious, in light of the neighborhood’s dim economic indicators.

However, the recession has prompted new theories about development. The old axiom, “retail follows rooftops,” has been challenged in research presented by two city officials in Charlotte. A 2011 report states, in a section titled, “Myths and Reality:” “Retail follows rooftops – depends.” 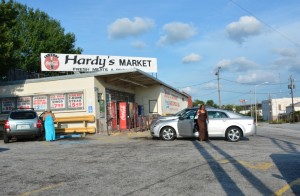 Hardy’s Market helps West End’s NPU rank sixth best of Atlanta’s 25 NPUs in terms of access to food, which is a significant problem in some Atlanta neighborhoods. Credit: Donita Pendered

Considering the questions raised by the Charlotte report, the students’ suggestion about the timing of West End’s redevelopment may seem less far-fetched. The report contends in a section on housing:

By starting with Mall West End, the report begins with a mall that represented hopes for a bright future for the community when it opened in 1973. An older commercial district was razed and the mall opened within earshot of I-20, which was constructed at about the same time along the northern border of West End.

Incidentally, even the name of the mall is the stuff of urban myth. The report names it, “Mall at West End,” as is its vernacular name. The mall’s website names it Mall West End.

The entire mall is about the size of a large Walmart, as it measures 151,000 square feet. The students report the mall is about 90 percent occupied, mostly by mom and pop shops but with a few national retail chains. 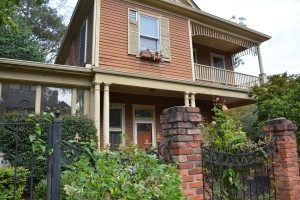 The cost of maintaining the older homes typical in West End can be problematic. Credit: Donita Pendered

The mall occupies a site that amounts to a super block with one side facing Lee Street. The students propose to develop Lee Street into a pedestrian-oriented gateway leading from the Atlanta University Center into West End.

The West End plan is one of four related to Northside Drive that have been devised by Georgia Tech students working under the guidance of Mike Dobbins, a Tech professor of practice and former Atlanta planning commissioner. The other studies focused on Northside from Buckhead to West End; the intersection with Martin Luther King Jr. Boulevard, where the Falcons stadium is being built; and Fort McPherson, located a quarter mile west of Northside Drive and two miles south of West End.

In regards to housing, the report makes the case for using a combination of programs to promote development and protect existing homeowners from being hammered if property taxes increase dramatically.

Property values are expected to rise sharply, as they have in other neighborhoods along the Atlanta BeltLine. As values increase, taxes rise, and current residents may no longer be able to afford to stay in their homes, according to the report.

The West End Trail was the first of the BeltLine’s trails to be built and it now reaches 2.4 miles from White Street to Westview Cemetery, passing through West End, according to beltline.org. 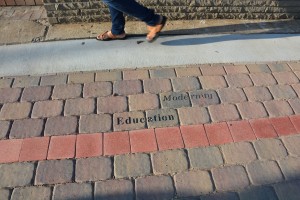 A timeline in the brick sidewalk in front of Mall West End reminds pedestrians of the neighborhood’s history. Credit: Donita Pendered

The array of approaches that could enable residents who are vulnerable to rising property values to remain in their homes include:

These approaches could help address a housing stock that faces more than its share of problems, according to the report: 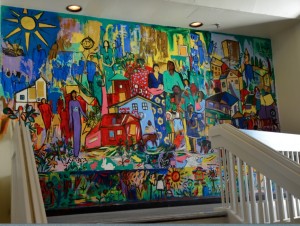 “Art Does the Body Good” brightens one end of the Mall West End. The piece by Malika Favorite was installed in 1999 through a collaboration of The Fulton County Arts Council, Fulton County’s departments of Health and Wellness and Public Buildings, and Volunteer Fulton. Credit: Donita Pendered 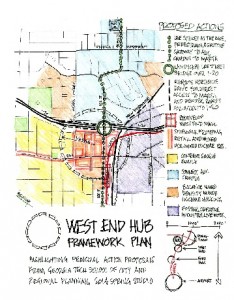 Georgia Tech students have proposed a framework for redeveloping the West End commercial district and its environs. Credit: Georgia Tech 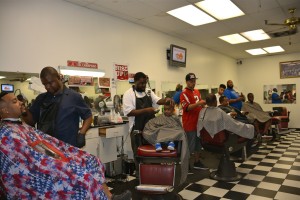 The barbers in this shop at Mall West End are so sought after that two dozen patrons waited their turn in a chair. Credit: Donita Pendered 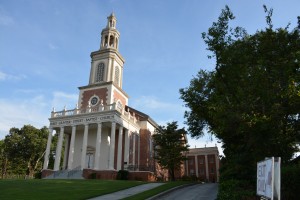 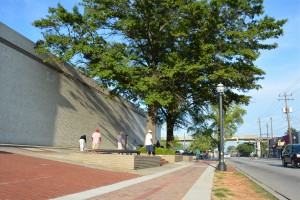 Mall West End opened in 1973, during an era when some public buildings had few exterior doors and windows. Credit: Donita Pendered 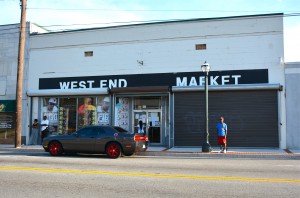 A retail strip of mom and pop shops, located on Ralph David Abernathy Boulevard across from Mall West End, is a popular destination. Credit: Donita Pendered 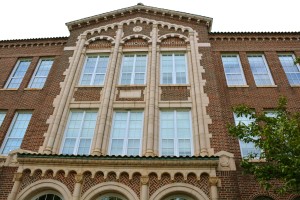