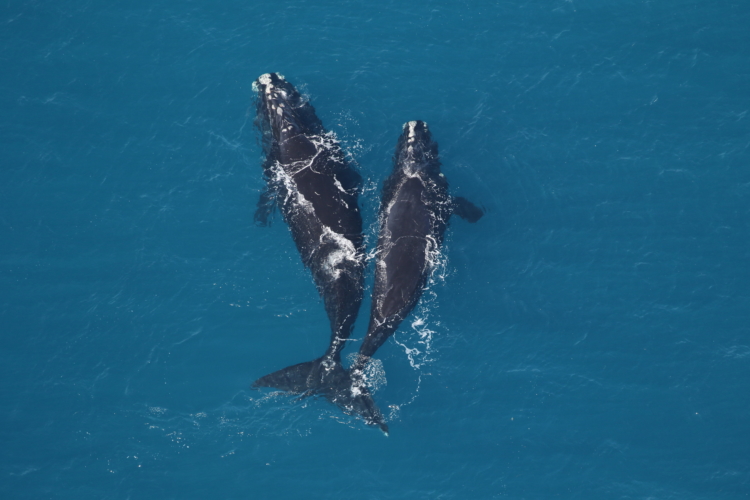 The complete story of last week’s vote in Congress to ban offshore oil drilling isn’t evident in the final tally of votes. A “No” vote from Georgia’s representative from the coast belies his efforts to support the opposition to drilling off Georgia’s coast that’s been voiced by his constituents and Gov. Brian Kemp. 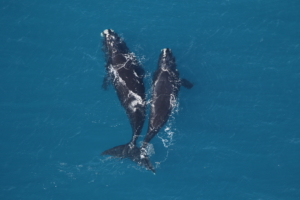 Endangered right whales, such as this adult and juvenile spotted off Georgia’s coast, are threatened by seismic testing and other steps involved in offshore oil exploration and extraction, according to NOAA. File/Credit: Sea to Shore Alliance/NOAA permit 20556

The situation underscores the delicate balance involved in the politics and policies of energy and environment. The federal law that was enacted in 1953 itself names the challenge:

The congressional vote on Sept. 12 energized the discussion over President Trump’s plan to open almost the entire U.S. offshore continental shelf to oil extraction, as has the weekend attack on Saudi Arabia’s oil producing infrastructure.

Georgia’s governor summed up one viewpoint of the domestic side when he affirmed in March that he, “remains supportive of offshore drilling, but not off the coast of Georgia.” Last week, Congress voted the opposite, banning in a largely party-line vote all leasing for energy purposes in the nation’s waters in the Atlantic and Pacific oceans. The measure is non-binding.

U.S. Rep. Buddy Carter (R-Savannah) has been singled out in some media accounts for his “No” vote on the House resolution. The vote appeared to fly in the face of opposition voiced by the governor and by city councils up and down the coast that Carter represents, including Pooler, where Carter served as mayor from 1996 to 2004.

These accounts don’t mention three amendments Carter submitted – any of which could have provided an avenue to protect Georgia’s offshore continental shelf from President Trump’s oil extraction policy. 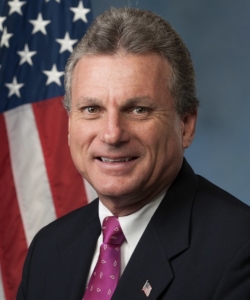 Paulita Bennett-Martin cited Carter’s amendments in a conversation about the passage of the House resolution. She’s been mobilizing coastal communities on the oil issue on behalf of Oceana, an environmental group, and later observed in a statement:

Bennett-Martin didn’t give Carter a complete pass. She went on to observe of Carter’s proposed amendment package:

Carter filed three amendments. All three were blocked in the House Rules Committee, which his office said meant they weren’t eligible for discussion in the House debate of House Resolution 1941.

Here are highlights of each proposed amendment, as characterized by Carter’s office: 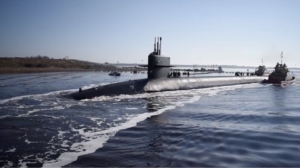 The USS Rhode Island returned to Naval Submarine Base Kings Bay in May following a test launch of a ballistic missile. Credit: U.S. Navy via YouTube

The third item addresses Naval Submarine Base Kings Bay. The base is home to five ballistic-missile submarines, each capable of carrying and launching up to 20 ballistic-missiles with multiple warheads, according to a caption on a YouTube video the Navy posted in May of the USS Rhode Island’s return to base following a test launch.

In his remarks from the well of the House last week, Carter said he sent a letter in April to the Secretary of the Interior David Bernhardt citing his opposition to energy exploration off Georgia’s coast. Carter noted that his letter followed a vote in the Georgia House in favor of a resolution that voiced, “opposition to oil exploration and drilling activities, including seismic testing, off of the Georgia coast.”

Previous Article
Piedmont, Botanical Garden expansion going through “quiet period”
Next Article
Atlanta Convenes: IoT/Smart Cities Gamechangers from Around the Globe are Solving the Most Pressing Issues of Our Time