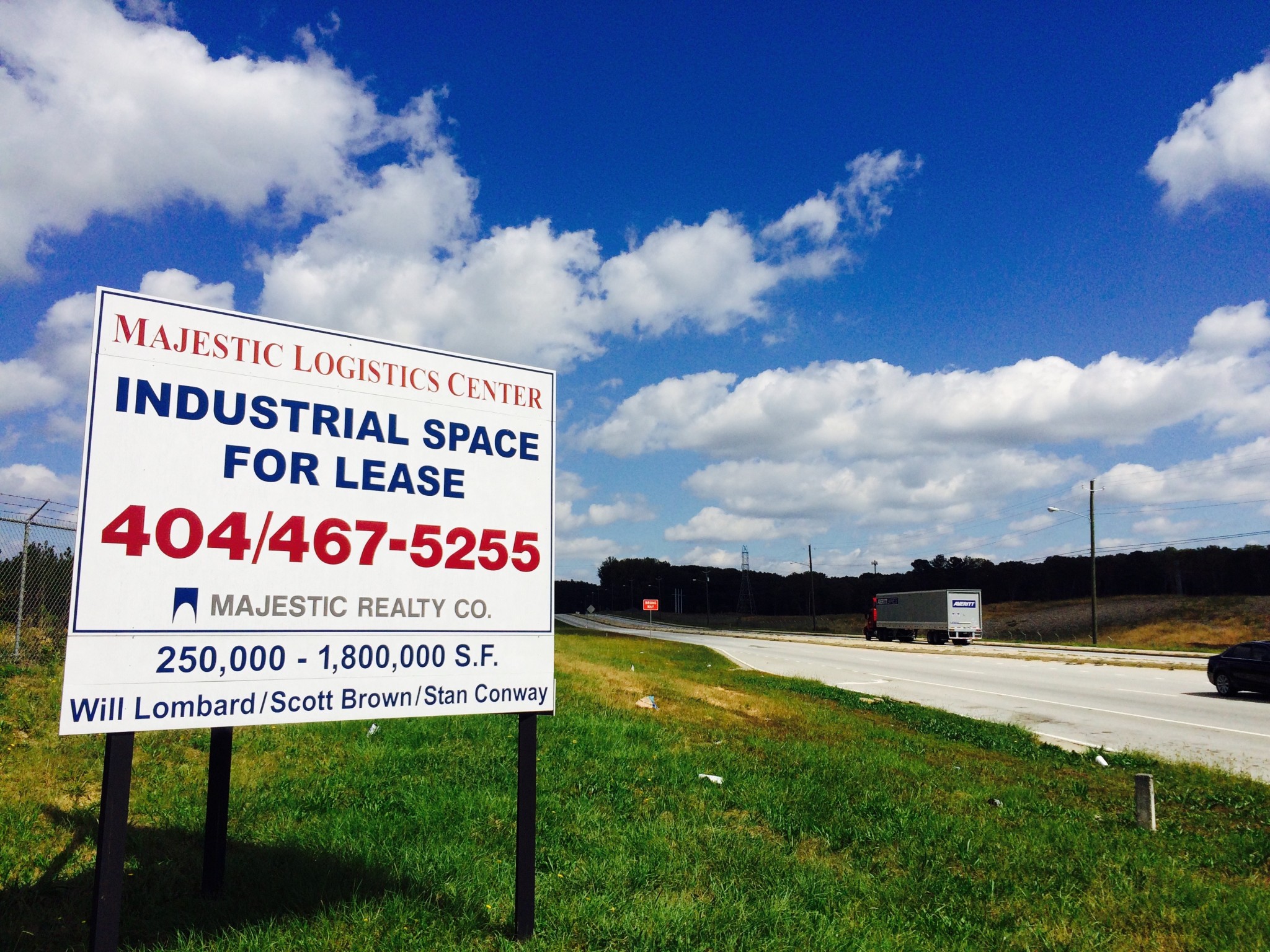 Mary Williams died 170 years ago, and her grave is providing lessons about Atlanta’s pioneer days – including a murder – as plans are made to move her remains to Oakland Cemetery. 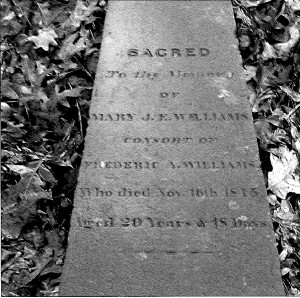 This obelisk at the grave of Mary Williams, now located near Fulton County Airport-Brown Field, is to be relocated with Williams’ remains to Oakland Cemetery. Credit: City of Atlanta

“The father of Mary Williams was John B. Nelson, who was murdered the year Mary was born, as one of the first murders denoted in DeKalb County that I can find out about,” said Williams’ descendant, Richard Whitner.

“Mary, of course, died giving birth in 1845,” Whitner said. “She was only 20 years old. Mary was my grandmother’s grandmother.”

Mary’s husband, Frederic Williams, never remarried. Evidently, he never recovered from Mary’s death. The once-successful businessman spent his remaining 38 years in the care of his mother or children.

All this information, and more, has come to light because a warehouse is to be built on a tract of land that includes and surrounds the Williams family cemetery. The site is just to the north of Fulton County Airport-Brown Field. The history that’s been gathered in the process of gaining permission to move the five to 10 known graves has surprised even the descendants, Whitner said.

“We found some history we never knew existed,” Whitner said during a Sept. 29 public hearing before the Atlanta City Council’s Community Development Committee regarding the proposed relocation of the remains. The exact number of graves won’t be known until earth is removed from the area. 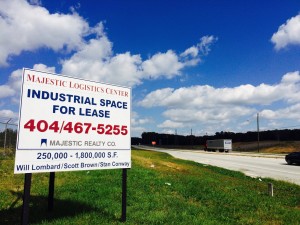 Majestic Realty Co. and Fulton County have partnered to build a warehouse on land behind this sign and fence. First, the remains of five to 10 humans are to moved from a cemetery located at the center of the development planned along Fulton Industrial Boulevard. Credit: David Pendered

“DeKalb County went all the way out to the river at that time,” Whitner said. “They had a fire in the 1840s and lost records in that area. It’s been difficult to find some information about the family.”

New South Assoc., of Stone Mountain, has uncovered information and provided a fascinating account of the cemetery and the family that came to occupy it. New South was hired to do the genealogical research by Majestic Realty Co., which intends to build the warehouse on land it intends to lease for 50 years from Fulton County, according to the company’s attorney, William “Woody” Galloway.

New South projected the total cost of relocating the graves at $85,833.52.

The Atlanta City Council voted Oct. 5 to approve the relocation of the remains, which has the blessings of their descendants. On Monday, the legislation was awaiting the signature of Atlanta Mayor Kasim Reed.

The story that unfolds in New South’s report notes that Mary Williams’ father bought the franchise to run a ferry across the Chattahoochee River, perhaps in the 1820s. The father, John Nelson, ran the ferry to what now is Cobb County from a landing near the mouth of Sandy Creek, near the site of the cemetery. Nelson was murdered and this is how the report describes the situation: 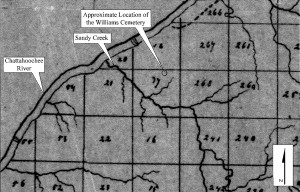 This excerpt of an 1864 map shows the Williams Cemetery is located east of the confluence of Sandy Creek and the Chattahoochee River. Fulton County Airport-Brown Field was built south of the creek. Credit: City of Atlanta

Incidentally, Franklin Garrett, whose work was cited, was the official historian of Atlanta and wrote a tome that remains the most comprehensive history of the region, Atlanta and Environs: A Chronicle of its People and Events.

Nelson’s son, Allison Nelson, assembled a considerable fortune and married the daughter of another prominent plantation family, Mary L. Green. Nelson raised a garrison that served in Mexico during the war with Mexico, served as mayor of Atlanta in 1855, owned 16 slaves who worked his farm, and served in the Confederate Army in Texas during the Civil War, according to the report.

And here’s where the story takes a turn.

Garrett wrote that Nelson had a daughter, Mary Williams. However, the report observes: “No historic documentation has been found to corroborate this assertion.”

In the early 1840s, Frederic Williams married Mary. They had three children, and Mary Williams died weeks after giving birth to a daughter, also named Mary Williams. The deceased mother was buried beneath an obelisk in the family cemetery, which was located on a hilltop overlooking the ferry landing at the juncture of Sandy Creek and the Chattahoochee River.

The obelisk is about 5 feet tall and about 18 inches wide. The inscription reads:

Soon, Mary Williams’ remains will be interred near those of her husband in Oakland Cemetery. The remains of the others buried in Williams Cemetery are to be interred in Barber Cemetery, in Mableton.

Previous Article
Enough already: Time for City of Atlanta, Atlanta BeltLine and APS to reach a deal
Next Article
House pandemonium a lead-in to Democratic debate