Big changes are underway at Public Broadcasting Atlanta — including the name.

This week, Public Broadcasting Atlanta will be replaced by an umbrella brand — WABE — best known as Atlanta’s public radio station. It is all part of a strategy to catapult WABE across multiple media platforms to better cover the Atlanta region.

“We have been trying to operate with three different brands,” said Ken Bernhardt, a marketing professional who is the incoming chair of WABE’s board. “We have been trying to support three brands with limited resources. It made no sense, and it caused confusion. This allows the entity as a whole to be under one brand, and the brand that had the greatest equity was WABE.” 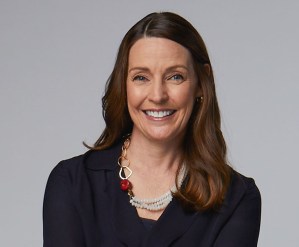 The idea to consolidate the brands under the WABE banner grew out of a strategic planning process the board undertook last year and is now implementing. All the content will be housed at a new wabe.org website, which will go live later this month.

Jennifer Dorian, president and CEO of Public Broadcasting Atlanta and the WABE media channels, celebrated her one-year anniversary with the stations on Jan. 11. She helped steer the strategic plan.

Focus groups revealed that only 6 percent of Atlantans were aware of ATL PBA, while there was 40 percent awareness of WABE.

“What I saw was an opportunity to create an umbrella brand — our radio station, our television station and our digital hub,” Dorian said in a recent Zoom interview. “It’s about unifying our assets under the one name, and it’s about ramping up our content, which will benefit the entire community.”

WABE reaches 36 counties and 6.5 million people in the greater Atlanta region. Its audience reflects the diversity in the region with 34 percent African Americans.

As part of the re-branding, WABE will be getting a new logo and a new slogan — Amplifying Atlanta.

The reinforcement of the brand is coming at an important moment for the public broadcasting entity. In 2023, it will celebrate its 75th anniversary. Although the license is held by the Atlanta Board of Education, WABE retains editorial and operational independence. In 1994, it became a free-standing nonprofit that relies on donations and community support to meet its $15 million annual budget.

“We have enjoyed community support with 84 percent of the money that pays for our stations coming from metro Atlanta through donations and memberships, underwriting, sponsorships, grants and foundations,” Dorian said.

Listening to Dorian, it is clear this is only the beginning. She said year one was about putting together the strategic plan and designing the re-branding of the stations. Year two will be about transforming its digital operations and creating more original content, including repurposing programs put on by various civic organizations, such as the Atlanta Regional Commission, the Atlanta Press Club, the National Center for Civil and Human Rights, the Alliance Theatre among others.

“It’s not just about re-branding,” Dorian said. “It is setting us up for success. It’s so we can do more — more original content and more local coverage. We are proud to be a true community station. There’s a lot of room for service and growth, including podcasts.”

As an example, Dorian pointed to Killer Mike’s “Love and Respect” television program on Friday nights, with the second season of 32 episodes kicking off Jan. 14 featuring an interview with Bernice King, CEO of the King Center. 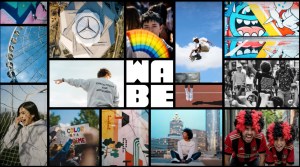 An image that’s part of the rebranding of WABE.

“Because we are a film and television production town, Atlanta is full of creators and content makers who have no home,” Scott said, adding WABE is looking to partner with artists and content creators to provide more local content. Currently, 80 percent of the programming on WABE-TV is PBS content.

“We are doubling down on Atlanta,” he said. “We are going to focus our content on telling Atlanta stories.”

Andrew Feiler, the outgoing board chair of what has been Public Broadcasting Atlanta, said it’s a continuation of a decade-long transformation of WABE from a classical music station to one that’s all news and talk shows.

“Over the past decade, led by the board, Wonya Lucas [former CEO] and Jennifer Dorian, we have transformed this organization into an essential pillar of Atlanta,” Feiler said. “While we have been on this extraordinary upward trajectory, there’s so much more we can be doing.”

For Dorian, WABE is a way for her to perform a public service. After working at Turner Broadcasting for years, she is relishing working for a nonprofit media organization. 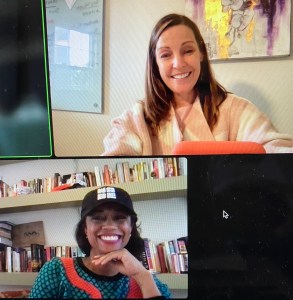 “I wanted to be a public servant,” Dorian said about when she left the Turner organization. “I’ve been in Atlanta since I was 12. This is a way for me to get to know more about Atlanta. WABE is a great way to connect with so many people.”

The new leadership also is being welcomed by the board.

“I was thrilled that we were able to attract Jennifer Dorian to be the CEO,” Bernhardt said. “She has a strong TV background… and she has an understanding of the changes going on in the media environment. Jennifer has been an innovator her whole career, and she’s bringing that thinking to WABE, and challenging everything.”

While it is confusing to have multiple PBS stations in the Atlanta market, the new strategic plan better differentiates WABE from Georgia Public Broadcasting by focusing on the Atlanta region and by “Amplifying Atlanta” to the world beyond. Of the 2,600 stories created by WABE’s newsroom last year, 250 were picked up by National Public Radio.

Get Ready to Vote for the Georgia Outdoor Stewardship Act
SaportaReport April 2, 2018 3:32 pm

Get Ready to Vote for the Georgia Outdoor Stewardship Act