Since the world turned upside down in 2020, it perhaps makes some sort of oddball sense that we look to traditions like award shows to give us an illusion of balance. But with theaters shut down for much of the year, nobody knows exactly what to expect from the granddaddy of all the award shows, the 93rdannual Oscars.

The nominations, which were announced March 15, are generally encouraging. There were snubs (as usual) and questionable picks (as usual). But overall, it’s a good group with only a few omissions that really get your gut.

“The Father” Based on a French play, it shines with British acting royalty like Anthony Hopkins and Olivia Colman.

“Judas and the Black Messiah” Oscars not so white anymore.

“Mank” The sort of movie that might’ve been a runaway frontrunner in a normal year (Thankfully, it’s not a normal year).

“Minari” Another unexpected and well-deserved nomination.

“Sound of Metal” Not my choice, though I recognize it has much to offer.

“The Trial of the Chicago 7” If “Nomadland,” “Minari” and “Promising Young Woman” weren’t nominated, I’d be soooo behind this movie.  Baby Boomers have rarely looked so good.

“News of the World,” the Tom Hanks western, is just wonderful and a lot better than “Mank.” Better than “Sound of Metal” too. I’m surprised that “Ma Rainey’s Black Bottom” and “One Night in Miami” were left out.  Neither is one of my faves, but still…both are better than “Mank.” So is the miniscule indie “First Cow.” And Spike Lee’s “Da 5 Bloods.” And, gee, I wish the Oscar voters had had the moxie to go with “Borat Subsequent Moviefilm,” one of the best – and most important – pictures of 2020.

Riz Ahmed, “Sound of Metal” It is impressive work (He’s a musician losing his hearing). Plus, he’s the first Muslim to break into this category.

Chadwick Boseman, “Ma Rainey’s Black Bottom” How could he not be nominated? For this performance, for his past performances and for all his future performances we won’t get to enjoy.

Anthony Hopkins, “The Father” This is the best work of the year. As good as his Hannibal Lector.

Steven Yeun, “Minari” Gosh, from cocky young Glenn in “The Walking Dead” to Oscar nominee. Love this journey. Plus, he’s the first Asian American ever to be nominated for Best Actor.

C’mon Academy. What’s your beef with Tom Hanks? He is beyond superb in “News of the World.” Okay, he already has two Oscars, but so does Frances McDormand. And you could’ve gone out on a limb and recognized Sasha Baron Cohen for his Borat movie. Delroy Lindo could’ve used the boost for “Da 5 Bloods,” but it seems the Academy is feeling as dismissive of Spike as it is of Hanks.

Viola Davis, “Ma Rainey’s Black Bottom” She is now the most nominated Black actress in history.

Andra Day, “The United States vs. Billie Holiday” She’s the best thing in a bad movie.  But her nomination proves the Globes still have a certain power.

Frances McDormand, “Nomadland” It’s between her and Carey Mulligan.

Mostly Amy Adams (“Hillbilly Elegy”) who may be en route to becoming the next Glenn Close (always in the mix, never a winner).

Sacha Baron Cohen, “The Trial of the Chicago 7” Very glad to see his acting chops being recognized.

Daniel Kaluuya, “Judas and the Black Messiah” Fine with me.

Leslie Odom Jr., “One Night in Miami” Fine with me.

Paul Raci, “Sound of Metal” Okay with me.

Lakeith Stanfield, “Judas and the Black Messiah” Fine with me.

How can they ignore the rest of the “Chicago 7?” Especially Eddie Redmayne and Mark Rylance.  And what about adorable Alan Kim from “Minari”?

Glenn Close, “Hillbilly Elegy” What is known as a Pity Nomination (her 8th). She’s been so much better in so many things.

Olivia Colman, “The Father” She’s spectacular. But then, she always is.

Amanda Seyfried, “Mank” Another best thing in a bad movie.

Yuh-jung Youn, “Minari” She’s spectacular, too. Glad the Academy took the time to notice. First Korean to be nominated in this category.

Close just isn’t much as MaMaw (Her t-shirts do a lot of her acting for her). Two much better choices: Helena Zengel, the wild child in “News of the World,” and Jodie Foster in “The Mauritanian.” (or maybe just her reaction when she won an unexpected Golden Globe)

Emerald Fennell, “Promising Young Woman” Though we know her as Camilla in “The Crown,” this is her feature film debut Wow. I mean, wow!

David Fincher, “Mank” 21st-century Hollywood showmanship at its showiest. Waste of a nomination.

Thomas Vinterberg, “Another Round” He’s very good (Check out “The Hunt” and “Far from the Madding Crowd”). He’s also superfluous.

Though I’m not a huge fan of “One Night in Miami,” I think Regina King deserved Fincher’s slot. And no Aaron Sorkin for “Chicago 7?” The Academy needs a good slap (and remember, the whole world is watching….) 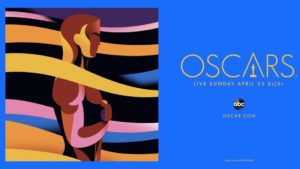