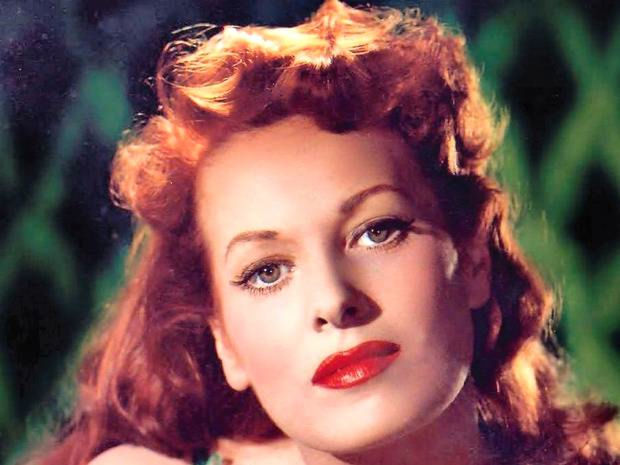 She was one half of one of the most passionate kisses in the history of movies.

John Wayne pulls Maureen O’Hara to him in the midst of a violent storm and plants one on her.  The scene is from “The Quiet Man,” John Ford’s romantic and thoroughly pixilated movie about an Ireland that never was but kind of always is. 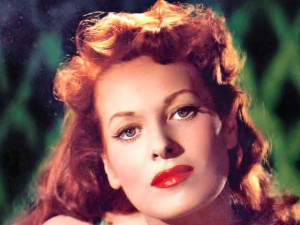 However, the scene may also be familiar to anyone who’s seen “E.T. the Extra-Terrestrial” (and is there anyone who hasn’t?). E.T. is watching “The Quiet Man” on TV.  When Wayne grabs O’Hara, E.T. psychically transfers their passion to Elliott (Henry Thomas) who then grabs a cute classmate and kisses her.

Maureen O’Hara was the very essence of the fiery Irish colleen, right down to her bright red hair, which positively flamed when captured in Technicolor (The flashing green eyes didn’t hurt, either). The actress, who died this past weekend at age 95, made over 50 films.

She began her career at the Abbey Theater, then was brought to the movies by Charles Laughton, who wanted her as his co-star in “Jamaica Inn.”

The director, incidentally, was Alfred Hitchcock, whose predilection for blondes over redheads was apparently was no match for the one-two punch of O’Hara’s beauty and Laughton’s insistence. 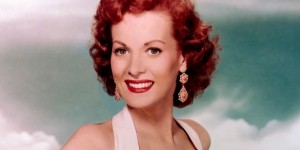 Laughton was also responsible for introducing her to Hollywood. She played the Gypsy Esmeralda to his Hunchback in a lavish remake of “The Hunchback of Notre Dame.”  The role was a good news/bad news situation. Though it made her a star, the shooting schedule meant she couldn’t work again with Hitchcock, who had offered her the lead in “Rebecca.” Joan Fontaine took the part instead — and took home an Oscar.

“The Quiet Man” remained her favorite film — music from it was played at her funeral — but she stacked up an impressive number of classic pictures. Among them: “Miracle on 34th Street” (as little Natalie Wood’s mom), “How Green Was My Valley,” “Rio Grande” “The Parent Trap” and “McClintock!” 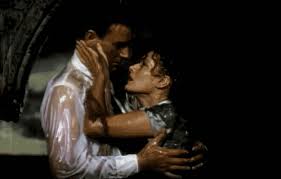 Pirate movies became something of a specialty.  Sometimes, she was the eye candy (“The Black Swan,”); others, she was the swashbuckler (“Against All Flags”).  Her final film was “Only the Lonely,” made in 1991, in which she played John Candy’s strong-willed mother.

Strong-willed women were her specialty.  As she wrote in her autobiography, “’Tis Herself,” “An Irishwoman has guts and stands up for herself.  She believes she is the best at whatever she does. She is not above a sock in the jaw if you have it coming.”

Or, as Wayne once put it, O’Hara was “one helluva dame.”  Having survived a couple of those socks to the jaw (or attempted ones, anyway) in several of their movies, he, of all people, should know.