Abrams gets a gentle reminder the buzz can’t last forever 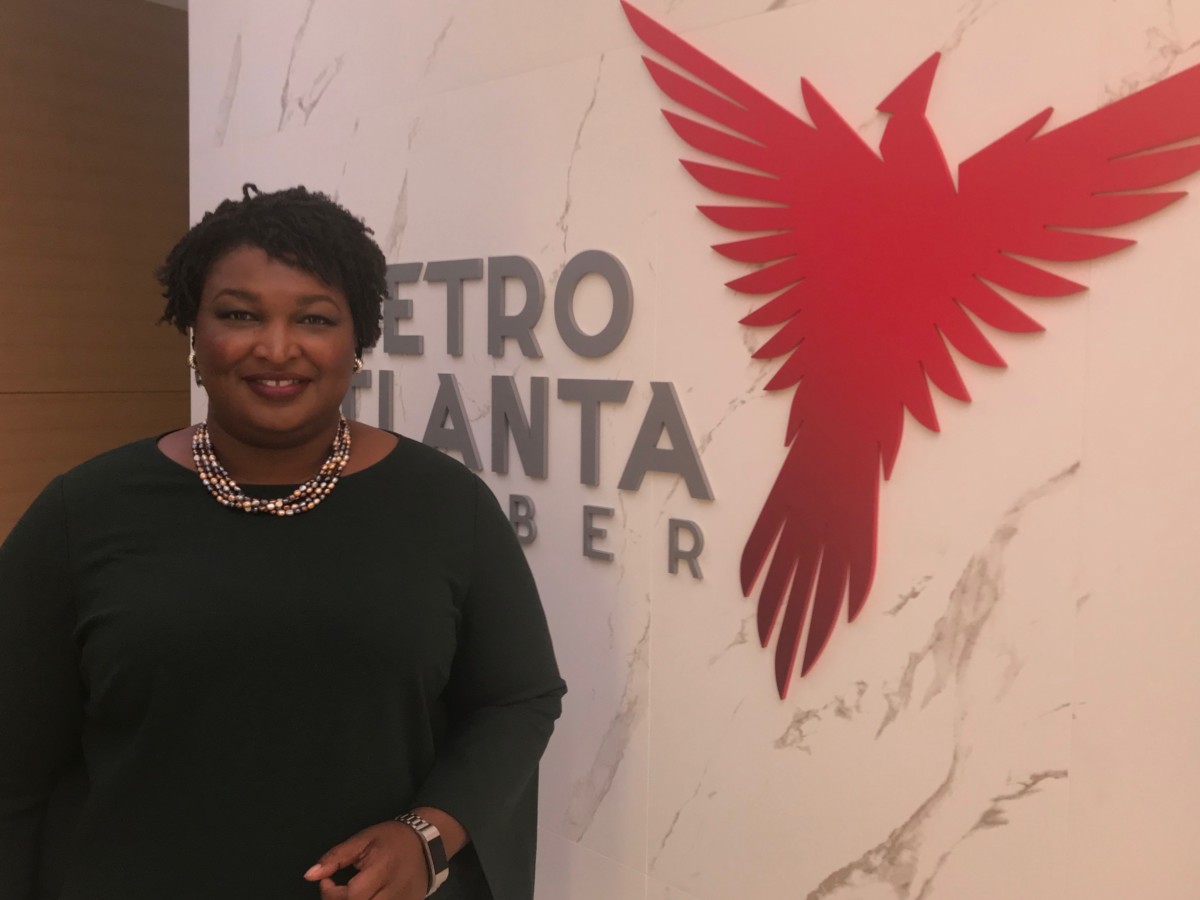 What writer wouldn’t kill to have the kind of book tour Stacey Abrams has been on?

As she ponders which of a buffet line of races to jump into next, Abrams has been making the national media circuit, the hottest name on the bill at progressive conferences and a guest on talks shows, morning and night. Events promoting the reissue of her book, “Lead From the Outside,” are sold out around the country.

Small wonder, then, that Abrams would want to put off those, like Senate Majority Leader Chuck Schumer, pressing her to make a decision about next year’s race against U.S. Sen. David Perdue. She got a gentle reminder last week from former Columbus Mayor Teresa Tomlinson that the buzz can’t last forever.

Deferring to Abrams as the first choice of the Democratic Senatorial Campaign Committee and saying she wants to give Abrams “the space she needs to make the decision under these exciting circumstances,” Tomlinson nevertheless announced the formation of her own Senate exploratory committee.

Not many defeated political candidates have their stock rise so high that they can say running for president is their third choice among the options before them, but that’s what Abrams told the Wall Street Journal in a recent interview.

Maybe that’s true. Maybe the former Georgia House minority leader hasn’t been swayed by the calls to jump into the widening Democratic presidential pool. Still, there are compelling reasons why running for president might be no worse than her second choice, and running for Senate, the race she’s being courted for by the DSCC, might be her third choice.

Timing is a factor. Abrams has said she thinks she can wait until September to decide whether to jump in the presidential race, but she’s got to make a decision soon on the Senate race. If she wants a rematch with Gov. Brian Kemp, she’d have another couple of years to raise money. In fact, she could run for president and run for governor two years later.

Then there’s the question of who she wants to run against. The case can be made that whether she ran for president or Senate next year, she’d be running against Donald Trump. She’s too tempting a target for the president to avoid, and Perdue has been one of his staunchest Senate supporters. We would probably see more than one Trump-Perdue rally.

She’s sure to pick up a Trump nickname anyway, so why not run for president? If he singled her out as a target, Trump might actually push Abrams to the front of a very crowded Democratic field.

The list of declared Democratic presidential candidates is already somewhere in the mid-20s, and at least a half-dozen more Democrats, including Abrams, are considered serious possibilities to join them. If she does shoot for it, she’ll stand out among the thumbnail shots we’ll see lined up across television screens for a few months.

That would be a distinct advantage. A poll of South Carolina voters conducted last week had her already at 7 percent among Democratic presidential possibilities, which in this big a field is a huge number for a candidate who hasn’t made up her mind yet. After the rumors she was being courted by Joe Biden as a running mate, Abrams said she wasn’t interested in running for second place. You can pretty much take her on her word about that. She’d likely accept another Democrat’s invitation to be a running mate if it worked out that way, but the lure wouldn’t be enough for a politician this ambitious. She’d be shooting for it all if she got in.

In all the interviews and speeches she’s given in the past few weeks, you would be hard put to find much to indicate Abrams is really itching to get into a race with Perdue. On the other hand, she has fulminated over the passage of the fetal “heartbeat” bill and called Kemp “a cartoon villain.” That sounds like someone still thinking seriously about a rematch, no matter what anybody wants her to do.

If Abrams hasn’t yet shown much enthusiasm for running against Perdue, Tomlinson has. A child of Brookhaven grown up to be a Columbus mayor, a Republican turned Democrat, she would offer an interesting contrast with Perdue, and might be a more aggressive challenger. Nor is she the only Democratic woman we could be hearing from.