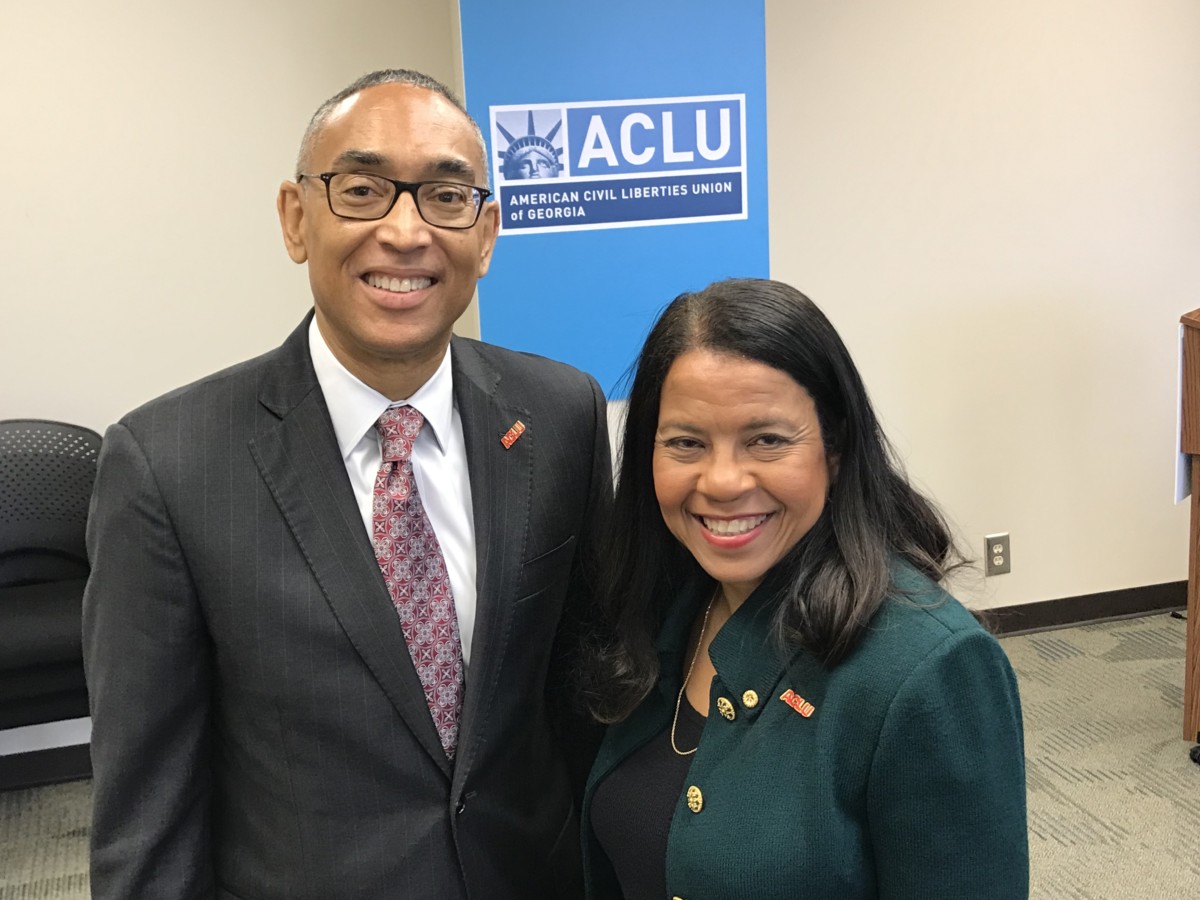 Andrea Young, executive director of the ACLU of Georgia, said Ellis was one of the first people to respond when the job was posted.

“Burrell brings a wealth of professional experience and unique perspective to our work for civil liberties and especially criminal justice reform,” Young said. “His extensive experience with campaigns, government, and civic engagement, and motivating people and managing complex systems will be invaluable assets to our work for social justice.” 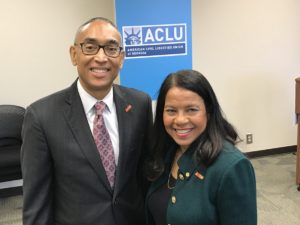 In an interview Monday morning, Ellis said the job description “touched me on a lot of different levels” because of his experiences as a lawyer, an elected officials and as well as his experience in the criminal justice system.

During his second term in office, he was wrongfully accused and convicted of committing a crime, according to the ACLU of Georgia’s press release. As a result, he was suspended from public office, denied an appeal bond and sentenced to prison. After serving the entirety of the custodial portion of his sentence in prison, the Georgia Supreme Court reversed Ellis’ conviction.

In its unanimous ruling, the Georgia Supreme Court stated that the lower court had denied Ellis one of the most basic of Constitutional rights – a fair trial and the opportunity to defend himself.

Ellis returned to office at the end of 2016 and completed his term of office. Leading the Georgia affiliate’s political and public policy arm continues his lifelong career of service to the greater community.

“I embrace all the experiences I bring to the table,” Ellis said, adding that it will bring “authenticity” to his work with the organization that fights for civil liberties and justice. “ACLU gives me an opportunity to do significant public service. I have seen what happens when justice is denied and the terrible consequences that can occur.”

Ellis’ role will be to lead the ACLU’s public policy advocacy and political strategy in Georgia and to build a more expansive advocacy infrastructure to increase the organization’s effectiveness in achieving its public policy objectives.

“Georgia is still No. 1 in the country when it comes to the percentage of people under correctional control,” Young said. “And there is racial disparity. Sixty percent of the prisoners in Georgia are African American even though they only represent 30 percent of the state’s population.”

Ellis put it in a global framework.

That ends up being expensive for Georgia. “We spend $1.5 billion annually on corrections here in Georgia,” Ellis said. ACLU is working with other justice-oriented nonprofits and the state of Georgia on criminal justice reform.

“It’s been bipartisan, and we want to see that continue,” Young said.

As for fair elections, ACLU is working to establish a nonpartisan approach to redistricting in Georgia. Indiana is moving forward with such legislation, which could be a model for how Georgia implements redistricting of the Congressional and State Legislative seats in the state.

Young said it is part of ACLU’s national policy to have affiliates hire political directors.

Ellis is a member in good standing of the State Bar of Georgia. He is a graduate of the Wharton School of the University of Pennsylvania, and the University of Texas School of Law. Ellis and his wife, Philippa, are the proud parents of two children and reside in Stone Mountain, Georgia.