Advocates: Better system for rural health transit could be funded through penny sales tax for transportation

Two of Georgia’s leading advocacy groups for the disabled have come out in favor of many findings in the state’s draft report on how to improve the system that transports the poor, elderly and disabled from home to health care in rural Georgia.

“It is a terrific start and we look forward to working with you,” concludes a letter by the Georgia Council on Developmental Disabilities and the Statewide Independent Living Council of Georgia.

The advocates contend that the state’s $138 million a year rural health care transit program would be eligible to receive funding from the proposed penny sales tax for transportation – if some recommendations outlined in the report are enacted.

The first step in moving Georgia in that direction could come Aug. 10. 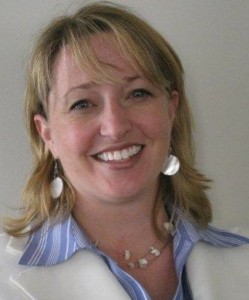 GRTA’s executive director, Jannine Miller, sounded bullish on the program when she discussed it June 29 at a meeting called by Emory McClinton, a member of the state Board of Transportation.

“This is going to be a great partnership between GRTA and GDOT, and working with other agencies to serve customers better and more efficiently,” Miller said.

“We’ve got to be able to serve those folks with what seem to be limited resources,” Miller said.

Miller did not mention the potential for rural health transit to receive funding through the sales tax.

In order to be eligible for sales tax revenues, Georgia would first have to create a regional system of management for the rural health transit, the advocates contend.

A system that is managed on a regional basis is one of the suggestions outlined in the GDC’s draft report.

The advocates’ letter to the GDC states that:

“A regional approach would lend itself to linking coordinated transportation funding to a potential funding source – the regional transportation sales tax authorized on a regional basis under the Transportation Investment Act [TIA] of 2010.”

To prevent the need to create a bureaucracy to handle the work, the advocates suggest that the state’s existing regional commissions would oversee rural health transit programs. These regional commissions cover the same geography as the transportation districts, whose elected officials are overseeing the sales tax referendums in each region.

Once a regional system is in place statewide, each region would be able to apply for a portion of the proposed penny transportation sales tax. Project lists from each region are due in October.

The work done over the past year revealed that Georgia spends about $138 million to transport the needy to mainly medical appointments. About $100 million comes from the federal government.

It turns out that the transit work is being coordinated by local entities that do the best they can to work within the requirements of their specific source of funding. The three major funders are the state departments of transportation, human services, and community health.

Apparently, one needy person will be transported by various entities to various destinations, depending on the nature of the trip. The reporting systems apparently do not provide a way to track the individuals across the various entities.

The extent of the lack of coordination among the coordinating entities became evident when the state could not determine how many individuals are transported.

Not even any demographic guesstimates could be generated for the report, according to a GDC report released in June.