Proponents of the sales tax for transportation are pushing back against a loosely organized group of tax opponents, challenging them to present their solution to the region’s mobility challenges in lieu of the plan that will be on the July 31 ballot. 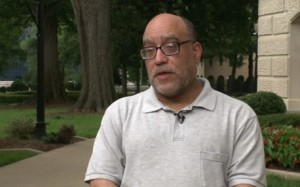 The opponents were portrayed as “a rare coalition of conservatives and liberals” and represented by state Sen. Vincent Fort (D-Atlanta) in a story by reporter Jon Shirek that posted Wednesday morning on the website of WXIA/11 Alive. Sam Williams, president of the Metro Atlanta Chamber, represented the region’s business leaders who advocate for the tax.

A few hours after Shirek’s report was posted on WXIA’s homepage, the following statement was released by Citizens for Transportation Mobility, which was formed in 2010 with Williams listed as one of three founding board members.

Che Watkins, the campaign chief quoted in this statement, worked most recently as the chamber’s director of external affairs:

ATLANTA, July 11, 2012 — The campaign pushing for approval of the Regional Transportation Referendum on July 31 is calling on opposition groups to release their preferred Plan B so that voters can see what a no vote would really mean to Metro Atlanta. Various Tea Party groups have joined the DeKalb NAACP, the Sierra Club and the Green Party in expressing opposition to the referendum. But they cannot produce an alternative plan because they all disagree on what should be done to fix Metro Atlanta’s notorious traffic congestion.

“If the Tea Party, Sierra Club, DeKalb NAACP and Green Party can come up with a traffic solution that they all endorse and agree on, then maybe their opposition would be credible,” Untie Atlanta campaign manager Che Watkins said. “They cannot do that, because it is impossible to have a list that has all transit and no transit at the same time. This political posturing will only lead to more congestion, fewer jobs and less time at home with our families.”

While media attention has focused on these groups, there are many others supporting the referendum. The Georgia Conservancy, an environmental advocacy organization, and the Atlanta Business League, a leading African-American business group, have both enthusiastically endorsed the plan after votes taken by their respective boards. The disparate views of opposition groups prove the transportation plan currently in front of voters is a balanced solution that involved local leaders and tens of thousands of citizens working together.

“Too much transit vs. not enough transit. Higher gas taxes for roads vs. using gas taxes to pay for transit. More toll roads vs. toll roads are unfair to the poor. How can we ever expect the Metro Atlanta region to move forward with a plan that appeases these opposite viewpoints?” Watkins added. “If we do as these groups say and vote this plan down, citizens will continue to deal with some of the worst traffic congestion in the country that will suffocate our economic growth and quality of life. These groups are unable to provide an alternative solution they can agree on, and therefore, are stalling Metro Atlanta’s future.”

“Metro Atlanta citizens believe we have a traffic crisis and that something needs to be done about it,” Watkins concluded. “This referendum empowers the voters to take charge of our transportation future and finally get it out of the hands of politicians and no-solution opponents.”