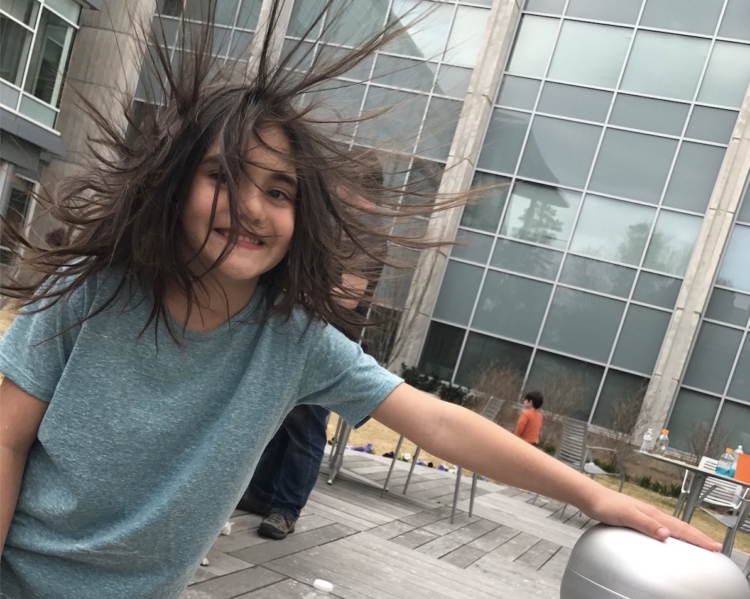 Of all the “gee whiz, Georgia’s great” economic stories, the aerospace and defense sector stands out – The United States ranks No. 1 in the world and Georgia ranks No. 2 in the nation, and Georgia’s education system has the capacity to help workers into transition the jobs of the Fourth Industrial Revolution, two recent reports show. 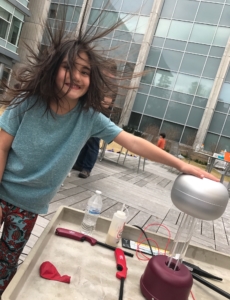 Events including the Atlanta Science Festival generate interest among youngsters for pursuing a career in a science field, which enhance Georgia’s competitiveness in the aerospace industry. Credit: Kelly Jordan

Georgia trailed only Washington, home of Boeing Commercial Airlines, and was ahead of California, Michigan and Illinois on a Top 5 list of state’s ranked by “aerospace competitiveness.”

The ranking comes from PwC’s just-released 2019 edition of the annual Aerospace manufacturing attractiveness rankings. The report that doesn’t factor in Boeing’s troubles related to deadly crashes of its 737 MAX planes.

The fastest growing jobs in the aerospace sector are in categories including scientists; artificial intelligence and machine learning; and software and applications, according to workforce trend projections cited in The Future of Jobs Report 2018, released last autumn by The World Economic Forum.

These are the sorts of skills PwC’s report indicates Georgia’s education system is well positioned to provide because of the related categories of education attainment of the state’s residents, plus the research and design programs at Georgia’s colleges and universities and, in particular, at Georgia Tech.

PwC cited the presence of Georgia’s universities and their research programs: 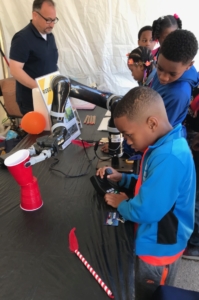 A PwC report shows Georgia’s universities are leaders in aerospace technology and events such as the Atlanta Science Festival helps bring youngsters into the programs. Credit: Kelly Jordan

For its part, Airbus talked up the ability of Tech’s professors and doctoral students in its Oct. 30, 2018 announcement about the opening of the Airbus / Georgia Tech Center for Model-Based Systems Engineering (MBSE)- enabled Overall Aircraft Design (OAD).

The company’s statement described the technical aspects of the program and ended with a simple declaration:

Georgia’s posture in the nation’s aerospace and defense sectors didn’t happen overnight. Consequently, these sectors are among the highlights routinely touted by Georgia’s Department of Economic Development. The department pays particular attention to the sectors’ requirements for a highly educated workforce:

All this said, low labor costs and other cost factors are key drivers of Georgia’s relative competitiveness. Georgia ranked No. 8 in cost and No. 5 in tax policy, according to PwC’s report. By comparison, Washington, the No. 1 state in PwC’s report, ranked No. 35 for cost and No. 26 for tax policy; Washington ranked No. 1 for the size and maturity of the industry and No. 1 for infrastructure, including roads, railroads, Internet usage and quality of electrical supply.

The report included this elaboration on Georgia in an appendix: 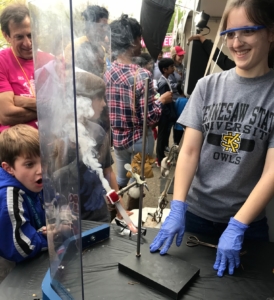 The Atlanta Science Festival helps open eyes about the potential of a career or hobby in a science field. Credit: Kelly Jordan 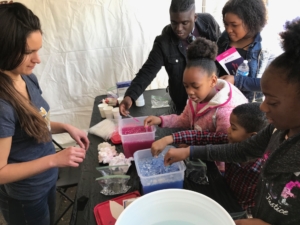 Until the festival returns in 2020, Atlanta Science Festival’s sponsors encourage fans to stay engaged with ‘the wonder of science’ through the website sciatlanta.org. Credit: Kelly Jordan

Previous Article
Just as mayor sings of ‘birds in the air,’ little Pine Lake named Wildlife Sanctuary
Next Article
Along the South River, large tracts of tree canopy under siege