Affordable housing developer, PRI, going out of business after 25 years

The demise of Progressive Redevelopment Inc. — once the largest nonprofit owner and developer of affordable housing in the state — is a sad commentary of our times.

Specifically, it points to the nearly insurmountable hurdles that exist to provide supportive housing to those with the greatest needs — especially during trying economic times.

A reflective Bruce Gunter, one of PRI’s co-founders and its CEO, is now working without a paycheck, expecting to phase out what’s left of the organization within the next six months. 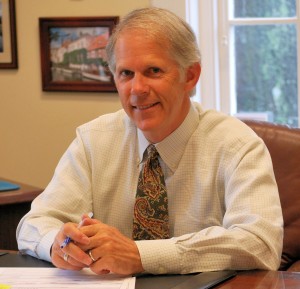 Because Gunter, his staff and his board have had several years to face the inevitable reality, they have been able to minimize the hardships for their ultimate clients — their residents — by transferring ownership and operations to others — insuring that the housing and support services will continue.

Of their 27 developments, one dilapidated one was bulldozed in DeKalb County and has been turned into green space. Another one in East Point that couldn’t be saved will be bulldozed and turned over to a land banking authority.

That leaves 25 properties that will continue to fulfill the mission that brought PRI to life on Dec. 3, 1987 — 25 years ago.

In a letter to colleagues, Gunter recalled the early days when he, Rev. Craig Taylor and Ernie Eden took on City Hall, Central Atlanta Progress, the banks and power structure “issuing a clarion call for social justice.”

They never gave up on their ideals, even after they “joined the establishment” and became developers working hand-in-hand with social service agencies to provide supportive housing  — “a format which we largely pioneered in Atlanta.”

The theory was that it was not enough to provide shelter for the poor. It had to be combined with drug and alcohol rehab programs, job training, mental health services and health care. In communities with families, other services, such as childcare, were needed.

In 2010, PRI delivered its last housing development. By then it had developed — either by itself or more commonly in partnerships — 4,188 affordable housing units.  Eighty percent of them in metro Atlanta, and the rest in other Georgia cities. In all, they housed more than 10,000 residents — mostly in multi-family developments.

“We left behind some great housing — the owned properties such as the Imperial, Hope House, Welcome House, Adamsville Green, Huntington Court, and Maxwell House in Augusta, and consulting projects such as Sustainable Fellwood in Savannah, the Chris Kids facility in east Atlanta, and the mammoth renovation of the Campbell Stone seniors’ property in Buckhead,” Gunter wrote in his letter to colleagues.

The financial began to unravel in 2008 when the housing market was flooded, and “PRI had sustained too much damage to be able to raise needed capital for new projects that fed its revenue stream. Eventually, the numbers told the tale — our cash flow could not support the organization much less recapitalize our struggling properties.”

That’s when PRI adopted a “Wind-down Plan” to go out of business.

Answering his own question about what he learned, Gunter said: “In a nutshell, we learned that owning a portfolio full of older properties with a predominance of very-low income residents is not a recipe for surviving a full-bore recession.”

“Helping very- low income people with their housing needs requires assistance from multiple public agencies, each with thick and multiple rule books,” he said. “We experienced the inevitable result that from such complex financing structures come forth regulatory compliance mistakes (and accompanying penalties), which triggered a downward spiral that was extremely hard to reverse, especially in a recession.”

Developing market-rate housing usually requires only one level of financing which reduces the costs of building a project.

“The further down you go, the more layers of financing you have to get,” Gunter said, meaning the poorer the population, the higher the financing costs, making it more difficult to build affordable housing. “It may be the same as complaining against gravity.”

Looking to the future, Gunter remains committed to creating healthy communities that include people of all income groups.

He is particularly impressed with the work of Purpose Built Communities, the national nonprofit started by developer Tom Cousins aimed a replicating an East Lake success in communities across the country.

He also believes there’s great promise in transit oriented developments — giving Atlantans an opportunity to live and work next to transit.

“I don’t know what’s next,” Gunter said. “I want to stay in this kind of work. It can be a nonprofit or a for-profit. But it’s got to have an impact.”