AHA after Renee Glover: No new initiatives for residents; but provide land for Falcons parking lot 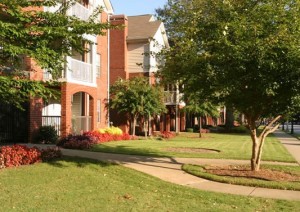 Centennial Place was built on the site of the first public housing project in the United States, Techwood Homes. The complex is now managed by Integral, a development partner of the Atlanta Housing Authority. Credit: AHA

The report does say AHA intends to provide the Falcons with land near the new stadium for a surface parking lot. This site is part of the now-demolished housing project, Herndon Homes.

Reed said in 2011 that one reason he wanted Glover to depart was because she had been in the job, “too long.” Reed also said, “I wanted to pick my own team” to run the housing authority.

In addition to no change in the policies devised during Glover’s administration, the report does not indicate that AHA intends to make any notable changes regarding its development partners, according to the agency’s report to HUD.

Eight housing projects are slated to experience $33.4 million worth of “revitalization activities” in the fiscal year starting July 1. 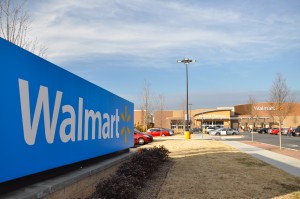 The handful of partners for these jobs includes, in no particular order:

The current AHA budget is $233 million. To put that in local perspective, the city’s current general fund budget is $538.6 million.

AHA also controls substantial amounts of real estate. Some of these properties have increased in value rather dramatically during the urban renaissance in which new residents were moving into the city, until the slump in jobs that came with the great recession.

One significant piece of AHA real estate in a tract on which the Falcons want to install a surface parking lot for fans heading to the new stadium. 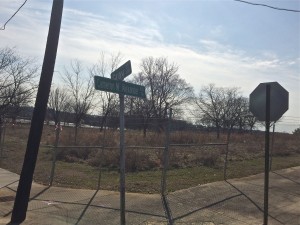 The Falcons intend for a surface parking lot to be built on the old Herndon Homes site, located near the intersection of Gray Street and a road named for the Rev. Cameron Alexander, of Antioch Baptist Church North. Credit: David Pendered

The Falcons are so enamored of the site that they included language in the contract stating the club can opt out of the stadium deal if part of the old Herndon Homes is not made available by Dec. 31. AHA is not party to the contract.

Here’s what the AHA report to HUD says of the land the Falcons want:

The AHA report does not indicate that it will make any money off the stadium parking deal. That’s different from other property sales, as documented in this segment of the report:

The report is a mandatory update that AHA must submit to the federal Department of Housing and Urban Development. The report intends to comply with HUD’s criteria for its Moving to Work Plan, which AHA has named the CATALYST Implementation Plan.

HUD created the MTW program to provide some degree of flexibility for spending federal funds. The goal was to spend money more efficiently, help residents find employment and increase housing choices for low-income families, according to HUD.

AHA entered the program in 2003 and, in 2008, signed a standard agreement to extend its participation through the 2018 fiscal year.