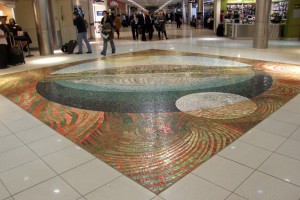 “Hopefully, soon.” That’s when Atlanta’s procurement office expects to move forward with proposals from food and beverage operators who want to open shop at Atlanta’s airport. The proposals have been under review since mid March.

Travelers at Atlanta’s airport queue to buy food, drink in Concourse A (pictured above) and concourses B and C as the city has spent four months reviewing the compliance of proposals from concessionaires. File/Credit: stuckattheairport.com

The airport has space for nine food and beverage locations. A total of 22 proposals were submitted by the deadline of March 18.

For more than four months, the city’s procurement department has been reviewing the 22 proposals to see if they are responsive and responsible. The department isn’t evaluating the actual concepts being proposed. Its job is to check for compliance with the city’s request for proposals.

The airport is tasked with evaluating the proposals. The airport team can’t start work until it receives from the procurement department the proposals from vendors who pass muster.

One the proposals arrive at the Department of Aviation, an evaluation team, comprised of airport employees, is to recommend the proposals that best meet the needs of the traveling public and the airport’s revenue expectations from the leases.

The earliest the shops could open is sometime next year – more than a year after four shops closed and plans were finalized for new spaces in a food court.

Airport General Manager Miguel Southwell said four spaces have been vacant since Dec. 31, 2014, when the city didn’t renew contracts with previous concessionaires for three shops on Concourse A, and one space on Concourse B. Five new spaces are planned in a food court on Concourse C.

This situation came to light at the July 29 meeting of the Atlanta City Council’s Transportation Committee. It’s the latest example of an old City Hall dance, the one that seems to put the council and administration at odds over who’s leading the dance.

Atlanta City Councilmember Felicia Moore, who chairs the committee, expressed frustration over the pace at which the Department of Procurement is handling the concessions contracts. Moore had the following exchange with Girard Geeter, Atlanta’s deputy chief procurement officer.

Moore: “They were due back on March 18. You’ve had them over four months. Is that a normal thing, that it takes you four months to do what you have to do?”

Jeeter: “It varies. They are in review, not evaluation.”

Moore: “When are you proposing to get [proposals] to them to evaluate them? Because, it’s been a minute.”

Moore: “Give me a range of what, ‘soon,’ could encompass.”

Jeeter: “It could be next week, or the next two weeks.”

Norwood: “I find it interesting that the airport hasn’t seen these. … It would be helpful if the man in charge of making the airport go could see them, before four months have passed. Is this part of our code? Do we need to change the code?”

Jeeter: “We’re being very tedious, looking at every aspect of it. Every form is being reviewed.”

Norwood and Jeeter exchanged a few more comments. They discussed the process by which a review team is formed. Jeeter said the process calls for Southwell to recommend a list of appointees. Adam Smith, Atlanta’s chief procurement officer, confirms the appointments.

Councilmember Andre Dickens, a committee member, wondered how much money the city is losing by not leasing the spaces. He also wondered how the traveling public has been affected by the shuttered shops.

Southwell said the city has lost an undetermined sum by not leasing the spaces. However, the city did get some revenue from the fees paid on sales generated by the shops that are open.

Travelers who see a shop is closed will walk to another shop to buy food or drink, he said.

Moore wrapped up the discussion by informing Jeeter and Southwell that they should plan to make presentations at the next meeting of the Transportation Committee. By then, the Department of Procurement should have completed its work and forwarded the proposals to the airport for evaluation, she said.