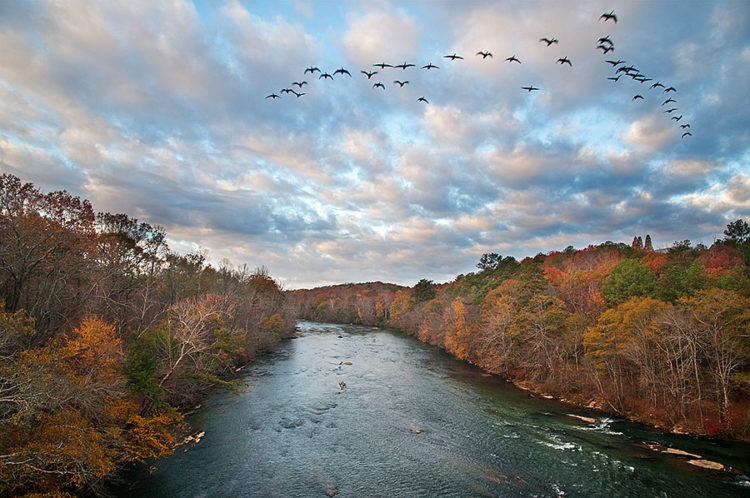 A flock of geese fly in their typical formation above the Chattahoochee River near the I-75 bridge. Credit: Tom Wilson 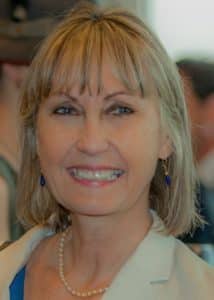 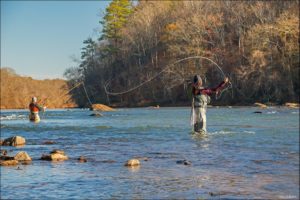 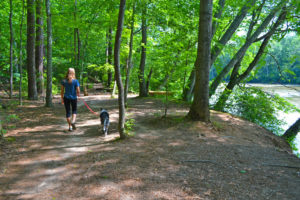 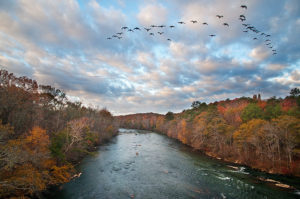