The fire pit in the common lawn area of the Cottages on Vaughn tiny houses neighborhood in Clarkston. Credit: Kelly Jordan

An experiment in the “tiny house” movement has begun in Clarkston, where a micro-development called the Cottages on Vaughan was scheduled to celebrate a ribbon-cutting July 17. 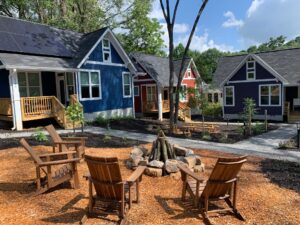 The fire pit in the common lawn area of the Cottages on Vaughan tiny houses neighborhood in Clarkston. Credit: Kelly Jordan

The Cottages is a mini-neighborhood of eight tiny houses, all around 500 square feet or less, arranged to face each other across a common lawn with edible plants and a fire pit. It may be the first such development in the Southeast and is certainly a far cry from the tiny-home movements usual mobile homes or one-off backyard structures.

The development was led by MicroLife Institute, an Atlanta-based nonprofit founded by Will Johnston, who dropped out of the city’s corporate life and became an advocate of minimalism. In June, he also became a resident of his own Cottages project.

“Why are we building McMansions for four or five people when the average household is two or 2.5?” Johnston asked in a recent interview inside the micro living room of his tiny house. “We built this to spark a conversation.”

Part hippie, part hipster, the Cottages are indeed likely to fuel talk about downsizing, affordability, wider choices in housing types, and gentrification in Clarkston, a small DeKalb County city known for a highly diverse population thanks to immigration and welcoming of international refugees. The Cottages were built on what was formerly a vacant, wooded lot at 1182 Vaughn St., and quickly sold, with buyers moving in starting this spring. 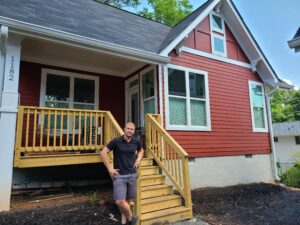 MicroLife Institute founder Will Johnston outside his own tiny house at the Cottages. Credit: John Ruch

When MicroLife began planning the Cottages over two-and-half years ago, much of the early press talk was about an affordable home ownership option. Back then, there was talk of selling the homes for $100,000 — a hefty price per square foot, but more attainable for lower-income buyers. But in the end, the sales prices ranged from $165,000 to over $200,000, says Johnston, attributing that in part to rising construction costs. (Several of the homes have optional solar panels for electricity, adding $8,000 to $10,000 to the price.)

Affordability is an important issue to Johnston — “Homes need to be homes, not portfolio investments, in my opinion,” he says — but it’s not the only motive for the Cottages. Other intents are creating community rather than separating houses with huge lawns, and to avoid the environmental costs of oversized homes.

“We have unfortunately mixed up isolation for privacy,” Johnston says of traditional suburban housing developments. The Cottages offer single-family seclusion but also that common area. “I love going over to my neighbors’ for tea,” he says. 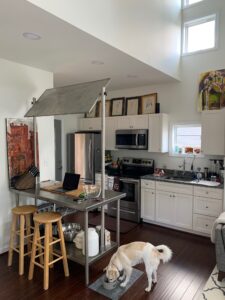 A big goal of MicroLife is promoting diversity in housing types, with the idea that building more will lower prices as well.

DeKalb County Commissioner Ted Terry, who was Clarkston mayor during the early stages of the Cottages’ planning, says the project is an important way to diversify housing with a walkable, community-oriented and energy-saving approach.

“The Cottages on Vaughn represent a new way forward in addressing the housing crisis of metro Atlanta,” Terry said. “Communities built with intention, not cookie cutters, are what more and more people are looking for.”

Terry says local leaders should look at the Cottages and think about how the model could fit into their long-term plans. “The lessons learned here can be applied across all of Georgia. And I hope it will lead to more change,” he said. “There is nothing like a dream of the future.”

Johnston says the nonprofit is working with rural Jackson County, near Athens, on a housing study to prepare for such possible futures as an influx of teleworkers that could price out current residents. MicroLife gained much development knowledge while working for years to change Clarkston’s zoning code to allow the Cottages. Johnston said MicroLife intends to share that knowledge in workshops for other developers and nonprofits looking to shake up zoning codes beyond the traditional model.

As one example, Johnston’s a fan of what he calls “Golden Girls” homes, after the 1980s sitcom about four unrelated women who share a house — a practice that would be illegal under many modern zoning codes. In that vein, MicroLife is a partner on another recent pilot project to build a single-family house for a 71-year-old woman who will share some of the rooms with single mothers and their children and provide them with mentoring. MicroLife and the nonprofit CHRIS 180 recently broke ground at 981 Ashby Terrace in Atlanta’s Washington Park on the project for Deborah Glover, who has spent decades living in the area in a shed without water or electricity. 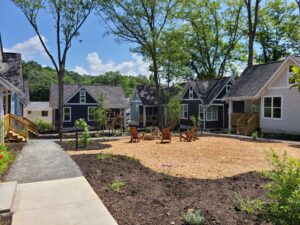 A view of the Cottages mini-neighborhood. Credit: John Ruch

Johnston came to the tiny homes world after his own extreme downsizing. He used to work at the Atlanta Journal-Constitution as a marketer and organizer of such events as the Peachtree Road Race. After eight years, he quit at age 33, sold his possessions, and went backpacking in New Zealand, where he ended up working on a vineyard. He jokes that people always assume that’s where he learned about tiny homes — “No, that’s where I discovered a great pinot noir.”

He returned to Atlanta about six years ago and, as an avowed minimalist, got into the tiny homes movement. He founded MicroLife as “Tiny House Atlanta” and ran the Decatur Tiny House Festival. An Avondale Estates version is scheduled to debut in October.

The fellow residents at the Cottages include a grad student, a nurse, an engineer, a Sign Language translation company manager and a ballet instructor. And they’re going to be neighborly to the public as well, with occasional tours offered starting Aug. 21.

Johnston’s own home is well-appointed and cozy at 492 square feet, plus about 200 square feet of loft space, part of which he intends to use as an office when a ladder is finally installed, as well as attic storage space. (Seven of the houses are that size, with the other an initial model that is 250 square feet.) Several of the homes have solar panels for electricity.

For more about MicroLife and the Cottages on Vaughan, see microlifeinstitute.org. 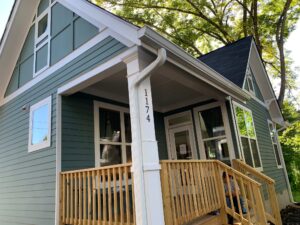 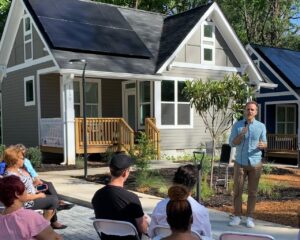 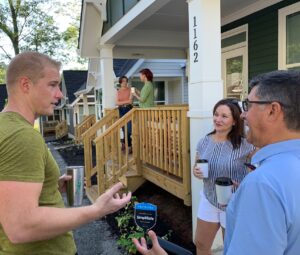 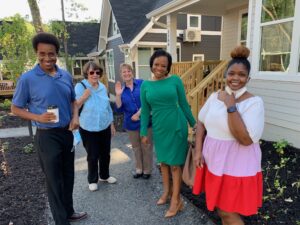 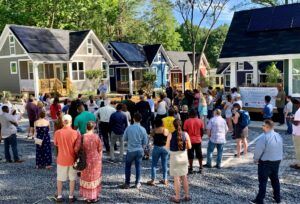 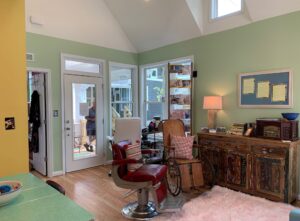 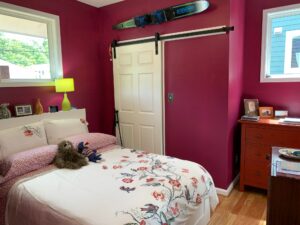 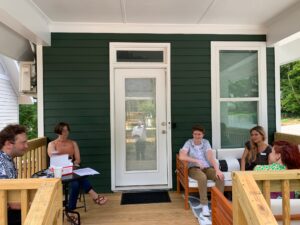 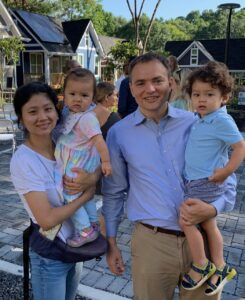 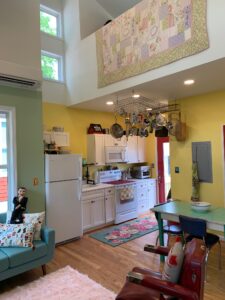 Correction: This story has been updated to correct the spelling of Johnston’s name and to clarify the difference between loft and attic space in the houses.