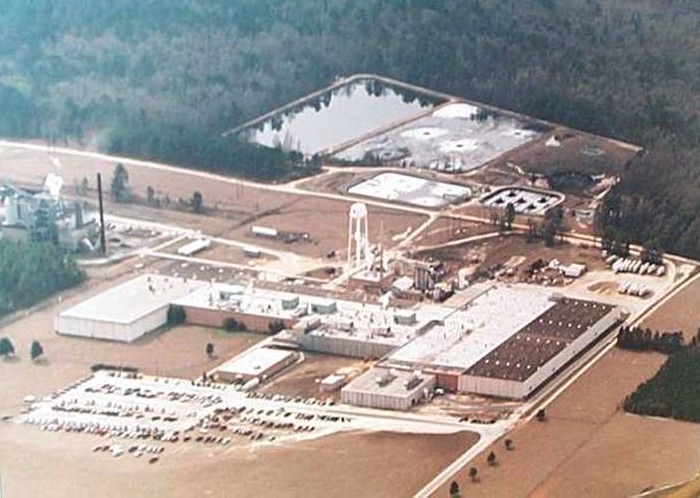 About 400 paddlers are scheduled to depart Saturday from the Statesboro area in the 11th annual Paddle Georgia fundraising event, and their route will take them down a waterway where environmentalists won a major victory. 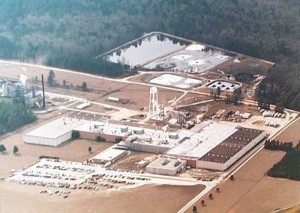 King America Finishing entered a consent degree that compelled it to pay $1.3 million. The plant was not responsible for a 38,000 fish kill on the Ogeechee River, but the state did determine the company had illegally released chemicals into the waterway. Credit: King America Finishing

About 38,000 fish were killed in 2011 in the Ogeechee River. Speculation attributed the kill to a spill from King America Finishing, which produces a fire retardant fabric at a plant along river. The fish kill began about 50 yards below the company’s effluent pipe.

The state determined fish were killed by a disease. The state also determined the plant had been illegally releasing chemicals into the waterway.

The Ogeechee-Canochee Riverkeep, Inc. filed a federal lawsuit in U.S. District Court in Statesboro. Ultimately, the company entered a $1.3 million consent decree on Nov. 20, 2013. The money was to cover the following costs:

The paddlers will travel down the Ogeechee River on a seven-day, 95 mile trip.

Along the way, they will travel a blackwater river that traverses wide floodplain forests and coastal marshes. They camp at night, in tents often pitched on school grounds.

The trip will pass through five counties between Statesboro and Savannah: Bulloch, Screven, Effingham, Bryan and Chatham counties. Here’s how the event’s homepage describes the river: 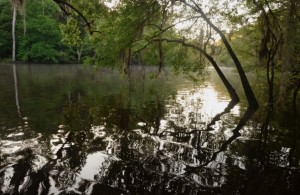 This year’s Paddle Georgia event will traverse part of the Ogeechee River, which the Georgia River Network describes as one of the nation’s last free-flowing river. Credit: georgiarivernetwork.wordpress.com

Georgia River Network, the event’s sponsor, issued a statement that participants will join in educational programs on the river’s cultural and natural history, tours of facilities and historic sites located along the river, nightly games and entertainment.

In addition, paddlers are to help with a research program. They’re to help collect chemical and biological data with the Georgia Adopt-A-Stream program to give a snapshot of the river’s current health.

The previous Paddle Georgia events have raised more than $240,000 for river protection efforts, according to Georgia River Network. This year, a portion of proceeds are to benefit the Ogeechee Riverkeeper, which works to protect the Ogeechee from its headwaters in Middle Georgia to the Georgia coast.

During past events, more than 3,200 paddlers have traveled a total of more than 900 miles of Georgia’s water trails. The rivers they’ve paddled include the Chattahoochee, Etowah, Ocmulgee, Flint, Coosawattee, Oostanaula, Broad, Savannah, Oconee and Altamaha.

The event attracts many notable benefactors. The list includes:

Partners in this year’s event include: