APD Chief Erika Shields to Jerome and Stephanie Russell: ‘Atlanta is not going to be a city of hate’ 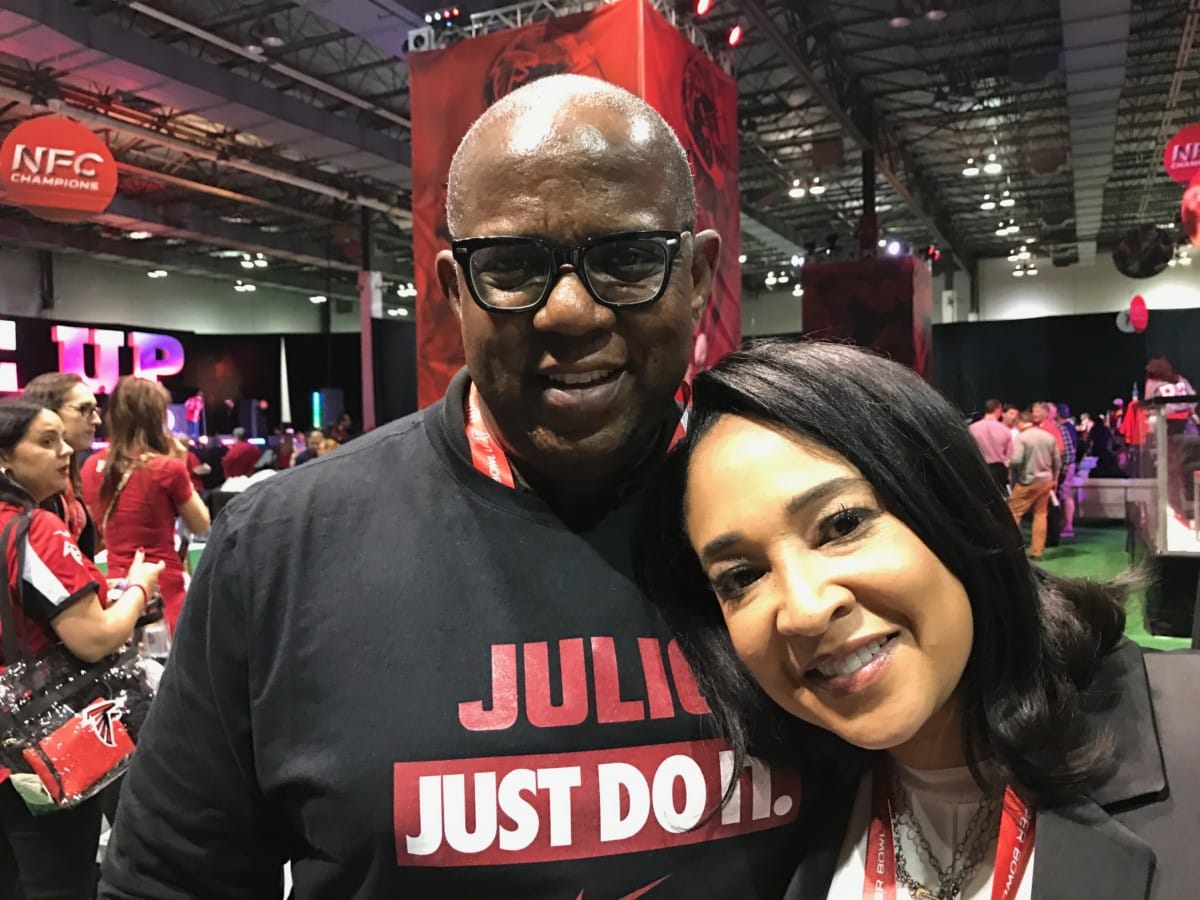 Stephanie and Jerome Russell were enjoying themselves at a Super Bowl party in Houston Saturday night when their 16-year-old daughter reached out to them.

Someone had vandalized one of her friend’s car parked in front of the Russell’s Ansley Park home by writing racist slurs – including “nigger”, “faggot”, “kyke”, “hollacauct” (sic) meaning holocaust, and “fag.”

There were also sexually explicit drawings on the car.

“I literally had to find a quiet spot,” Jerome said as soon as he got the news. “I was disgusted, angry, hurt – why did this happen?” 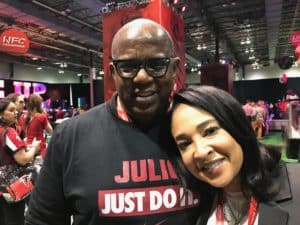 Jerome Russell is the oldest son of the late Herman Russell, an entrepreneur  who created one of the largest minority-owned construction companies in the country. He also had been an important figure in the civil rights movement – supporting Martin Luther King Jr. and the Atlanta Student Movement.

Once they got the word, Stephanie Russell immediately went into the protective mother mode – wanting to make sure her daughter and her friend were okay. The Atlanta Police Department sent an extra car to watch over the home that night to make sure there were no further incidents.

“Atlanta is not going to be a city of hate,” Shields told her defiantly.

The shock of this incident is deep because it happened in Atlanta – a city too busy to hate. And it happened in one of the most progressive neighborhoods in the city.

“The lack of respect for differences are feelings that exist everywhere,” Stephanie reflected. “This is a reality in every community. The privilege is that we have the ability to resolve this.”

By the time the Russells were flying back to Atlanta on Monday, the Atlanta police had taken fingerprints and “samples of the dried saliva that was on the windows” for DNA evidence where someone had spit. The APD brought in Homeland Security Investigator Matthew Condland, who was especially helpful.

The police investigators also had determined the vandalism had been done by four teenage boys, one of them lived in the neighborhood, and all four of them knew their daughter and her friend whose car was vandalized.

Then the emails, phone calls and messages started flowing in (letters also were placed on the Russells’ front porch) – from the boys’ parents and even from three of the boys themselves. The parents reassured the Russells that their boys had not been raised that way, and they apologized for what their sons had done.

They also have expressed interest in apologizing to their daughter’s friend as well as her parents.

What really hurts Jerome is that there were four boys involved, and during the act, not one of them said this is not right. “That’s the piece that’s difficult,” he said. The fact they also spit on the car also hit him hard.

But both Stephanie and Jerome want this incident to become a teaching moment for the community, for the boys and for their daughter as well as her friends.

“There’s going to be a face-to-face,” Jerome said. “We want to use this as an experience of what it feels like to be African-American. We want feedback and creative perspectives on this.”

Jerome also would love to involve the Center for Civil and Human Rights, a destination that his family’s company helped build – literally and figuratively – as way to build the bridges of understanding and humanity. Stephanie also serves on the Center’s board.

Both Stephanie and Jerome have no regrets about moving to Ansley in 2014 in a home they built. They love the centrally-located community and their “awesome” neighbors.

As bad as the incident was, they have seen good come out of it – especially the sensitive and professional way it was handled by the Atlanta police department.

It also gave them an opportunity to recognize the core strength of their daughter and of their own souls – knowing how difficult it is to live at a time with divisive national leadership that seems to have given some people a license to behave badly.

But that is not a reality they are willing to accept.

“We do not live in a perfect world,” Stephanie said. “But we are not going to be nasty to people. In moments like this, you don’t give up.”