ARC director challenges Gwinnett, and region, to reach for “new level of success”

Doug Hooker brought a message of regional unity to the Gwinnett County Chamber of Commerce Wednesday and urged the audience to expect to lead the region as well as their county. 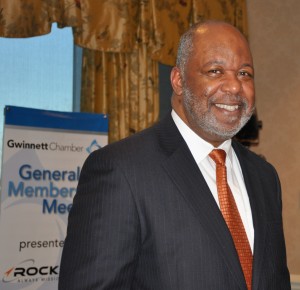 Hooker’s luncheon presentation was one of several speeches slated for the new executive director of the Atlanta Regional Commission, who took office Oct. 31. Later Wednesday, Hooker was to address the Northwest Community Alliance, in Atlanta. His calendar has speeches slated in Rockdale and Henry counties.

Hooker emerged as a consensus candidate to lead the ARC. He brings a background of public and private positions that brought him into contact with a lot of people – in a region that values personal relations.

“The region needs Gwinnett, and Gwinnett leaders, to lead not just the county, but the entire region,” Hooker said. “We need your innovation to be applied to issues not just in Gwinnett, but in the region – as Bucky and Charlotte have shown the way.”

Hooker was referring to two Gwinnett leaders who played significant roles in the Atlanta Regional Transportation Roundtable. The roundtable came to unanimous agreement in October on a $6.14 billion list of transportation projects to present to voters in the upcoming sales tax referendum. 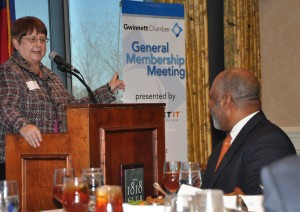 Transportation is a major concern for Grainger, Golden said, and not just because of it’s business. Employees can be difficult to attract if they hesitate to join Grainger because Atlanta’s traffic congestion could eat away time with friends and family.

“I liked the fact that he said Gwinnett needs to lead the region,” Golden said. “We all have silos. But if I’m in Barcelona, I’m going to say I live in Atlanta although I live in Lawrenceville. He inspired Gwinnett leaders to think regionally and to help lead the region on the important issues.”

Growth rates have topped the nation for years. The new residents helped make Gwinnett’s population the second highest in the state, with more than 800,000 residents. Gwinnett now is home to a relatively high proportion of Hispanic and Asian American residents, Hooker said.

1)   Water supply – the past approaches to managing Lake Lanier are unsustainable because they don’t provide for adequate water supplies for the metro region;

2)    Aging population – the proportion of elderly residents is to double by 2040, to 20 percent of area residents, and the region must provide comunities to allow them to age in place;

3)    Transportation – the region must inform voters of the “choices and opportunities” related to July 31 referendum on a 1 percent sales tax to pay for transportation projects that aim to “reduce congestion and improve the quality of life,” Hooker said.

Hooker also touched briefly on other matters that are vital to sustain communities:

“If our region is to grow by 3 million residents [an ARC forecast], it must do so with innovation,” Hooker concluded. “Metro Atlanta needs your leadership. Gwinnett has a key role to play as we have critical choices to make. The talented, committed and collaborative people in the room, and others, will lead us to a new level of success.” 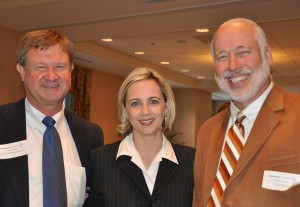 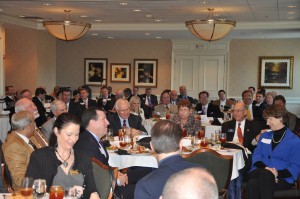