ARC plans to refine its purpose, set goals for 2013 before year end

This story has been updated with additional information about ARC’s staff lobbyists.

Tad Leithead, chairman of the Atlanta Regional Commission, said regionalism has been challenged by voter rejection of the transportation sales tax referendum.

That is the conversation that began Thursday, when ARC’s board met to start figuring out what’s next for the 10-county coordinating agency, whose heritage dates to 1947.

Two things appear to be certain: There’s not a consensus for jumping back into the fray over transportation; and there is a consensus for doing something to preserve ARC’s relevance by improving relations with Gov. Nathan Deal and the state Legislature.

In addition, no objections were raised during a general discussion of ARC increasing its role in areas cited by ARC Chairman Tad Leithead: Aging, arts, education, criminal justice, and economic development.

Kerry Armstrong, a citizen advocate on the board, said toward the end of the meeting that the time has arrived for the ARC to take what it can and move on from the failed transportation sales tax referendum.

“I’m done talking about transportation,” Armstrong said. “It’s been 60 days. What we want to take from that is what we learned. One thing we’ve done is break down silos. We’ve learned, almost by accident. … There’s a lot more cross pollination, and a lot more cooperation.”

Leithead previously had observed that part of the challenge facing ARC is that the perception that voters opposed the sales in part because they oppose regional governance.

Norcross Mayor Bucky Johnson rebuffed that interpretation of the outcome of the sales tax vote. Johnson, who chaired the committee that unanimously approved the project list for metro Atlanta’s proposed sales tax, said no clear message came out of the election results.

Leithead said his goal is to devise the ARC’s work plan for next year while the current board is intact, meaning before yearend. Come January, several new faces will be at the table because incumbents were voted out of office in the July 31 primary election.

“New board members potentially change the dynamics of the group,” Leithead said. “We want to decide what we want to talk about, and what we can accomplish by the end of the year, to set up our relevance for 2013.”

Incidentally, the ARC’s mission statement is:

Leithead began the conversation by noting that whatever comes next, the ARC will be reckoning with a governor who’s more involved with local affairs than his predecessors. 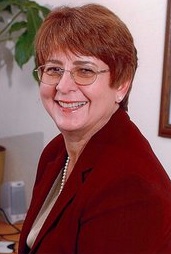 “The governor and his staff, and the Legislature, are going to be more involved,” Leithead said. “There’s a new paradigm around which much is unknown. Working up our relations with the governor, and the state in general, is going to be key to how we move forward with transportation planning for this region.”

Gwinnett Chairman Charlotte Nash responded that the paradigm hasn’t shifted: State involvement in local matters constantly ebbs and flows. However, now is a great time to capitalize on that renewed interest, given that Deal has said he and his staff will be involved in addressing metro Atlanta’s traffic congestion.

“My 35 years experience in the world of government in the state of Georgia indicates the governor and the state of Georgia always have the power,” Nash said. “We need to take advantage of having a group that wants to be involved. … It will be a case of, ‘Shame on us,’ if we put out the message that we don’t want to communicate and work with them.”

Cobb County Chairman Tim Lee suggested the margin of loss in the sales tax referendum is so great that, “It will be a cold day in you-know-where before they [lawmakers] trust us again.”

There was no specific discussion of ARC’s lobbyists at the Capitol.

Part of the lobbyists’ job is to ensure that the state’s decision makers are familiar with ARC and its positions on various matters. ARC has six registered lobbyists – four on staff and two contractors.

ARC’s staff lobbyists do not lobby full time. Three of them, including the executive director, have other duties with ARC and are required by the state to register as lobbyists so they may provide information occasionally to lawmakers. ARC’s fourth registered lobbyist is a part-time employee who works primarily when the General Assembly is in session.

Linda Hamrick and Wallace Coopwood are ARC’s two contract lobbyists. Both were hired this year and have not terminated their affiliation with ARC, according to state lobbyist disclosure reports. Each was paid more than $10,000, records show.

Hamrick served as executive director of the state Republican Party for a few years starting in 1999, during the tenures of former Georgia GOP chairs Chuck Clay and Ralph Reed. Hamrick also represents MARTA and the engineering firm PBSJ, an Atkins Co., reports show.