Even during a downturn in real estate development, Atlanta can find developments to celebrate.

The Historic Fourth Ward Park in Atlanta was named the 2012 Development of Excellence by the Atlanta Regional Commission. Credit: Donita Pendered

The Atlanta Regional Commission honored six Developments of Excellence during its annual State of the Region breakfast. All were the result of partnerships, which was a theme explored by the keynote speaker, Bruce Katz, of the Brookings Institute.

“The new mantra in this country, and around the world, is to collaborate,” Katz told an audience estimated to number about 1,000.

(Watch this space next week for full coverage of Katz’s presentation.)

The Developments of Excellence awards program recognizes projects in the 10-county metro region that illustrate the best executions of cutting-edge, livable designs, according to the ARC. The Livable Communities Coalition was created in 2005 to promote sustainable developments.

Here are this year’s winners and the complete project descriptions that were provided by the ARC: 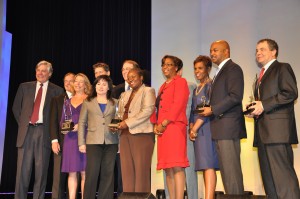 The 2012 Development of Excellence was awarded to city of Atlanta and the Historic Fourth Ward Park Conservancy. Credit: Donita Pendered

Some might question a park being named a “development” of excellence. However, the Historic Fourth Ward Park encompasses a large, complex civil engineering and infrastructure project on par with many high-quality developments in metro Atlanta and around the United States. Built on 17 neglected acres of mostly contaminated soil and invasive plants, its centerpiece is a large stormwater pond that reduces neighborhood flooding, relieves local sewer systems and features a stand-alone fountain through which stormwater enters the pond from nearby streets.

Of course, no park is complete without a place for kids to play. Historic Fourth Ward Park boasts distinctive play equipment throughout the park that pays homage to the area’s industrial past.  A skate park designed by the local skating community with input from renowned skateboarder Tony Hawk and an amphitheater space for formal performances or informal gatherings round out the recreational offerings.

Along with all of its impressive public features, the park also preserves and maintains the environmental quality of the surrounding community. The stream channel in the south plaza pays tribute to Clear Creek, which once flowed through the site. A newly-established urban forest combines with native grass and wildflower meadows to make the park a pastoral oasis near the heart of the city. A solar array shade structure powers the park’s lighting needs and the park’s architecture and bridges serve as constant reminders of the recirculating stream and stormwater management practices. 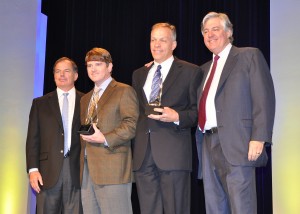 The first new retail project built in the Emory area in 20 years, Emory Point marks the first partnership between Cousins and Gables, both Atlanta-based companies. Located on Clifton Road adjacent to the Centers for Disease Control and Prevention, phase one of Emory Point features 443 luxury, EarthCraft certified apartments and more than 80,000 square feet of retail and dining space, scheduled to open before the 2012 holiday season. The development also includes a one-acre park, 25 acres of protected woodlands, a rainwater capture system, drought-resistant landscaping and electric vehicle charging stations.

Emory Point is an example of infill development in a large employment center with a limited supply of residential and retail space. The development will set a new standard for the Emory community, blending pedestrian-friendly retail with luxury apartment living, all in an environmentally-conscious development that is accessible from Emory University, CDC and Emory Healthcare by foot, bike, car, MARTA and the Cliff electric buses.

(Author’s note: Some readers know this site as the Peters House.)

Savannah College of Art and Design 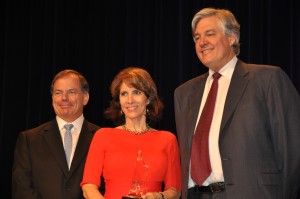 Considered Atlanta’s finest existing example of High Style Queen Anne Victorian architecture, Ivy Hall was constructed in 1883 by Edward C. Peters. Vacated by the family in 1970, it was later converted into a restaurant, but then abandoned. In 2005, the property was purchased by the Savannah College of Art and Design, which restored the 4,300 square-foot mansion to its original configuration, including all interior and exterior detailing.

Open to students and the public since 2008, Ivy Hall has hosted numerous presentations from authors, poets and literary figures, as well as musical and other events. It serves as a gracious guest house for visiting scholars, classroom space for SCAD’s writing degree programs, as a resource and an event space for the community.  Ivy Hall is truly a monument to Atlanta’s past and testament to the importance of restoring and preserving historical places. 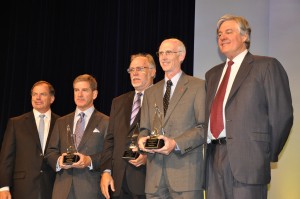 With its origins as a railroad hub, transportation and logistics have always flowed through metro Atlanta’s veins.

So it’s no surprise that the City of College Park created an innovative stop along the ATL Sky Train, which delivers travellers from the world’s busiest airport to new rental car facilities. Gateway Center has opened opportunities for growth around the region’s most powerful economic engine, with 1.1 million square feet of mixed-use space, adjacent to the Georgia International Convention Center and connected to the world’s busiest airport. 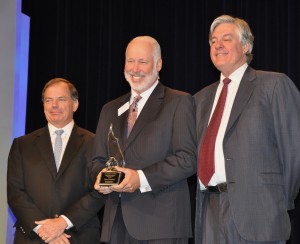 The City of Norcross received its initial ARC Livable Centers Initiative grant in 2001, with a vision of transforming its underutilized downtown area into a walkable, livable community. Shortly after incorporating the LCI plan into its city policies, Norcross appointed a citizen’s Architectural Review Board and a Design Concept District to encourage design consistency and develop a unified plan for downtown, rather than the traditional lot-by-lot style of development.

In recent years, Norcross has converted an old church into a Cultural Arts and Community Center and turned a worn baseball field into a beautiful public space for concerts, events and public gatherings. The park is named after former Norcross mayor Lillian Webb, who led the effort to acquire the initial LCI grant. Currently, another LCI transportation project is underway to improve sidewalks and add bike facilities to downtown, specifically along Skin Alley, College Street and Jones Street.

Few communities have done more with their initial and supplemental LCI funds than the City of Norcross, transforming its downtown and adding quality of life for those who come here to live work or play. 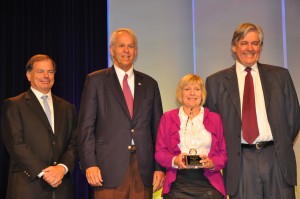 What makes a great place? Many things, but they all have one thing in common. A great place has a long-term commitment to a vision of what it wants to be. The City of Decatur has made that commitment and has been implementing and perfecting its vision since the 1980s. From its historic courthouse, renovated into a meeting space and reception hall, to its mix of shopping, recreation, entertainment, dining and services, Decatur offers something for everyone and puts it in a walkable, transit-connected and convenient downtown.

The residents of Decatur pride themselves on offering an inclusive, vibrant place to live, work and play.  Residents can walk and bike just about anywhere they want to go, including onto a MARTA train that gives them convenient access to jobs and activities throughout the region’s core. And, with great schools, an active night life, quality events and festivals, a commitment to serving its young and old, alike with a wide range of housing options — the City of Decatur excels and is a deserving recipient of this 2012 Great Place award.

Previous Article
Column: Top IBM Georgia executive, Pat Falotico, to lead United Way drive
Next Article
We can recapture Atlanta’s magic of 1960s by being bold with the basics