Arthur Blank on Atlanta United’s pick of DeKalb: ‘It has come full circle” 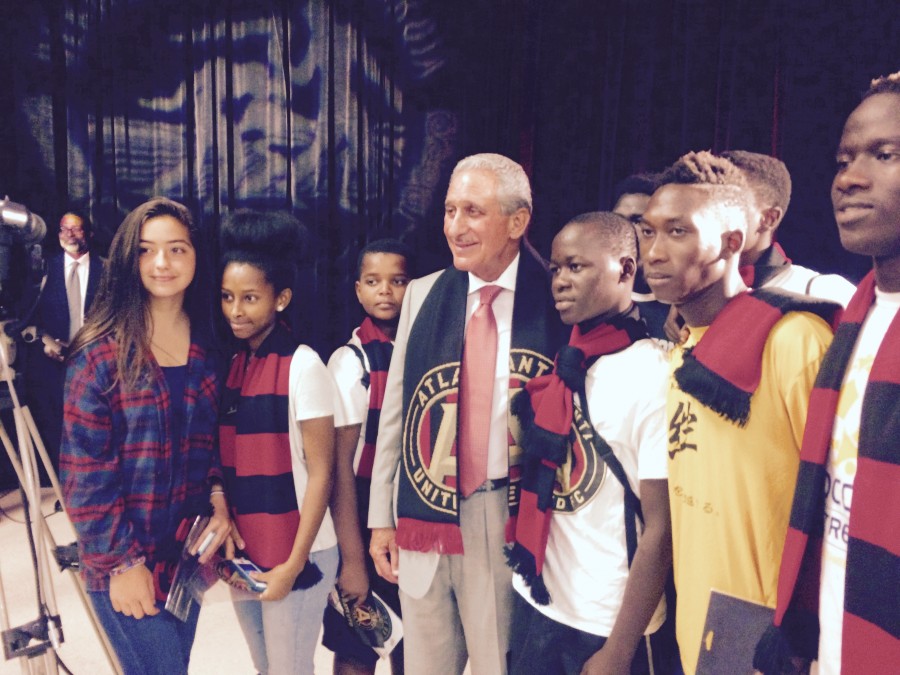 Maybe it was destiny.

On Tuesday, the Atlanta United Football Club announced it would locate its soccer training facility on property owned by DeKalb County – along Memorial Drive inside I-285. 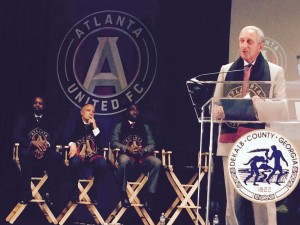 “It has come full circle,” said Arthur Blank, co-founder of the Home Depot and owner of the Atlanta United professional soccer franchise. “In a certain sense, it was kind of a sign.”

Blank said even he was amazed by the odd coincidence of returning to that location more than 35 years after “our business success began” – the birthplace of what has become the largest home improvement company in the world.

It ended up being the place where Atlanta United will invest up to $35 million in the first phase to build its headquarters, a 3,500-seat stadium and three more soccer fields. The second phase likely would include an indoor training facility and at least three additional fields – representing an investment of up to $15 million. 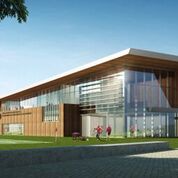 “The first day I came to look at the site, the people I was with didn’t realize that right across the street was the first Home Depot store we had opened,” said Blank, who remembered thinking that “maybe that’s a signal” about where Atlanta United should build its headquarters and soccer training facility.

But instead of making a decision right on the spot about where the soccer training facility should be located, the team considered about 11 sites.

“There was a lot of competition,” Blank said about the various sites.

But DeKalb won out – largely because of its leaders.

“Their passion and their energy was consistent from the very first meeting,” Blank said. “They really knew they wanted this.”

Other communities also were passionate about wanting to win the facility, but no other locale was as aggressive as DeKalb – which offered Atlanta United a long-term ground lease as well as $12 million in public funding. 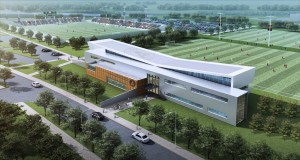 Interim DeKalb CEO Lee May on Tuesday made no apologies about the county’s cash infusion into the deal. For him, it represented the first major investment in that part of the county for more than two decades.

In fact, DeKalb County Commissioner Larry Johnson called the decision “a game-changing, catalytic event.” It was “the miracle on Memorial.”

Blank, however, called it the second miracle on Memorial.

The first miracle occurred at that location more than 36 years ago. Blank remembered the first day when Store 101 opened in a building that used to be part of the now-defunct Treasure Island – the discount chain owned by JC Penney. At the time, it certainly did not feel as though Home Depot would reach the top of the retail chain.

“On the day we opened, my three older children were outside this store giving away $1 bills,” Blank said. “At the end of the day, they still had handfuls of $1 bills.” 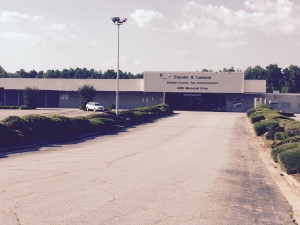 Home Depot was having problems getting shoppers inside the store – despite giving money away in an attempt to attract customers .

Blank also remembered the skepticism of his Home Depot co-founder – Bernie Marcus. They were looking to buy four Treasure Island stores in Atlanta all located along I-285.

When they were driving to the see the vacant stores while traveling on I-285, all Marcus saw were trees. “There are no people here,” Marcus exclaimed.

Fortunately for Atlanta, people did embrace the Home Depot concept – turning the co-founders into billionaires.

“I hadn’t been back to the store,” Blank said of the building that now houses DeKalb County’s Tax Commissioner. “It is still intact.”

Blank does not remember when they closed the original Home Depot store. Duke Sullivan, who worked with Home Depot on real estate matter, said in an email he believed the store closed in August 1994 – when a newer store on Lawrenceville Highway opened nearby.

But Blank does believe it was a spiritual journey that brought him back to the place where it all began.

In a brief interview after the press briefing, Blank said: “this is the second miracle on Memorial.” 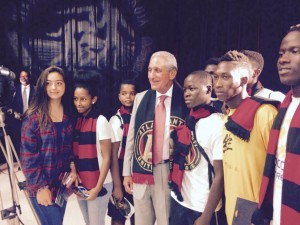