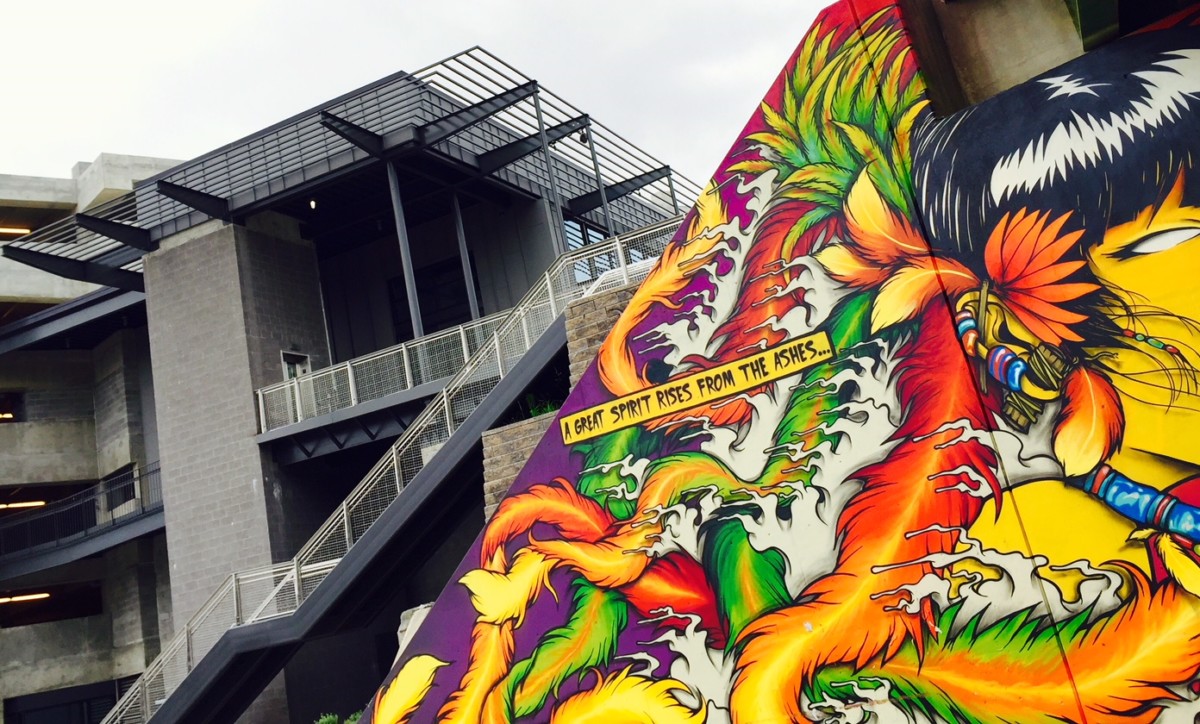 Atlanta’s quick to name the block-busting Hollywood films and TV shows made in the city — Black Panther, The Walking Dead and so on. But local artists say a little more love for the city’s home-grown film, sculpture, dance and other arts would pay off in more ways than one.

More than a dozen artists and art administrators came to Atlanta City Hall on Tuesday to ask council to at least double last year’s spending on grants to art and culture nonprofits. 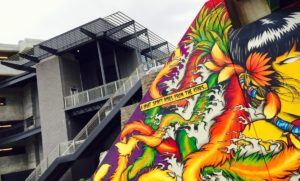 City art and culture grants can be used for many things, but the point is that the money is supposed to be a catalyst, helping to augment a group’s base of support, or support an artist. Everything they fund has to take place in the city and be publicly accessible.

Doubling this year’s spend would mean about $2 million for this upcoming fiscal year, said Chris Appleton, co-founder and executive director of nonprofit community arts organization WonderRoot. But the ultimate figure to work toward is $10 million.

That $10 million figure was put down in 2007 by the city’s Arts and Culture Funding Task Force as an appropriate sum to spend on contracts or grants for arts and culture nonprofits and artists.

But 2007 is a long time ago. Arts nonprofits’ spending on operations is some three times bigger than it was back during Franklin’s administration, according to an ongoing monitor of the sector.  In other words, the nonprofit arts community is a lot bigger than it was.

“Then what should the [funding] number be then? I’ll leave it at that,” Appleton said.

City Council is looking at a draft spending plan of about $667 million, which they’re likely to make changes to before a vote later this month. They’ve got to balance many spending requests: raises for police, spending on parks, cash for senior services, shelter for people experiencing homelessness and more.

Brandon Sheats works not quite three blocks from City Hall, as executive director of Murmur Media, which provides space, tools and resources for people to get involved in DIY media. 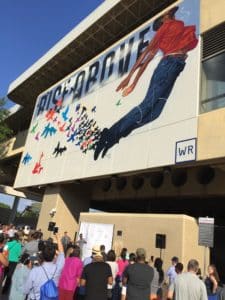 A festive group attends unveiling of Fahamu Pecou’s mural at the King Memorial Station in 2016. WonderRoot was one of many partners that helped make it happen. Credit: Kelly Jordan

In calling for a $2 million art grant spend, he also said the cash should be granted with equity in mind. Arts and culture have a big impact on the economy, but he said art spending is about more than that.

“In a lot of cases, particularly when it comes to young people of color, art access really isn’t there,” said Sheats.

“Creativity really does change your approach to everything else in your life,” he said

She said she’d seen statistics that she hoped were wrong, that showed other southern cities spending more on arts grants than Atlanta. Nashville, for example, has budgeted $2.4 million in funding for this budget year.

“A city of this stature that is No. 1 in so many areas, I advocate on our being No. 1 in arts funding in the southeast,” Bertrand said. “It’s embarrassing that Atlanta would not top out in that area.”

Lisa M. Cremin is director for community advancement at the Community Foundation for Greater Atlanta, one of the nation’s largest grantmaking community foundations.

She said that historically, Atlanta’s spending on contracts for art and cultural services has been low — and it’s time for the city to do more.

Cremin pulls up numbers from the latest Atlanta edition of the nonprofit Americans for the Arts’ Arts and Economic Prosperity report. In a 2016 survey of 232 event attendees conducted for the report, almost three-fourths of visitors from outside Fulton County said they came to Atlanta primarily for an art or cultural event — that’s cash flowing into Atlanta, multiples of what the city spends.

She also says that when children are involved in arts at school, they’re more likely to do all kinds of positive things like participate in math and science fairs, be elected to class office or get awards for attendance. It makes low-income students more likely to graduate college.

But arts also have an immeasurable impact. Take the city’s Cultural Experience Project — its vision is for every Atlanta Public Schools student to visit one cultural venue every year at no cost to the student or the school. According to the Mayor’s Office of Cultural affairs, it reached 72 percent of students in the 2015-2016 school year, mostly bankrolled by cash or in-kind donations. Students went to places like the Atlanta Ballet, The Center for Civil and Human Rights and True Colors Theater.

“This is really a very important thing  — peoples’ lives change when they see art,” said Cremin.  “Many people that I know that are arts professionals now were turned on to the arts through a field trip.” 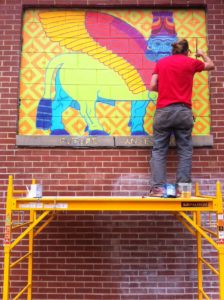 Appleton, meanwhile, said the budget doesn’t have to be a zero sum game, with arts and culture pitted against the police or filling potholes.

Instead, he said, cities that spend on arts are better equipped to deal with things like affordable housing, transportation and public safety.

“Artists work in tandem with civic and social partners to address these issues,” he said.

But in the meantime, for this year’s budget, he said he thinks there’s room to get funding up to $2 million for arts grants, perhaps by shifting some budgeted funding that may not be needed to fill vacancies in some departments.

It’s not entirely clear what the mayor or council are considering spending on arts and culture grants this year — the figure is not broken out in the city budget book, nor was it immediately available from Mayor Keisha Lance Bottoms’ office.

Last year on the campaign trail, Bottoms said she would commit to tripling the budget of the Office of Cultural Affairs.