Recent settlements regarding Atlanta Symphony Orchestra and Detroit Institute of Arts speak to the role of a civic sense of duty in keeping a city’s cultural doors open. 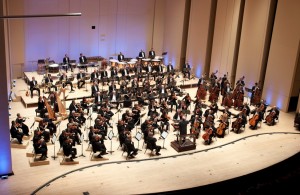 The Atlanta Symphony Orchestra resumed its season after reaching an agreement with management. Credit: atlantasymphony.org

The ASO intends to secure up to $33 million in donations to endow 11 new musician chairs by 2018, according to Moody’s Investors Service. The DIA will remain open with an aid package that includes $366 million contributed over 20 years by local and national foundations, according to the bankruptcy court ruling.

The situations in Atlanta and Detroit are separated by geographic distance, as well as the extremity of financial distress. The ASO resolution addressed a musician lockout and fiscal issues facing the Woodruff Arts Center; the DIA was part of Detroit’s settlement of an $18 billion municipal bankruptcy.

However, the solution reached in each case can illuminate the conversation in metro Atlanta, and Georgia, as civic leaders contemplate ways to nurture the arts and cultural affairs.

Here are some highlights of the ASO and DIA settlements:

Moody’s reviewed the ASO settlement in its recent Weekly Credit Outlook. ASO warrants attention because of its place in the Robert W. Woodruff Arts Center, Inc., which sold $188.26 million of debt in 2009.

Moody’s views the ASO outcome as, “credit positive,” because it will, “enable the center to reduce operating deficits at the symphony division, a driving factor in its weak overall financial performance.”

The agreement provides for 77 musicians in the current season; a commitment by management to increase the number to 81 musicians in 2016; and 88 musicians for the 2018 seasons, according to Moody’s.

Costs associated with each new musician will be covered through an endowment program. The typical chair is to be funded with an endowment in the range $2 million to $3 million, according to Moody’s.

The agreement also provides for reduced benefits for musicians, according to Moody’s:

The Detroit Institute of Arts came into play during the settlement of Detroit’s $18 billion bankruptcy case. 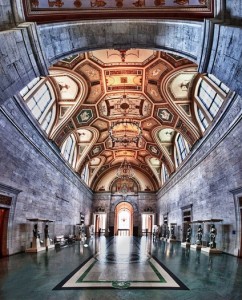 Some creditors thought the city-owned museum should sell its collection to make good on a portion of the city’s debt. The process reached the point that at least two appraisals were conducted – each yielding a wildly different value.

The bankruptcy judge said in a ruling issued this month that he tended to think the collection could not be sold. That was the position of the museum and Michigan’s attorney general, who had contended that a trust prevents the sale of the collection to cover municipal debt, according to the ruling issued by U.S. Bankruptcy Judge Steven Rhodes, of the Eastern District of Michigan, Southern District.

Rhodes approved an overall settlement that’s been called a “grand bargain.” For the museum, it includes a total allocation of $816 million from donors and the state, “to help fund city pensions in exchange for protecting the DIA assets,” according to Moody’s current Weekly Credit Outlook.

As Moody’s describes the comprehensive solution, the overall settlement enabled Detroit to, “shed a reported $7 billion in liabilities and reinvest approximately $1.7 billion over 10 years in public services and infrastructure.”

Creditors agreed to accept a portion of the amount owed them; general city employees agreed to accept reduced pension payments; retiree health benefits were reduced significantly; and FGIC settled for, “riverfront property, including the site of the existing Joe Louis Arena, and $141 million in future bond proceeds.”

In his ruling, the judge included language that speaks to the role of arts and culture in a city:

Previous Article
On Brittany Maynard, Thanksgiving, and how facing our mortality head-on this “Movember” is a leadership gift to our families.
Next Article
U.S. Sen. Rand Paul in a position to attract Democratic Party votes