When we consider the essential bulwarks of our great republic, counties seldom come to mind. We say you can’t “fight city hall,” or that something would “take an act of Congress,” but there are no catch phrases for counties.

They are the common denominator of our governance. Every resident American lives in a county, borough or parish, save only for those who live in the cities of Baltimore, Saint Louis, Carson City, or several cities in Virginia. A good chunk of our taxes goes to them, and they’re accountable for a massive amount of our law enforcement, infrastructure maintenance and emergency response.

Counties are also a lens which offers an astonishingly vivid insight into the data released last week by the U.S. Census Bureau.

If you look at three decades of maps showing the percentage change in population by state, you’ll see that the South is the region which has changed the most due to the overall decline in population growth. The entire South except Louisiana was growing at a clip of 10 percent or more during the 1990s, but in the last decade only Texas, Florida, Georgia and South Carolina kept up that pace, and Mississippi lost population. Across the rest of the country, the patterns — growth in the West, stagnation in the Midwest and Northeast — were consistent across the three decades.

A far more dramatic story emerges when you look at maps of population trends in the country across the same time period by county. In the 90s, the brown counties — those that were losing population — were concentrated in the High Plains states, in mottled fashion across the Great Lakes states and down the Mississippi River Valley. There was a small cluster of brown counties in southwest Alabama, but only a scattered few in Georgia. On the next map, for the 2000-2010 period, brown has spread into new territory, like the Upper Peninsula of Michigan and eastern Oregon.

Nothing in the maps for those two decades really prepares you, however, for the map of what happened from 2010 to 2020. On this map it is brown, not red or blue, which is the nation’s dominant color. Brown has virtually swallowed Arkansas and Missouri, and spread across places like Panhandle Florida and Southside Virginia that had still been growing the decade before. Brown covers the full length of Middle Georgia.

In a twist, McKenzie County, North Dakota, the fastest growing in the nation due to the oil and gas boom there, was at the center of the biggest cluster of brown counties in the 90s. For the most part, a diminishing number of big counties clustered around big metro areas gained, while a rapidly growing number of counties fell behind. Some of the deepest losses were in the smallest counties, like Dooly County in Georgia, which started the decade with few than 15,000 and lost a quarter of its population. The cluster of counties on the outskirts of metro Atlanta has grown brown at the edges.

Think of each of these brown counties in terms of the deputies who patrol the roads, the crews which repair them, and the emergency medical units which show up when somebody has a wreck on them. In all these counties, there are fewer taxpayers to pay for that and everything else counties do than there were a decade ago.

The shift in financial and political power cuts across blue and red. Panhandle Texas may be different in many ways from Upstate New York, but the county map reveals how both will be losing legislative seats this year to the big cities in their states. This map foretells wrenching reapportionment sessions in legislatures across the country later this year, no matter which party is in the majority.

These maps give us a much more granular means of what’s going on in the country, but they also raise some long-range questions about counties themselves. At what point do counties losing population cease to make sense in terms of the services they provide? Is Los Angeles County, population 10 million and growing, comparable as a government unit to counties out on the Great Plains with fewer than a thousand people, and shrinking? A lot of that depends on how the people the counties serve feel about them. 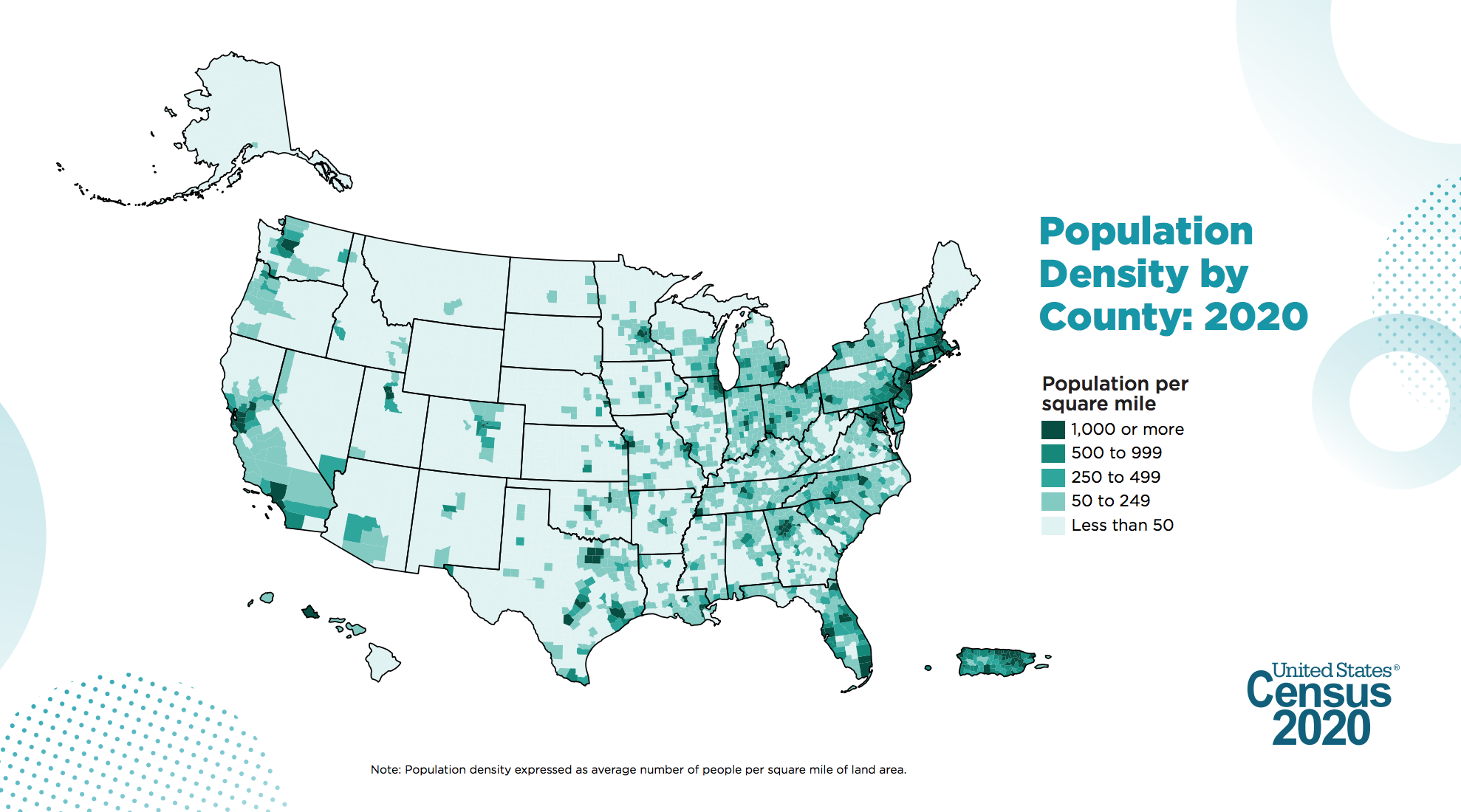 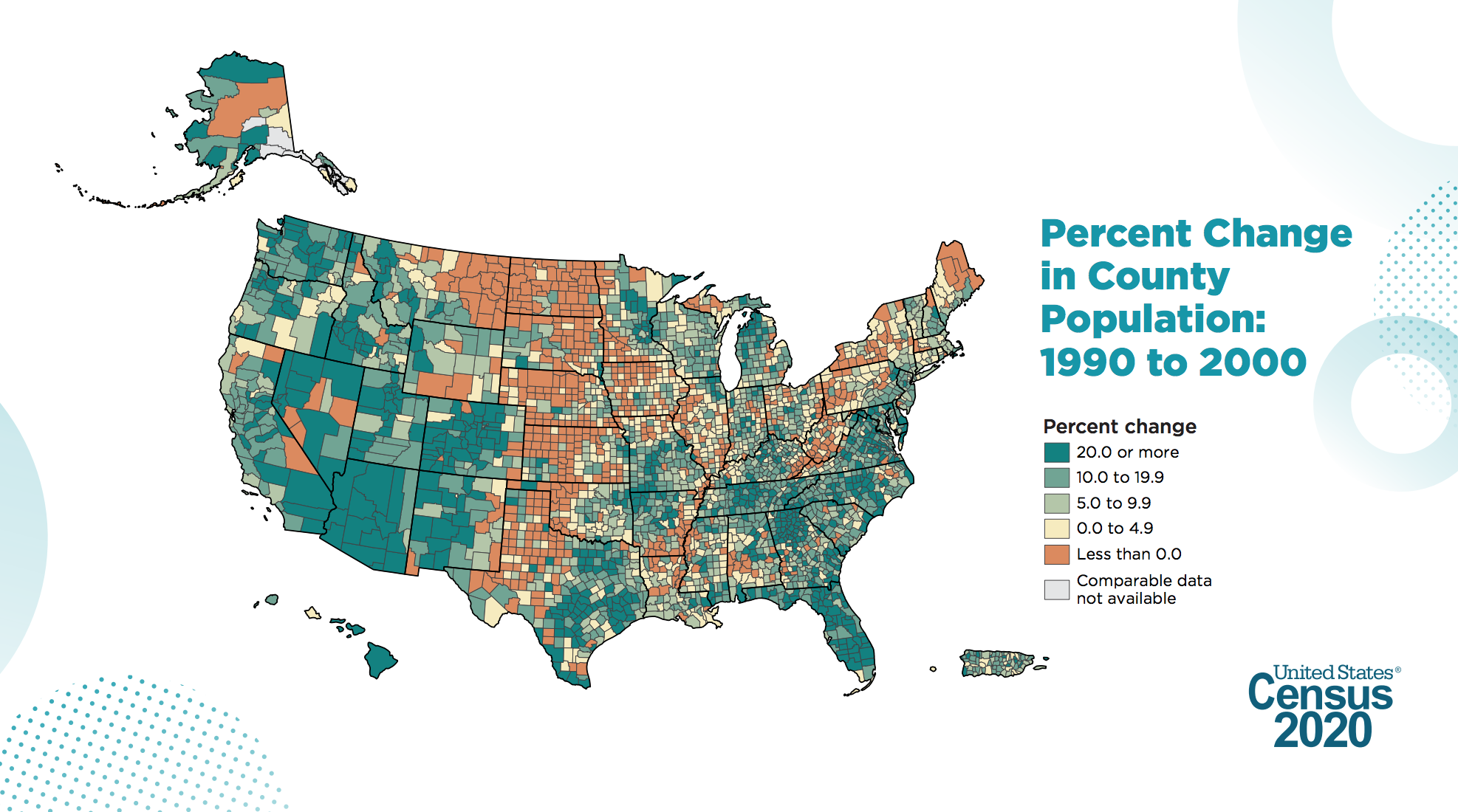 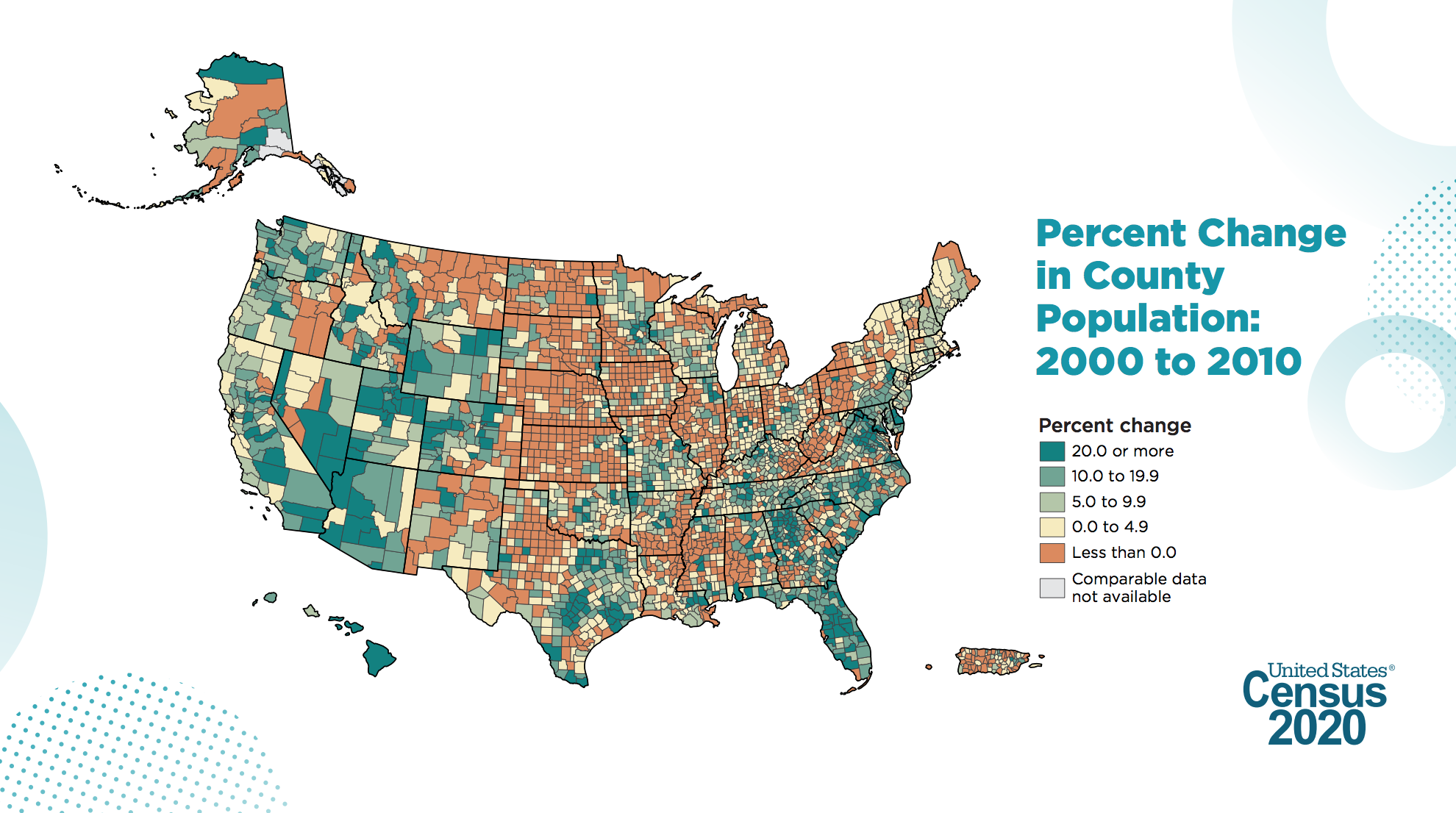 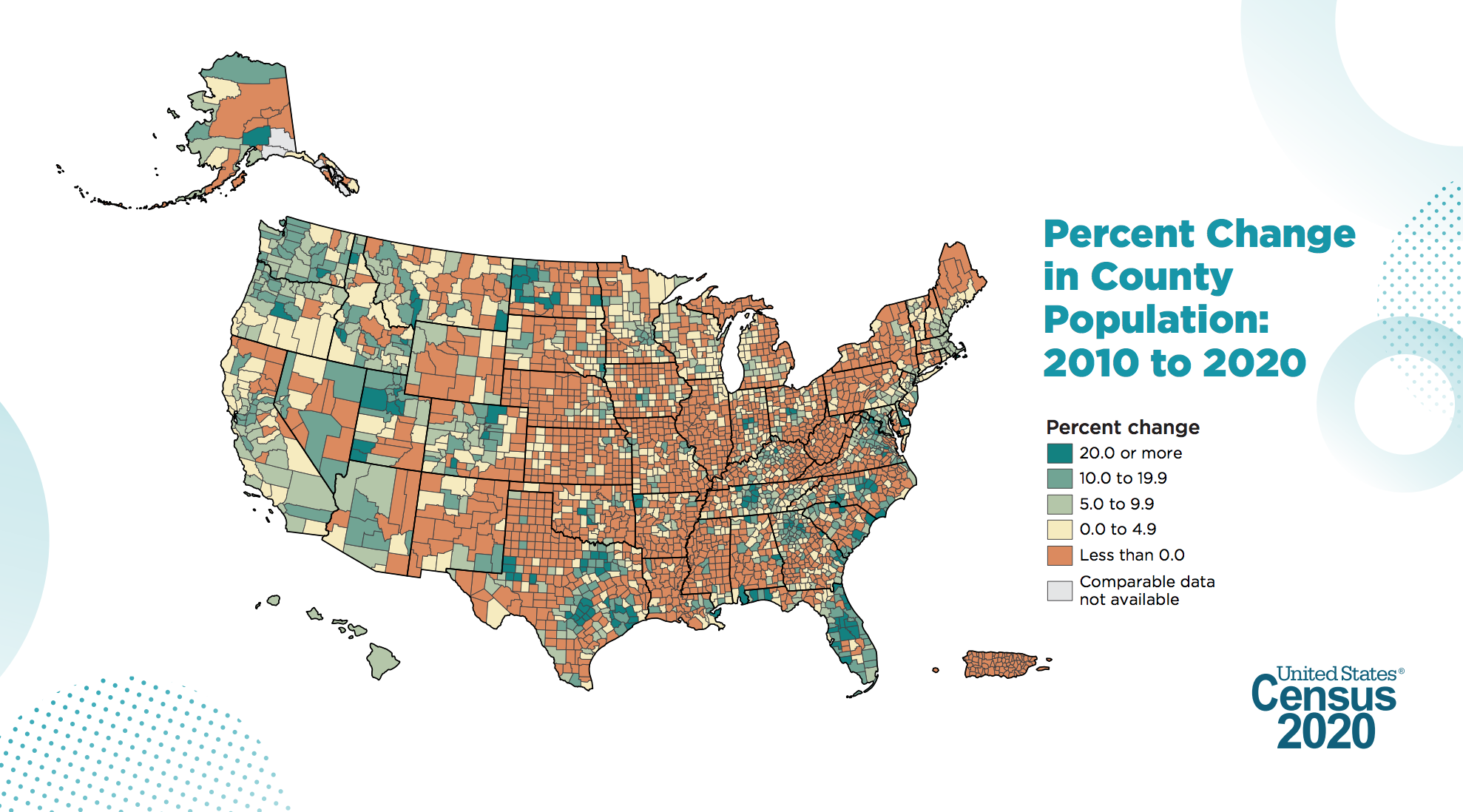