The Atlanta City Council is slated to vote Tuesday on a bundle of airport concessions contracts worth more than $3 billion over the next decade.

Mayor Kasim Reed’s administration started developing on the package well before January 2011, when it hosted a convention with the concessions industry. Now, despite the administration’s best efforts, the package seems to be embroiled in many of the questions of cronyism that have plagued Atlanta’s airport deals for years.

The general questions being raised are familiar in any major public-private venture. In this case, they boil down to two points:

Reed has kept his distance in public from the recommended awards. As recently as Dec. 19, when Reed visited Atlantic Station to announce an upcoming tennis tournament there, Reed walked away from questions about the concessions package while instructing a press officer to refer all questions to airport General Manager Louis Miller.

A calendar of milestones from the past year shows the challenge Reed’s administration has faced in bringing to market a package for more than 150 spaces in the airport. The administration says this is the largest concessions deal in the history of North American aviation. It represents 125 food and beverage locations, and 27 retail sites.

Sign-in sheets from an industry day show scores of names of individuals who are old hands at doing business with the airport, or with the city on other types of contracts. 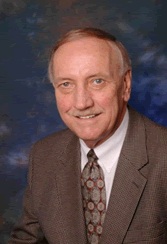 Miller, the airport manager, appears before the council’s Transportation Committee to present the outline of the bid process. Miller says the administration expects to present its slate of vendors to the council for consideration – and vote – in September.

Reed’s efforts to establish a clean procurement aren’t helped by a decision Reed announced himself – Atlanta would pay $3.9 million to settle its share of a airport contract corruption lawsuit the city and two co-defendants lost in U.S. District Court in Atlanta. The total jury verdict was for $17.5 million.

Atlanta businessman Billy Corey filed the lawsuit in 2004. Corey contended that political favoritism resulted in an advertising concessions contract being awarded to a close family friend of former Atlanta Mayor Maynard Jackson, according to a summary of the case contained in a Nov. 16, 2009 ruling by the U.S. Court of Appeals.

“This battle, which is more than 10 years in its origin, has gone on long enough,” Reed said when he announced the settlement.

The airport’s concessions director, Paul Brown, says the identity of members of the selection team that will choose winning vendors will not be made public until after the package is delivered to the council.

Holly Manheimer, executive director of the Georgia First Amendment Foundation, becomes the first of several “good government” types to say the identity of the review team cannot be kept secret.

Throughout the process, the city has successfully maintained that the state Open Records Law does not require disclosure of any sensitive aspects of the bid process – including the identity of the review team.

Common Cause of Georgia releases a white paper that hit the highlights of airport corruption going back more than 20 years. Common Cause made a point to say it was not suggesting Reed was involved in anything improper. But the paper did call on Reed to enact measures that would ban “pay for play” in city contracts.

Reed responded with a statement that defended the integrity of the current concessions program. The statement also said Reed is a longtime supporter of campaign finance reforms. Reed agreed to meet with representatives of Common Cause, but the meeting never materialized.

This is what the statement said about releasing the identity of the review team members: “The names of the evaluation members, once finalized, will be released to the public.”

The first inkling appears that there are problems with the requests for proposals that were drafted by the city and released to the business community.

More than 329 questions were submitted to the city by concessionaires. The city responded with five addendums to its initial package. Miller said at the time that he decided to support the request from the private sector for an extension of deadlines for responses in order to provide concessionaires with time to digest and respond to the city’s new terms.

By now, the overall deal is at least a month behind schedule. October is now the expected delivery date to council.

The rumor mill is abuzz that political meddling is unfolding over the responses to the city’s proposals.

Speculation among various major concessionaires is that the administration is trying to protect at least one favored vendor that had botched its paperwork. The theory is that new state-mandated regulations concerning the documentation of workers have tripped up some proponents.

Top city officials firmly deny that the process is troubled.

Carla Cail, the city’s contracting officer for the airport concessions program, left her job Aug. 17 “to accept a better opportunity,” a city spokeswoman said when asked about the departure – in November.

Atlanta pulls the plug on the entire concessions process.

Atlanta COO Peter Aman said on Sept. 2 that the city cancelled the procurement process because 36 percent of the 95 proposals vendors had presented to the city were fatally flawed. In addition, a total of 46 percent of the bid packages submitted by vendors were deemed non-responsive for some failure to properly complete forms, said Duriya Farooqui, the city’s deputy COO.

Terms of the city’s RFP would have allowed Atlanta to dismiss just the flawed bids. Aman said the city determined the best course of action was to cancel the entire procurement and start it anew.

The second round of proposals is opened and only one change is noted from the original package that was opened in July. A new joint venture was formed and submitted a proposal.

The new entity created for the second round was not selected by the administration. It was comprised of one of the biggest Hispanic franchises in the country, Sun Holdings, LLC, and a local firm named Roberson and Reynolds Food and Beverage Management Services, LLC.

The administration announces that winning vendors will be notified in early December and the council will vote on the recommendation in January.

An airport contract unrelated to the major food and beverage package (with retail for the new terminal) begins to generate controversy. It has significant implications for any future protest of awards for the big package.

Travelex Currency Service wanted to keep its currency exchange shop at the airport but the Procurement Department announced in October that it had selected another vendor. Travelex wanted to protest the outcome and the city refused to provide Travelex’s attorneys with information they requested to draft the protest letter.

Concessionaires learn if they were chosen for the food and beverage contract. Losing bidders discover that they can’t get information they’ve requested from the administration to file protests.

Fulton County Superior Court Chief Judge Cynthia Wright issues a ruling in the Travelex case that affirms the city’s position but cautions that the city’s tight policies on disclosure could impede the handling of bid protests.

The administration delivers its recommendations to the homes of members of the council’s Transportation Committee after 6 p.m. on Dec. 13. The next day, the committee hears from vendors and the general public before voting to support the adminstration’s recommendation.

The council begins its annual winter recess at the close of business Dec. 16 – the third business day after receiving the administration’s recommendation for which companies should win a piece of the $3 billion concessions deal.

Rumors abound that political insiders have financial interests in some of the companies that were recommended to receive airport concessions contracts. The reports cannot be validated because the bid information is not available to the public.

Common Cause of Georgia renews its request on Jan. 2 for the council to delay a vote and use the time to investigate the administration’s proposals.

Previous Article
Welcoming 2012 brings up warm memories of New Years past and hope for the future
Next Article
ATL concessions: Atlanta Council debating proposed contracts; votes not yet taken