ATL concessions: Common Cause in hot seat for its watchdog role over contracts

In less than seven months, Common Cause of Georgia went from being ignored on the steps of Atlanta City Hall to being challenged in the hot seat of the council’s Chamber over its role in the debate over $3 billion worth of airport concessions contracts.

William Perry, the group’s executive director, responded from the hot seat: “If you don’t like the message, attack the messenger.”

Common Cause has taken a leading role as watchdog in calling for full transparency by the city in its handling of airport concessions contracts. To that message, Common Cause has melded its three-year push for the city to reform its campaign finance regulations – including a limit of $250 per election cycle to any person or business with a city contract.

The city declined to comply with the transparency requests from Common Cause, private citizens and a business that sued in Fulton County Superior Court. Atlanta officials contended that the contract process cannot be opened for review, according to the state’s Open Records Law.

The city lost one battle Wednesday, when Fulton Superior Court Senior Judge Cynthia Wright ordered the mayor not to sign for 30 days a contract for a foreign currency exchange business pending the review of city records involving the award of that contract.

This isn’t the first time Reed has dismissed requests from Common Cause.

When Reed was raising campaign funds in the 2009 election, Reed declined to support the group’s proposed ban on pay-to-play, according to Emmet Bondurant, a state director of the group.

“When Reed was running with the other three candidates, we proposed a pay-to-play ordinance that we presented to all four candidates and all four refused, Bondurant said in June 2011.

Reed contends that he is a strong advocate of ethics reform. Reed also contends that campaign contributions are an essential part of a fair electoral process.

Common Cause started its effort on June 8, with a media event on the steps leading to the old City Hall. There were indications that someone from Reed’s office, perhaps the mayor himself, would attend and make a few comments. That did not happen.

Common Cause board member Kirwin Swint, a professor at Kennesaw State University, released his white paper that outlined 30 years of corrupt airport contracts that were awarded to political friends and campaign contributors of elected city officials. The paper did not fault Reed in any way, but it did note that Reed had raised more than $3 million for his 2009 mayoral campaign in a system that has not been changed significantly in 30 years.

Reed responded with a statement has he is a champion of ethics reform, but believes that: “without campaign contributions, candidates who are not wealthy would never be able to spend the time required to meet voters, communicate their ideas or develop their platforms.”

During the Jan. 3 council meeting, Willis took a similar tact with Perry – contending that campaign finance reform would limit the pool of candidates to the wealthy class. 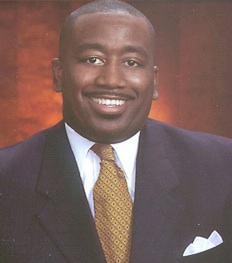 “You’re saying that people who should run for office come from some aristocratic level,” Willis said, adding that some people are poor and can offer only their vote while others can contribute money but cannot vote for a candidate.

“Guess what – if I’m Michael Bloomberg, or Jon Corzine, or Cliff Oxford in Georgia [unintelligible remarks] it reserves political office for the aristocracy of America.”

Willis asked Perry to address the issue of diversity on the board of Common Cause.

Perry said the incoming board has 21 members, comprised of five women, one African American, “and the rest are white males.” Perry estimated that six to seven board members are Republicans and the rest are Democrats. Perry said he personally campaigned for Cathy Woolard, an openly gay member of the Atlanta City Council who later was elected citywide as council president. Perry said background checks are not conducted of Common Cause board members.

“So that’s one African American. Let’s move up in the world,” Willis said before turning to the lack of financial investigations into board members:

“So, that’s kind of troubling for me. Because I would think that a board that wants to talk about clean hands would want to make sure it’s hands are absolutely clean…. People who throw their stones sometimes like to hide their hands.”

Perry responded: “If you don’t like the message, attack the messenger.”