The Atlanta City Council is entering the final weekend of what is likely to be intense period of discussion over its scheduled Jan. 3 vote to award airport concessions contracts worth more than $3 billion.

The rumor mill abounds with reports that politically connected individuals, or their friends or relatives, stand to profit from their interests in some of the companies recommended by Mayor Kasim Reed’s administration. No reports can be verified now, in part because the administration is not revealing details about the proposals received.

The administration has taken the position that it is being as open and transparent as possible under state law. 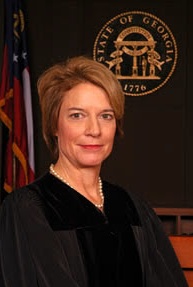 Various officials in the departments of law and procurement contend the city has a duty to protect the confidential information contained in the bid packages – which the administration maintains cannot be revealed to the public, or even the council, because the contract process is not complete.

The administration says the materials are not subject to disclosure under the Georgia Open Records Law.

However, at least two council members have taken strong public position in opposition to the administration’s stance on various aspects of the process – including its interpretation of the Open Records Law.

Council member Felicia Moore said she’s served 14 years and never yet has encountered a situation where so much information has been kept secret from the council and out of the public eye.

Council member Michael Julian Bond said the proposed contracts have not been fully examined and discussed. He recollected his prior service on the council, in the 1990s, when he said the council took ample time to discuss details of a big airport concessions deal.

Bond said the council at that time voted to extend existing contracts in order to maintain services while the council exercised its duty to award contracts as part of its role as the policy-making arm of city government. The policy consideration includes the extent to which the airport is used to foster small and/or disadvantaged businesses – as required by federal law.

“I’d like to see these proposals fully vetted, which I don’t believe has happened,” Bond said. “The discussion hasn’t been adequate. At the council meeting, some of the questions that need to be raised will be raised on the floor.”

“These aren’t routine contracts,” Bond said. “These are contracts with decade-long implications for the airport, for the city. This is a big decision, and big decisions ought not be rushed.”

Airport General Manager Louis Miller contends that the contracts need to be signed to ensure the on-time opening of the international terminal. In addition, Miller said, the city stands to lose millions of dollars each month of delay in signing contracts that will reap more money for the city than the current contracts.

Meanwhile, attorneys representing various losing proponents in the current concessions deal dispute the administration’s position on the Open Records Law. They look to a Dec. 5 court ruling on an unrelated airport concession contract – one involving a foreign currency exchange.

The action brought by Travelex was handled by Fulton County Superior Court Chief Judge Cynthia Wright. Wright was first appointed to the bench in 1996 by then-Gov. Zell Miller and has provided legal counsel to two governors – Miller and George Busbee.

Travelex lost its bid to retain its business, which Reed’s administration recommended be awarded to another firm. Travelex filed an action in Fulton Superior Court contending its ability to file a protest was hindered in part because of the city’s refusal to release adequate information on which to base a protest.

An unsigned statement on the city’s Internet home page states: “This decision validates the city’s understanding of the Georgia Open Records Act and the city’s goal to defend ‘the integrity of the competitive bidding process’ by protecting the confidentiality of business competitors’ sensitive information during the bidding process.”

Some attorneys point to a section of Wright’s ruling that they say does not support the city’s conclusion. That section reads:

“The court is concerned that the statutes and local laws governing this process prevent an unsuccessful bidder from having any meaningful review of the city’s basis for and decision to award the contract to the successful bidder until after the mayor has signed the agreement, which in the court’s opinion is likely too late and only serves to promote further litigation and expenditure of resources.”

In addition, the ruling states:

“The court is compelled to note for the record that the city and legislature should be aware of the vagueness inherent in the law and ordinances as to when an award of a contract becomes ‘final,’ and they should also consider the rights of frustrated bidders who need to examine records in preparation for filing a protest after negotiations have ended with the city and the city has announced the party with whom it intends to engage in contract negotiations.”