Atlanta’s airport is poised to give BlackBerry the boot and open its doors to Apple. 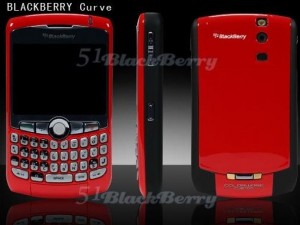 BlackBerry phones have lost so much market share that a concessionaire at Atlanta’s airport wants to replace the line with Apple products. Credit: BlackBerry

The change in product line was requested by a joint-venture company whose prime partner failed to win one of the airport concessions contracts the city council awarded earlier this year. Miami-based Areas USA had submitted a proposal to manage food and beverage outlets at the airport, in addition to the retail spaces it now runs with its joint-venture partner, ARM, or Atlanta Retail Management.

Areas USA is a subsidiary of the Barcelona-based airport giant Grupo Areas SA. In the recent competition for airport concessions contracts, Areas USA received the lowest score among the seven companies that sought one of the major packages of food and beverage concessions, according to the city’s score sheet.

Areas USA was ranked poorly by the airport’s review team in categories including general capacity, business plan, and overall project experience and performance.

Now, Areas ARM says it can boost profits for itself and the airport if the city allows it to dump BlackBerry and replace it with Apple products. The joint-venture company won its airport contract in 2008, with electronics including BlackBerry, apparel lines including Reebok and Calvin Klein, and the Cafe Intermezzo coffee house.

The joint-venture company wants to close its BlackBerry shops in Concourses A and B, and replace them with Apple resellers, according to supporting documents attached to the legislation that’s before the council.

There’s no doubt that BlackBerry has been clobbered in the smart phone competition.

The value of Blackberry’s company has plummeted more than $75 billion in five years. The drop has taken the market value of Research in Motion from more than $80 billion to $3.64 billion.

Values are not on an upward trend: In February, a Jefferies analyst put the target share price at up to $17, and Wednesday the stocks were trading below $7 a share.

Here’s some telling language from the package before the council:

The Atlanta City Council could vote on the matter as early as Sept. 4. If and when the legislation is approved, it would be sent to Mayor Kasim Reed for his signature.