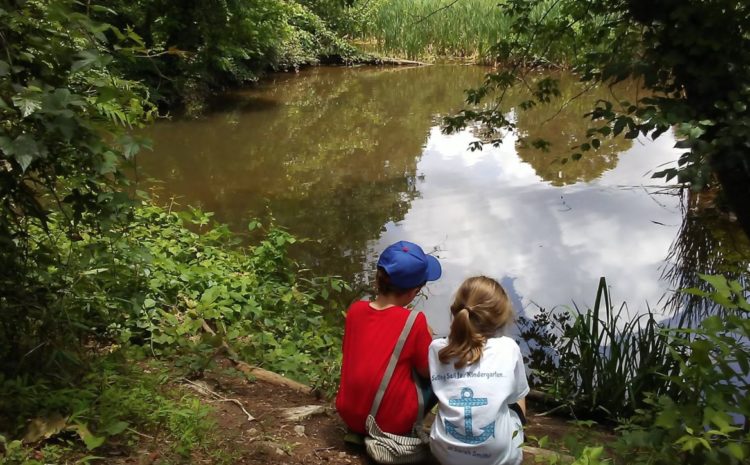 At the Blue Heron Nature Preserve, in North Buckhead, the Atlanta Audubon Society will continue its efforts to foster a place where birds and humans can thrive. Credit: facebook.com

The Atlanta Audubon’s plan to restore a bird-friendly habitat at the Blue Heron Nature Preserve, in North Buckhead, is just the latest program by an organization that has ramped up its outreach significantly in recent years. 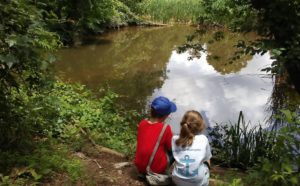 At the Blue Heron Nature Preserve, in North Buckhead, Atlanta Audubon will continue its efforts to foster a habitat where birds and humans can thrive. Credit: facebook.com

Atlanta Audubon is one of those groups whose efforts since the Great Recession have propelled environmental projects from offstage to the main stage. South Fork Conservancy is another such group, along with the South River Watershed Alliance and Livable Buckhead, the developer of PATH 400.

“We are the local contingent that cares about what’s happening with birds, and with the modern threats they face,” said Nikki Belmonte, the group’s executive director who has overseen the group’s expansion. “We are a conservation organization.”

As a conservation organization, Atlanta Audubon updated its mission statement this past summer to include a reference to the human element. The statement now speaks to the notion of co-existence, offering the hope of building places where birds and people can thrive. The previous mission focused on birds and their habitats.

The expanded programming can be seen as both the cause and effect of a growing budget. Greater resources allow for increased programs that, in turn, attract greater resources.

The upcoming project at the Blue Heron preserve is the second in the preserve that Atlanta Audubon has addressed. The Southern Co. has funded both programs, plus an unrelated project along Peachtree Creek, through its Five Star and Urban Water’s Restoration grant. 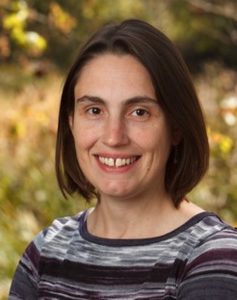 This year at Blue Heron, the task involves replacing invasive species with native plants that are bird-friendly, and conducting an avian survey on the Land O’ Lakes portion of the preserve. The work continues a similar project in 2015, when Atlanta Audubon removed invasive species, replanted native species and conducted an inventory of birds.

In 2016, Southern Co. funded Atlanta Audubon to perform a reclamation effort along Peachtree Creek. The work involved restoring bird habitat on two sites along watershed, and creating a baseline count of birds to help with conservation planning.

Belmonte said the purpose of habitat reclamation is to provide birds and other animals with a viable place to rest and eat.

“The over all goal for doing habitat restoration is to ensure the greenspaces that metro Atlanta seems to be committed to keeping and expanding are of good quality, and not just quantity,” Belmonte said. “The quality of habitat makes a huge difference for wildlife.”

Good habitats provide food, water and shelter for birds and other wildlife. For birds, the habitats serve both the array of birds that call metro Atlanta home, and those whose migratory paths lead them through the region.

‘’An influx of different birds are coning in and out of particular places throughout the year,” Belmonte said. “Even birds that are here year-round won’t use just one greenspace; they shift to where food is available. These greenspaces need to provide food and shelter, whether for American robins moving seasonally in Georgia, or migratory pass-throughs such as the wood thrush.”

Atlanta Audubon also has grown its outreach beyond programs to build and promote bird sanctuaries. 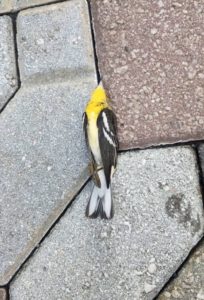 Atlanta Audubon has expanded its programs from habitat restoration to efforts to prevent birds from becoming disoriented and crashing into buildings, sometimes with deadly consequences. Credit: facebook.com

Two high-profile campaigns this year have sought to modify human behaviors and building practices in order to help birds protect themselves.

In March, participants in Atlanta’s Better Building Challenge partnered with Atlanta Audubon to reduce bird deaths during the spring migration season. The building owners who agreed to participate in the “Lights Out, Atlanta” pledged to reduce non-essential lighting from midnight to dawn during the spring migratory season and again for the autumnal migration, which concludes Nov. 15.

Nighttime lighting throws birds off kilter. Birds navigate by the light from the moon and stars, and artificial light can disorient them, causing birds to crash into buildings and get trapped in beams of light and die from exhaustion.

Another program, Project Safe Flight Atlanta, aims to help birds stop themselves from flying into windows and killing themselves. A clear film is applied to windows and it distorts the reflection seen by birds just enough to inform birds that they’re heading toward an impervious surface. The material functions in both residential and commercial settings.

Atlanta Audubon is working with the Chattahoochee Nature Center to treat the windows in the Discovery Center building. The film is to be installed before Thanksgiving at the campus near Roswell.

Looking to the horizon, Belmonte sees Atlanta Audubon continuing to explore the relation between birds and humans. Central to the effort will be improving the connections between greenspaces in order to provide a pleasant respite for humans and birds, and other forms of wildlife.

“What we would like to do over the next couple of years is demonstrate how our collective actions, as partners on larger scales, can create a connected flyway for birds and a connected habitat for other wildlife,” Belmonte said. “The goal is to create connectivity.” 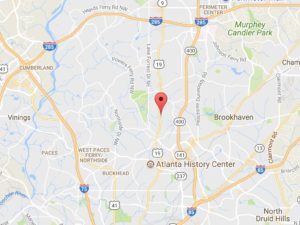 The Blue Heron Nature Preserve, located in Atlanta at 4055 Roswell Road, is open year-round from 6 a.m. to 11 p.m., according to its website. Credit: bhnp.org

Previous Article
Fifteen Projects Awarded at EarthCraft’s Annual Celebration of Excellence
Next Article
In mayor’s races, partisan politics seeps up through the potholes