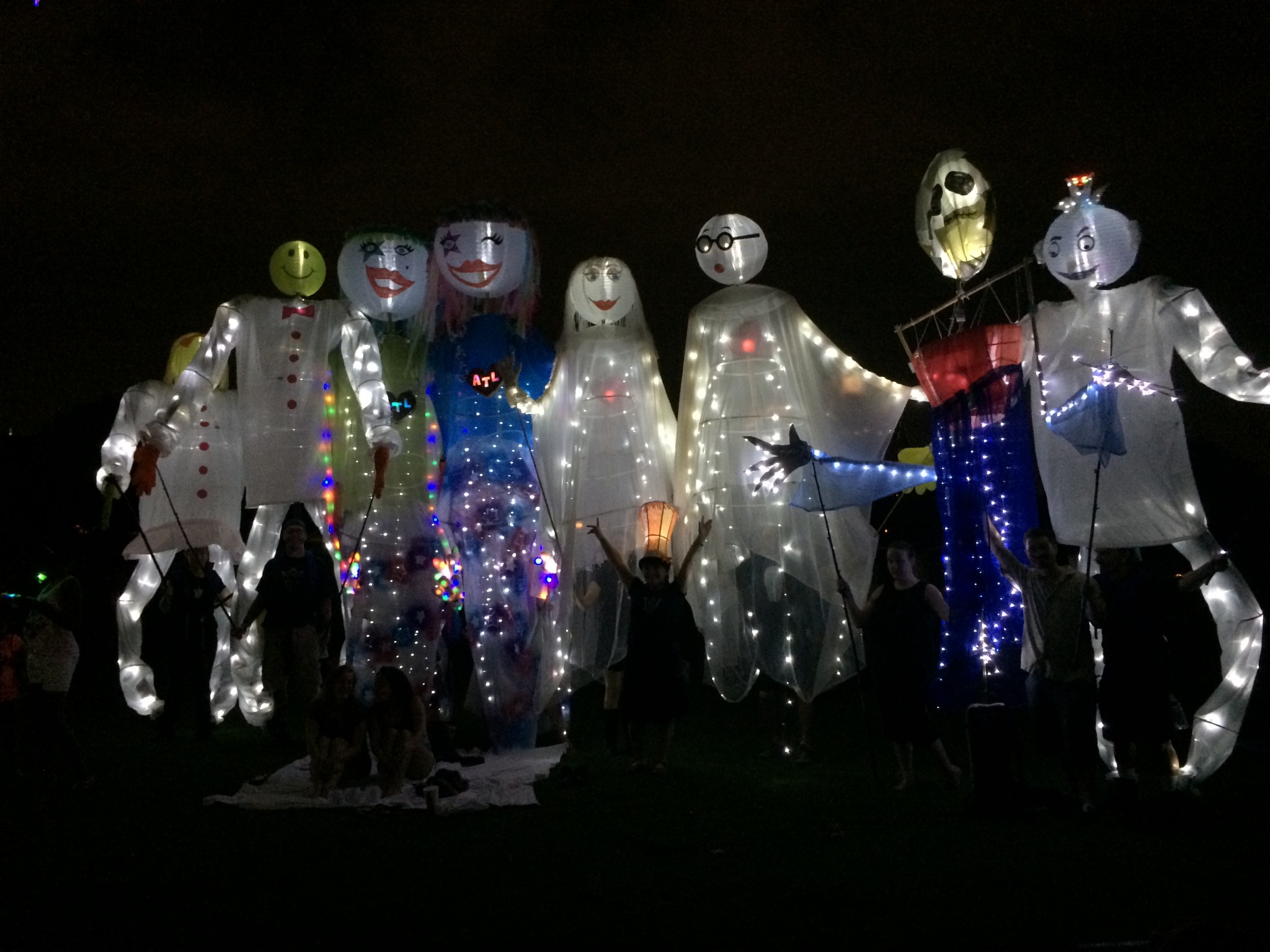 Updated with new info and photo.

The best evidence of the growing popularity of the Atlanta BeltLine takes place as the sun goes down on the first Saturday after Labor Day.

That’s when thousands of people light up the sky and our imagination with the annual Lantern Parade.

The Lantern Parade came on the scene in 2010, but I think it must have been one of Atlanta’s best kept secrets for its first couple of years of life.

(My friend, Matthew Garbett (this week’s guest columnist), sent me an email early Tuesday morning saying that Chantelle Rytter deserves credit for starting the parade and should get “some recognition for this amazing gift she has given the city.”)

Then in 2012, about 1,200 came out to walk from Irwin Street to Piedmont Park along the Eastside Trail of the Atlanta BeltLine – many of them displaying hand-made works of art with an array of lights as part of their creation.

Then came 2013 – and the event exploded. More than 10,000 people showed up to take part in what is quickly becoming one of Atlanta’s greatest summer-to-fall traditions.

A group of friends and I decided we would participate – buying colorful, factory-made lanterns lit with battery-operated lights inside hanging on wooden sticks.

We felt all prepared until we joined the thousands waiting to walk the two-and-a-half miles from Irwin Street to Piedmont Park.

I quickly found myself suffering from an intense feeling of lantern-envy. So many beautiful, creative lanterns that made ours look so plain and boring. Still the parade was lots of fun as we ran into friends and acquaintances from our present and our past.

How else does one describe the magic of the BeltLine – a strip of concrete where we are all stripped from our cars so that we can see each other for who we really are – people interacting with each other on a warm September night.

This year we didn’t even pretend to try to out-do the Joneses on the lantern-making or lantern-buying experience. We decided to just go down the street to eat at the excellent new restaurant by Andy Alibaksh – Tapa Tapa – next to the Midtown Art Cinema to wait for the sun to set. Then we wandered over to the BeltLine to watch the parade.

Paul Morris, CEO of Atlanta BeltLine Inc., told me that early estimates indicate that this year’s turnout was at least 15,000 people with the last participants not arriving at the Piedmont Park finish line until 11:30 p.m. – three hours after the start. 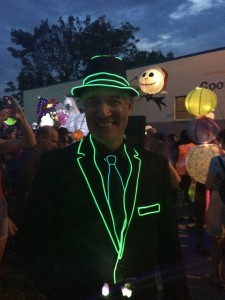 This year, there actually were four drones along the route taking pictures of the crowd so they eventually would have a much more accurate number of how many people were participating in the parade – either walking in it or as spectators.

Paul Morris actually sent me a photo that was taken of him during the parade where he is lit up in a green neon-like detailed suit. Thanks for the photo Paul.

I’m posting a few of my photos below. I tried to take some pictures from the Virginia Avenue bridge overlooking the BeltLine, but they all were fuzzy because I couldn’t hold my camera steady enough to shoot without a flash.

Here are a few other cool links to see how the real photographers or skilled spectators captured the event.

Historic photos and background on the Lantern Parade from the Atlanta BeltLine website…. 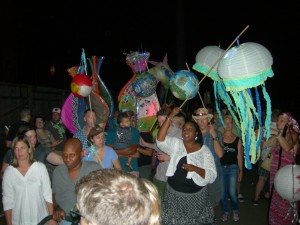 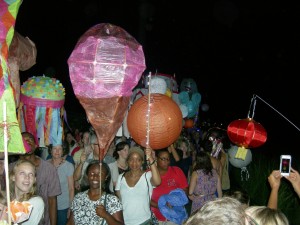 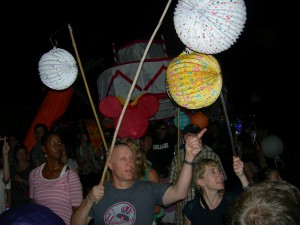 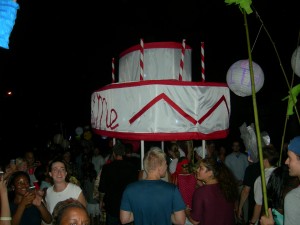 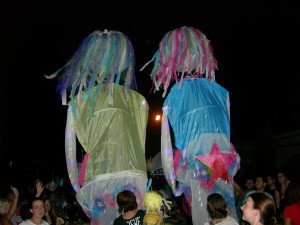 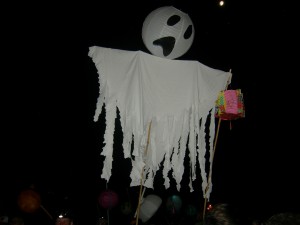 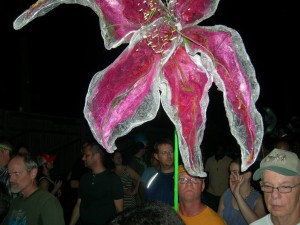 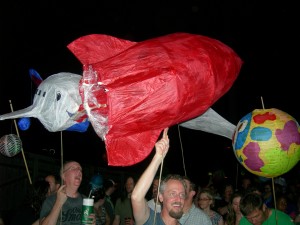 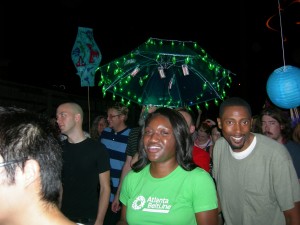 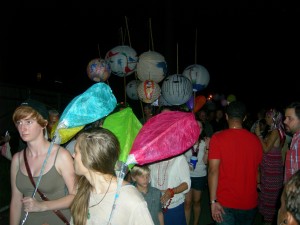 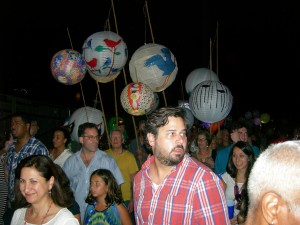 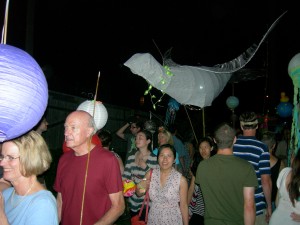 Previous Article
Peter Conlon: Music Midtown is good for Atlanta — and Piedmont Park
Next Article
Lisa Rolf: Widening her Lens with an EMBA