The Atlanta BeltLine is in the final phase of choosing advisors to create plans to implement the BeltLine vision and to win support from state and federal officials.

The BeltLine is seeking two separate teams. One team is to devise a strategic plan that will guide the project’s development over the coming two decades. The other team will devise and execute a government affairs plan that is to include legislative and policy goals at the state and federal levels.

Teams are to be chosen and at work by early July, though consultants who want to be considered still have time to apply. The hiring of consultants to create formal plans for government engagement and project development is a milestone in the tenure of Brian Leary, president and CEO of Atlanta BeltLine, Inc. 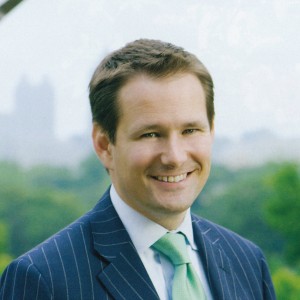 “It is important to make sure the strategic decisions we make now are thoughtful and help us move forward,” said Leary, who took his post in October 2009.

The useful life of this document is nearly over. And this plan never was intended to address the gritty details of how to actually stage and build the trails, transit, parks and affordable workforce housing that comprise the vision of the BeltLine.

These details, this granular view, is what BeltLine officials now want to devise with the help of outside consultants. The plan is to extend at least through 2030, which is the year of expiration for the BeltLine Tax Allocation District, a special tax district covering 6,500 acres along the 22-mile transit loop. Property taxes collected on new development in this district are used to help pay for the creation of the BeltLine.

By this time next year, Leary expects the BeltLine to have a sensible development plan for the next steps in its evolution, and for the steps after that. All with the understanding that the plan will evolve to meet the unknown events in the future. 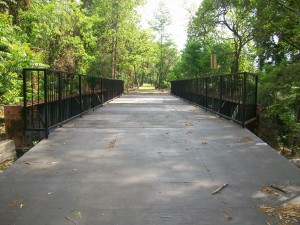 Gaining access to this bridge across Martin Luther King Jr. Drive was an early success story of the Beltline. Photo by David Pendered

“The Atlanta BeltLine is evolutionary, that’s why we’re working now on advancing projects that we didn’t even contemplate a few years ago,” Leary said. “That’s why the strategic plan will be a living document and we will let it be what it needs to be.”

Just as important as a development plan is a government affairs plan to guide efforts to win funding and supportive policy from the state and federal governments.

The project already has won support from local partners including the Atlanta City Council, Atlanta Public Schools, and Fulton County Board of Commissioners.

Leary said the goal is to retain a team that will focus on gaining tangible support for the BeltLine from state and federal governmental entitites. The project is so reliant on future taxpayer funding and policy support that the BeltLine must have advocates who sole purpose is to advance the BeltLine, he said.

“The purpose of governmental affairs services is to make sure the Atlanta BeltLine is at the front of mind and tip of tongue in Washington, and under the Gold Dome, as one of the most compelling projects nationally [in order for it] to compete for investments for transit, parks and economic development,” Leary said.

“Federal and state governments are going to be key partners to move funding forward,” Leary said. “It is vital, as well, that national leaders on key committees and on key agencies appreciate what the comprehensive perspective of the BeltLine means for creating jobs, securing park space, and making sure that all the aspects of the BeltLine are well known and understood.”

The process of hiring the two consulting teams is slated to happen as quickly as some stages of the BeltLine have been completed.

Click here to read the RFP for the Implementation Plan.

Click here to read the RFP for the Government Affairs Plan.

Here are the timelines for retaining the two teams: