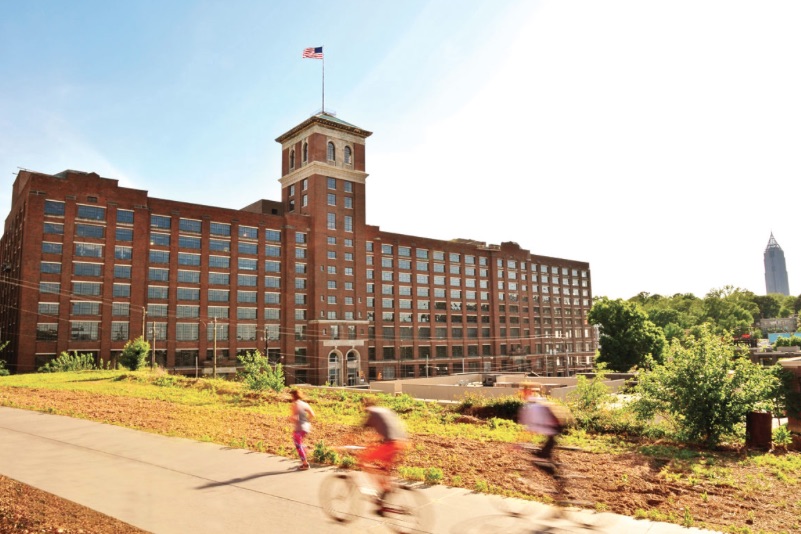 Atlanta BeltLine, Inc. proposes to upgrade the area near Ponce City Market with a new park, the addition or improvement of amenities for bicyclists and pedestrians along Ponce de Leon Avenue, and five new traffic signals along North Avenue. 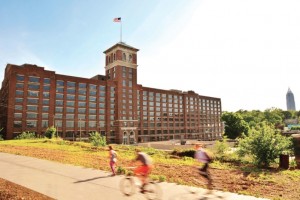 The three groups of projects total $2.4 million. They are part of the $8.8 million the BeltLine proposes to spend on transit and transportation programs. The money is included in the overall budget proposal of $62.1 million.

Invest Atlanta, the city’s development arm that’s chaired by Mayor Kasim Reed, is slated to approve the BeltLine’s budget Thursday. A committee of Invest Atlanta already has given a green light to the budget proposal.

Ponce City Market has become an emblem of the potential for the renewal of Atlanta’s urban core that’s created by completion of the BeltLine’s network of trails. The old Sears, Roebuck & Co. building is adjacent to the Eastside Trail and is being restored by Jamestown Properties into a collection of restaurants, shops, offices, and residences. 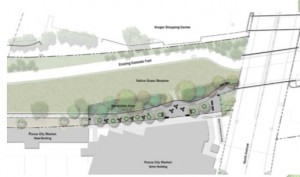 North Avenue Plaza is intended to improve the aesthetics of the BeltLine’s Eastside Trail as it passes Ponce City Market. Credit: Atlanta BeltLine, Inc., via investatlanta.com

The North Avenue Plaza is to be built in a partnership with Jamestown Properties along the BeltLine’s Eastside Trail. It will abut Ponce City Market, between the market and Kroger shopping center.

The BeltLine hosted a community meeting with the contractor on May 21. Construction of the park is to be complete this autumn.

The plaza is to improve the aesthetics of the Eastside Trail as it climbs, from the south, toward the bridge that passes above Ponce de Leon Avenue.

The park is to have a natural grass meadow between the trail and the market’s shed building and boiler building. Immediately adjacent to the buildings, a bio-retention area is to be constructed.

The trail is quite a distance above Ponce City Market. A set of stairs and elevators is planned to provide access between the market to the trail. 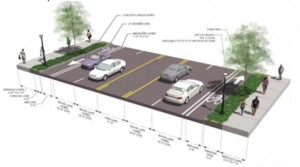 The Complete Streets project along Ponce de Leon Avenue is to be built from Boulevard to Freedom Parkway. This project is being built in partnership with Jamestown Properties and the Georgia Department of Transportation.

The next steps to be taken include acquiring the right of way to provide sidewalks, a buffer zone between the sidewalk and street with furniture to protect walkers from errant vehicles, and bicycle lanes.

This is how the roadway is to be developed:

The signal upgrades along North Avenue are to be complete by June 30, 2016. The signals are along the stretch of roadway from Hunt Street to Freedom Parkway.