The Atlanta BeltLine: A role for us all 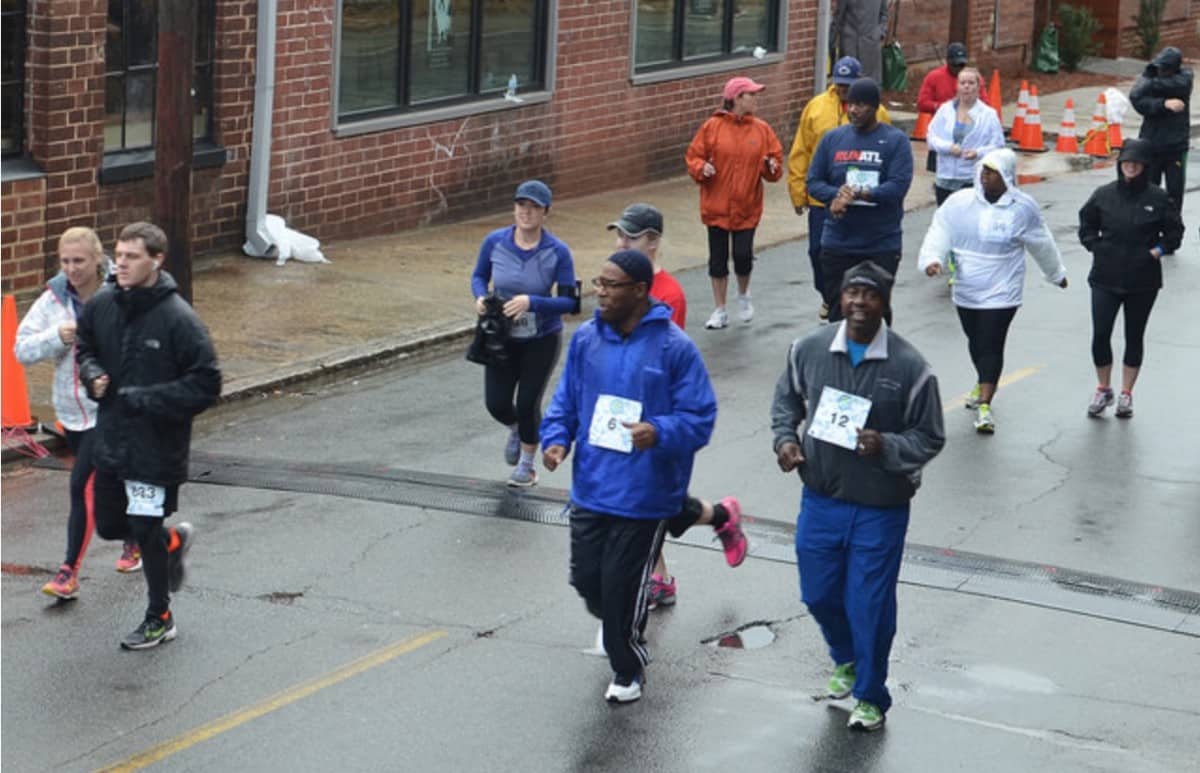 There's a role for a large group of stakeholders to develop the Atlanta BeltLine into an amenity that serves all, as it does during the annual Eastside Trail fun runs that benefit the Atlanta BeltLine Partnership. Credit: beltline.org
Share121
Tweet
Share68
Pin
Pocket
WhatsApp
Buffer
Email
Reddit
189 Shares

By Guest Columnist CHUCK MEADOWS, whose two-year term as executive director of the Atlanta BeltLine Partnership ended in July 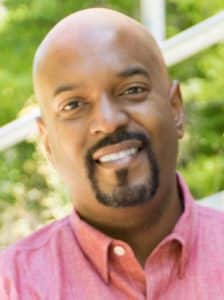 My tenure as executive director of the Atlanta BeltLine Partnership ended last summer. I remain supportive of the project and the positive impacts it can have on our city. Indeed, the Atlanta BeltLine is an initiative that affects the entire region – which means that all of us should not only pay close attention, but also look for ways to become involved.

The challenges of delivering, supporting and managing the impacts of the nation’s most transformative project are not meant for the Atlanta BeltLine Partnership and Atlanta BeltLine, Inc. alone. In fact, successful partnerships are at the heart of the Atlanta BeltLine success story. Organizations like the Trust for Public Land and the PATH Foundation provided early and impactful support, and Trees Atlanta and Park Pride are also actively working with the City of Atlanta to advance the project.

As build-out continues and the impact spreads to a longer list of Atlanta neighborhoods, other partner organizations must find ways to lend guidance, expertise and capacity in lots of other categories. While coordination and communication with both the Atlanta BeltLine Partnership and Atlanta BeltLine, Inc. is a must, they shouldn’t wait for an invitation before cooking up ideas on how they can help. 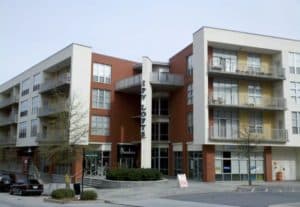 The Inman Park Village Lofts opened in 2006 and units range in price from $170,000 to $400,000, according to atlantacityhomes.com. Credit: aboveatlanta.com

There is a long list of civic groups and community-minded organizations that have valuable assets to lend to an initiative of this magnitude, and that support is to the benefit of the entire region.

This is especially true in the area of inclusive BeltLine housing.

This target was based on projections as to what the Affordable Housing Trust Fund could support. That Trust Fund, however, is fueled by proceeds from a tax allocation district that still performs below pre-Great Recession estimates, meaning there simply is not as much revenue to support affordable housing as originally anticipated. 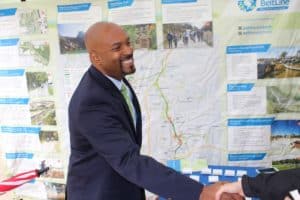 Chuck Meadows, when he was CEO of the BeltLine Partnership (Photo: Courtesy of Chuck Meadows)

We must therefore be even more deliberate, innovative and creative in responding to this urgent problem.

Further, there is a consensus among advocates and experts that the need for affordable – or at least moderately priced – housing in the Atlanta BeltLine corridor far exceeds 5,600 units. What’s needed is a multi-lateral, collective effort to set a goal for inclusive housing units in the Atlanta BeltLine planning area, with general guidance on how those units should be spread throughout the corridor.

Solving this problem will take a broad coalition of partners and stakeholders. As that coalition is built, it will be important to clearly establish roles, responsibilities and accountability to a list of partner organizations. Success will depend on the collaboration of a capable, well-rounded and well-resourced group willing to work cooperatively toward a set of common, inclusive goals.

Note to readers: In addition to his former position with the Atlanta BeltLine Partnership, Chuck Meadows is an Atlanta native, a graduate of Morehouse College and Harvard University, and the current president of Jim Adams, LLC, an urban agri-business start-up. 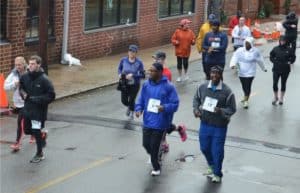