Atlanta can meet its destiny as part of the Peace Millennium

By Guest Columnist JOHN NAUGLE, an advocate for declaring Atlanta — the City of Peace.

As we finish celebrating 01/01/11, we are beginning the second decade of the thousand-year period of human history called: The Peace Millennium (Years 2000-3000).

Atlanta, how will you grow in this special year and new decade? In our organization’s opinion, Atlanta is the best positioned city on Earth to excel and become a beacon of peace to the entire world. This dream, born in the birthplace of Dr. Martin Luther King, Jr. and “I Have A Dream”, can soon enough experience reality.

As civic, government and business leaders unite to build the global peace legacy of Dr. King’s birth city it will be transformed. The City of Atlanta will fulfill its great possibility and true destiny to become a global capital of peace. It will experience a phenomenal windfall of economic and societal reward.

The United Nations International Decade for a Culture of Peace and Nonviolence for the Children of the World (2001-2010) has now ended. During the first decade of the Peace Millennium this initiative defined and galvanized a global movement for the culture of peace. It was supported by more than a thousand organizations worldwide, including: Atlanta: City of Peace Inc.

UN Ambassador, A.K. Chowdhury, stated it best: “A culture of peace will provide the foundation for a stable… and prosperous world for all. Let us all join together in dedicating ourselves to strengthening the Global Movement for the Culture of Peace!”

There are two beloved brothers within our global family who most facilitated this new era of, and commitment to peace cultivation. Mohandas Gandhi and Martin Luther King Jr. are two of the most globally accomplished, respected and celebrated peacemakers in human history. Millions of people and thousands of organizations worldwide labor, directly and indirectly, to honor their great peace legacies. 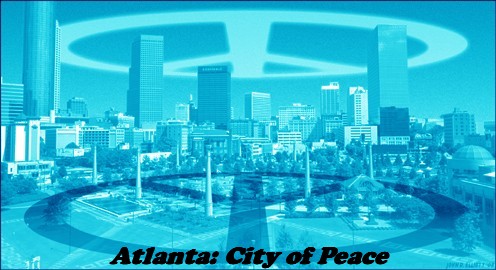 Dr. King is known globally as the most productive peace movement protégé of Gandhi. Many millions worldwide refer to Gandhi as Father of India, the World’s Biggest Democracy and “Man of the Millennium.” Between the years 1000-2000 A.D., Gandhi excelled above everyone in serving and educating our global family.

Too many leaders search for ‘the silver bullet’ to kill our economic woes. The good news for Atlanta? Our city’s great future and greatest asset sits openly on ‘a silver platter’ awaiting our attention and development. The Gandhi-King Global Peace Connection is the cornerstone of our city’s global peace legacy.

Atlanta can be formalized as a global capital of peace through “mining” its greatest asset and developing major peace projects, such as the Global Peace Museum. We invite everyone’s participation in its creation. Great news! The City of College Park has identified four to six prime acres for this new international tourist destination and it adjoins the world’s busiest airport, with nearly 100 million annual passengers. This ideal site for the museum is also connected, via the new ATL Sky-Train, to the Georgia International Convention Center. 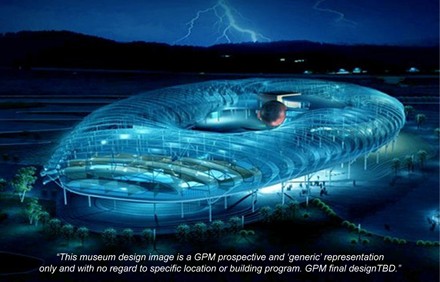 Our ultimate Peace Millennium dream is to secure, as cornerstone exhibit, NASA’s retired Space Shuttle ATLANTIS. We invite all to go to our ATLANTIS To Atlanta Campaign site and vote “Yes” in support. Establishing this new museum next to the world’s busiest airport, and with ATLANTIS as primary exhibit, will be a powerful teaching tool for many generations into the future.

Dr. King proclaimed the following during his Nobel Peace Prize Lecture on December 11, 1964. His statement provides every reason of why this US National Treasure, ATLANTIS, needs to be retired in Atlanta (as a GREAT reminder and “call” for future generations)…

The world’s busiest airport has greatly assisted in Atlanta’s transformation and now it is positioned to launch forward the international peace-through-tourism industry. Having ATLANTIS inside Atlanta’s Global Peace Museum will also significantly nurture the future ideal of Atlanta’s airport becoming: “The World’s 1st Commercial Spaceport for Peace!”

Atlanta’s destiny in the Peace Millennium can be firmly established now. As civic, government and business leaders courageously step forward to DREAM and ACT then Dr. King’s birthplace, through its airport, can eventually lay claim to Space for Peace, and do so on behalf of our entire Global Family.

WE HAVE A DREAM!