Atlanta City Council on Monday approved a $661 million budget and personnel plan for the upcoming year, but it left many on both sides of the dais unhappy with pay for public safety officers.

The city’s spending plan includes raises of 3.1 percent for recruits and to sworn officers in the police and fire departments. 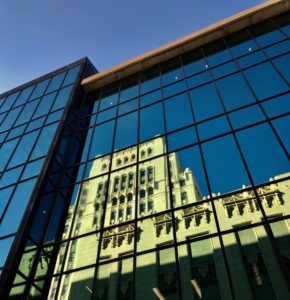 “This 3 percent isn’t meant to fully fix what is broken,” said Councilman Dustin Hillis, after he introduced the raise.

That is to say,  the city has a yearslong history of losing police officers to forces that offer better pay — especially longtime officers who missed raises during the tight budget years of the recession. And the “overtime” issue was documented in a report by city auditors last month: overtime pay is concentrated in the police department.

The raises will be funded from vacant positions in the fire and police departments.

But Ken Allen, the national representative for the International Brotherhood of Police Officers, said the raise amounts to putting a Band-Aid on cancer.

“This is not going to be anything that has any major impact for us, on the problems that we’re seeing and the vacancies that are within the Atlanta Police Department,” said Allen. “We have hundreds of open positions right now and it’s only going to grow.”

Councilman Howard Shook said he didn’t expect police to form a choir to sing Council’s praises, but he did say he and his colleagues are earnest about spending the next year working on a real fix.

Mayor Keisha Lance Bottoms also said during the Council meeting that when it comes to public safety officers, “We recognize that we have a tremendous amount of work to be done in that area.”

Council also approved a dozen or so amendments to the mayor’s draft spending plan for the year that begins in July.

The biggest single add was $3 million for cyber security improvements.

Council also added an extra $1 million for the Office of Cultural Affairs, which encourages and supports arts in the city.

Public works is set for another $500,000 to focus on filling potholes. And Council boosted spending by $400,000 on each of three things: animal control, the city’s pre-arrest diversion program and the public defender.

And there’s $258,000 in more spending for the city’s ethics office — which works to bring the city into compliance with its ethics code

Parks and recreation spending will see the biggest percentage hike, by department, going up to about $39 million. It’s about $36 million this year, but was about $44.5 million the year before.

The budget might have been a little bit higher, had the city decided to close the Eastside Tax Allocation District. It’s a mechanism that sees certain inducements given to developers, which are paid for later through subsequent rises in taxable property value. The mayor contemplated closing it, but its supporters pushed back, saying the area’s development is not done.

Previous Article
Future of mobility in metro Atlanta to be designed in Chamblee, Gwinnett County
Next Article
Waiting for Day Zero, and the Supreme Court’s water wars decision