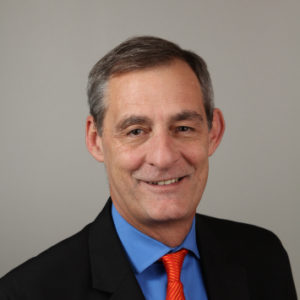 A: Traffic congestion. Well I represent Buckhead. Kind of, “enough said.” I don’t know if you’re fated to have to go through there. Let me put it this way, [Councilwoman] Yolanda Adrean and I, who share Buckhead with Peachtree Road being the boundary, commissioned a traffic study that showed that our p.m. rush hour starts at 1 and goes until 8. Well that’s now becoming a threat literally to our health, safety and welfare.

A: What can you as a Council member do about that?

Q: We’ve been supportive of policies that mix uses so that you can leave your office building, walk across the street to grab lunch, you don’t have to get in a car to go somewhere and have lunch. Those kinds of things. We’ve supported policies that have drafted all of these overlays so that we have a built environment that promotes pedestrianism over car stuff. …There’s money from the Renew Atlanta bonds, the TSPLOST [transportation sales tax], that is going to be devoted to improving mass transit options as well as repairing as well as repairing as well as re-engineering some intersections that can be made to function a whole lot better.

And in addition to that I’m going to be putting forward some policy proposals in the next couple of weeks that I can’t talk about now, that are going to try to get at some of this.

[NOTE: since this interview was conducted on Sept. 5, Shook and Adrean introduced legislation to cut the number of parking spaces that developers can build in projects in Buckhead’s densest areas, mainly along the Peachtree Road corridor.]

A: We’re going to have a recession … [That’s difficult for a Council because] you’ll watch people lose their jobs, people are going to be yelling and pleading with you not to let that happen. You’re going to preside over a diminishment of city services rather than the expansion of city services that you’re promising everybody right now. There’s going to be a lot less money to spend solving peoples’ problems. And that is hard. We’re not going to go another eight years without one.

Q: Over the last four years, what’s something that this Council has gotten really right?

A: There’s no question about it, every member of this Council should take pride in ourselves as having been disciplined enough to take the fiscally responsible steps we took to put ourselves on a really enviable financial footing.

The pension reform may not have accomplished quite as much as some people would like people to believe it did. But we’re the only ones, I’m going to keep saying this until someone proves me wrong, I think we’re the only city in America that did anything without … I’m gonna say Wisconsin tried it, the governor had to send out the state police to try to find the Democrat senators who left … it was just awful, recall. We [in Atlanta,] it was messy but it was collaborative. So, the restoration of our financial footing, it’s boring but it’s by far the best thing we did.

Q: What’s something this Council has either gotten wrong or failed to do?

A: The problem this Council has, that the last Council had, that the next Council’s also going to have is we’re the legislative branch in a system that is formally chartered to give the mayor so many advantages in terms of power and influence. And so we’re always kind of working in a confined space. We’re always going to be vulnerable to being sort of picked off. A mayor is going to have 95, 100 city employees working for him or her. The only two people who work for me are the two people who answer phones in my office. So, unless or until the charter is changed, Council’s never going to have the pulpit or the bullhorn or the sticks or the carrots, pick your analogy, that a mayor’s going to have. I think that’s a, that can be frustrating.

Q: Bottom line, overall, what’s your pitch to voters, why should people vote for you?

A: I’m a district guy. I can’t ever remember casting a vote that was outside of mainstream Buckhead thought. I mean, I can tell you there’s never been a particular backlash around any one vote. … See, I spent 15 years, Atlanta’s unique since we have the Neighborhood Planning Unit structure: I did all that for 15 years. Then when I ran for the open seat that I won, it was against another neighborhood person, same kind of local background. And so I think that people know that I’m not in it to be an elected official. I’m a red meat guy when it comes to property taxes, I’ve never supported nor do I think would I ever support an increase. That’s right in the Buckhead wheelhouse. I think people understand and appreciate my efforts that have doubled our park space [in the district] which is a big crusade I took up about seven years ago. We’ve added more acres in terms of parks, trails and green spaces than since Buckhead came into the city in 1952. That’s a kind of feel-good thing that we all appreciate and kind of want to keep going. When I have to, I let my frustration show with the fact that we do pay a lot of property taxes. Sometimes it’s hard to make the case that we get a decent return on our investment.