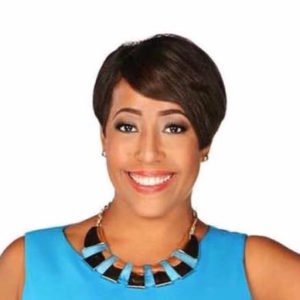 Moriama “Mo” Ivory is a lawyer, activist and media personality making her first run for office in a bid for the Atlanta City Council District 1 seat.

A: Representation for all of the people that live in the district and not for just the growth of specific neighborhoods … I think for many years there’s been an emphasis in representation on Grant Park and Ormewood Park, the neighborhoods that have been seeing a lot of growth and expansion of residential housing. And on the south side of the district not so much.

And so we are such a charmingly geographically placed location that I think our neighborhoods that are only five and 10 minutes from the most prosperous areas deserve to have that same kind of attention and deserve to have their needs met in the same way.

Q: What as a council member would you do to rectify this?

A: Just actually represent everybody and spend time in the southern part of the district and talk to the people about their unique needs. I think that there are different needs of obviously a single mother who lives in an apartment complex versus somebody who is trying add a wing onto their already $500,000 home. So I just think that those kinds of concerns need to be heard and addressed in a proactive manner rather than a reactionary manner.

Many of the problems that we have in the district, whether it’s random gunfire or actually gunfire that’s targeted at somebody or if it’s affordable housing, it’s mostly our leadership reacting to those problems rather than trying to find proactive solutions.

Q: Tell people a little something about yourself — what’s an accomplishment you’re proud of?  It could be professional or personal.

A: That there’s a quote of mine in the Smithsonian museum of African-American history in DC. I’m most proud of that because that’s not something that I campaigned for, lobbied for, wasn’t like ‘Submit your quotes and we’ll choose one.’ I just happened to have been interviewed during the Bill Cosby allegations, the height of that, and I spoke about something very near and dear to me, which is my alma mater Spelman College and that quote ended up being chosen in an HBCU exhibit on the 3rd floor of the museum. I’m just most proud that my words will live on far past my life and I feel like that’s very special.

[The quote is: Spelman College “taught me the meaning of womanhood and my place as a black woman in this world. I graduated with a degree in confidence, self-esteem, perseverance and determination.”]

Q: What is an uncomfortable truth that the next council is going to have to face?

A: Affordable housing and racial inequity. It’s economic and racial inequity, which if we dont begin to have real conversations about it and deal with it, instead of sort of hiding behind all the jewels of our city, we’re just really going to have a bigger crisis than I think we already have.

Our city has seen so much growth and forgotten about the least of us in the midst of all of the growth. I think you can see it by the conditions of many of the neighborhoods around some of our biggest jewels, the Dome, now the Mercedes-Benz stadium, Georgia State’s new stadium that once was Turner Field. There are a lot of examples of it. And though there are deals in place and growth is coming, a lot of people are not a part of that growth and feel very excluded from it.

So if we don’t begin to talk about the economic and racial inequities in our city, even our own workers that work for the city are, already a lot of them are unable to live in the city. But they will be completely excluded from the high price nature of what’s happening in our city. We’ve got to deal with that affordable housing issue around the BeltLine.

[googlemaps https://www.google.com/maps/d/embed?mid=14_yJ2nA5CX_ThBCzY3fgnhX0dPk&w=300&h=480 align=”right”]Q: What is something that the outgoing council has gotten right?

A: Oh I think definitely on the health … the fiscal responsibility around the city. I definitely think that Mayor Reed has done a great job of leaving the city very fiscally healthy and I think that that’s a credit to both the Council and to the mayor to be able to work together to resolve the retirement, the pension fund problems, to create certain investments and clean up different deals that generated a lot of money in the city. The city has a surplus that they’ve never seen before. I think that’s one of the very strong things that’s come out of the last eight years, and also the City Council working together to get the city in a very good fiscal position.

Q: What’s something that Council has gotten wrong or has failed to do?

A: Keep its promise relating to the BeltLine and affordable housing I think is one of the No. 1 things. I think towards the end they were able to pass the TSPLOST [city of Atlanta transportation sales tax] which was good but it was a failure at first [in a regional tax referendum in 2012.] So I think that reassessing the region’s transportation problems and figuring out a way that they could sell that to the voters and get that passed, I think was an accomplishment after a failure. So i think they didn’t get it right at first but they came back and got it right.

But i think we have a crisis in affordable housing, I think that has been a failure on City Council’s part.

Q: Overall bottom line, why should people vote for you?

A: It’s time for some new leadership and fresh ideas in this district. This district has been run by two families, the McCartys and the Smiths for the past 40 years. And it’s just time for some proactive leadership that tackles the problems from a policy point of view and a true community advocacy model and I don’t think that we’ve had that. We’ve had a leader that’s just been reacting to things that have happened and done a great job of servicing a certain segment of this community, but certainly not representing everybody. So I think for me, it’s new leadership that’s inclusive of everybody that lives in this district.