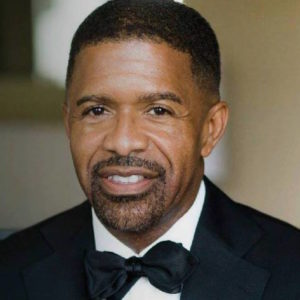 Some responses have been condensed or lightly edited for brevity and clarity.

Atlanta City Council would be William Harrison’s first elected office. He’s a member and former chair of the Atlanta Citizen Review Board, which investigates allegations of police misconduct.

Q: What’s your No. 1 concern for your district specifically (as opposed to the city as a whole?)

Q: So what could you as a Council member do about that?

A: I think there are a number of things to do when you look at some of the economic development tools … when these particular companies or businesses are attracted to the west side, try to implement some sort of 10 percent or 15 percent or five percent economic development for the … more southern fringes of the district as well. … Not so much what they would call a set-aside, but just to promote the entire district as well.

Q: What is an uncomfortable truth the next Council will need to face?

A: An uncomfortable truth would have to be our struggle with affordable housing. It will take a collective, collaborative effort to bring that about. That’s why it’s been so difficult up to this point. I think it has to be a main focus, to try to bring housing into the city that will be affordable for citizens that are not as economically privileged as Atlanta has seen.

You have to make a concerted effort to try and do that. Which is why you had the resignations from the BeltLine board [of two members over concerns that the BeltLine is not paying enough attention to equity and affordability.] There are some things you can do, and [Councilman] Andre Dickens has a pretty good plan. So there are things you can actually implement that can achieve that. But that would be an uncomfortable truth that has to be dealt with.[iframe width=”400″ height=”300″ scrolling=”no” align=”right” frameborder=”no” src=”https://fusiontables.google.com/embedviz?q=select+col10+from+1uDWKbm8wSQ8wT1sXrOvQU2RegYhP3g6mgMwmh5uo&viz=MAP&h=false&lat=33.79476643129319&lng=-84.46131933593749&t=1&z=12&l=col10&y=2&tmplt=2&hml=KML”]

Q: Looking at Council over the last four to eight years, what is something that this Council has gotten right?

A: I think they’ve gotten a lot right. I’ve been in Atlanta for a long time, I’m a fifth-generation Georgian from LaGrange. I’ve been back and forth in Atlanta since 1974. They’ve got a lot right. It has grown. The economic development, the money that we now have to basically accomplish our goals as far as Council is concerned. We’ve gone a long way in making the city attractive; we’re on the verge of possibly attracting Amazon to come to the city. … There’s a lot that we have done over the years to basically move this city forward. The city of Atlanta has become a favorite of a lot of people throughout the country. The way the airport’s been handled, the growth of the airport, the growth of our city. There’s a lot to be happy about … people should have a great outlook about where this city is heading.

Q: Again over the last four to eight years, what’s something this Council has either gotten wrong or failed to do?

A: For me personally, I think it’s not so much public safety as a whole. … What you hear most often with regards to these shootings of unarmed people by police that have been going on across the country — I would say ‘people of color,’ except what happened at Georgia Tech … [Note, Georgia Tech is patrolled by its own police force which is not a part of the Atlanta police.]

What this Council has gotten wrong is: The Atlanta Police Department has actually done a great job to prevent that by establishing committees, one of which I served on, the APD’s Community Partners Group [which brings together police and civilians to meet each other] and they’ve done a great job internally with trying to prevent that.

What this Council has gotten wrong is that they don’t promote that.

When you ask mayoral candidates who are also City Council people questions about public safety, they have no idea that these particular committees exist. What they’ve gotten wrong is [failure to understand] that the relationship between the Atlanta Citizen Review Board and the police department has been instrumental in promoting a better-informed officer, a better-trained officer; as well as citizens who serve in these oversight positions, they are well-trained.

I remember as chair of the ACRB, whenever we had an issue that we weren’t completely clear about, we could go to the police academy and the academy would help us recreate a particular scene or a particular shooting which allowed us to come to a better decision.

So what Council has gotten wrong, to me personally, is that aspect. I sit here and I listen to some of these candidates and they don’t have a clue …

A: My pitch to voters is that I’ve got a lot of experience. No. 1, I love Atlanta. That love of Atlanta trickles down to the district I live in. That’s been apparent by all the things that I’ve done, whether it be the citizens’ review board; I sit on the FBI Citizens’ Academy board, I worked five years in the public defender’s office. I have an extensive amount of public safety background with regards to the district itself, I know the district well, I know what the problems are, I have a vision for the future. My opponents, they just don’t have that … I just have more experience than any of my opponents and I intend to do a great job. And I intend to be accountable.