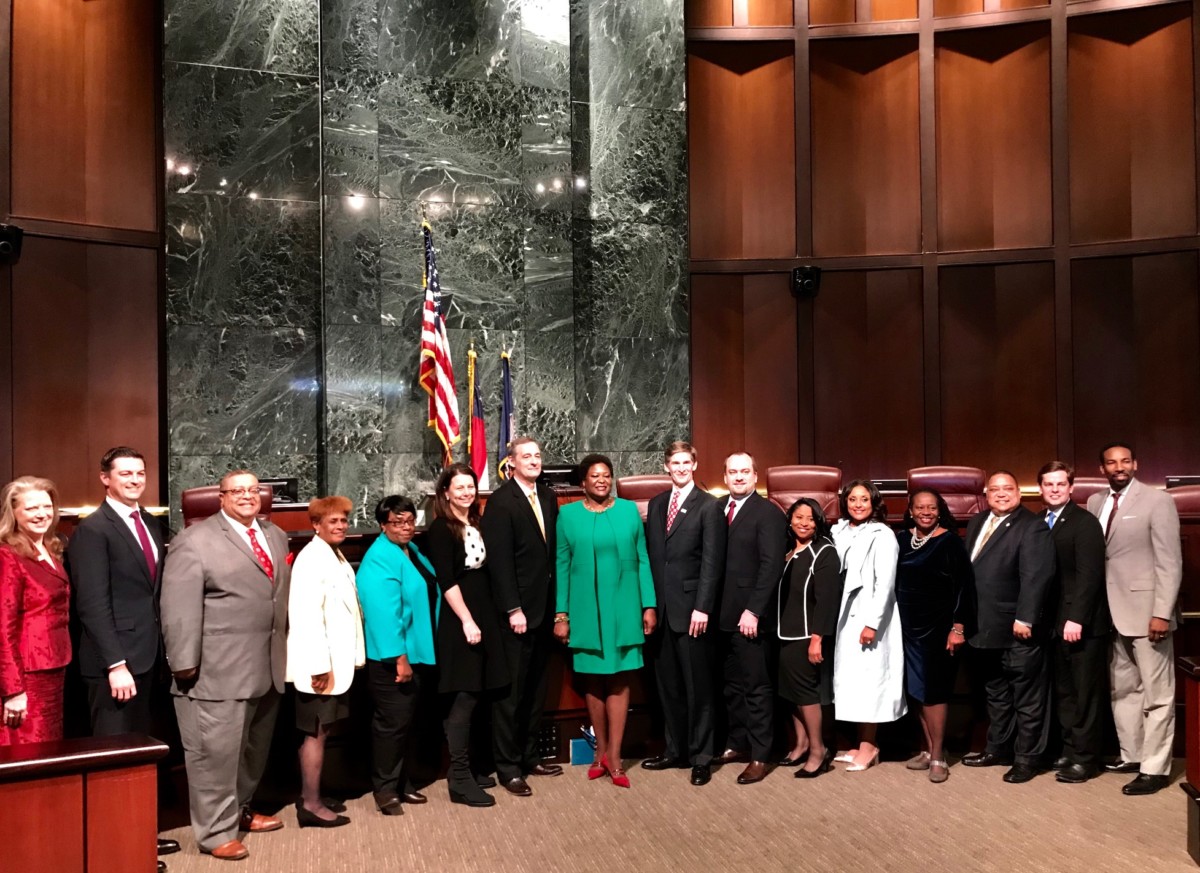 Although it is still early in her administration, Atlanta Mayor Keisha Lance Bottoms is emerging as a far different kind of executive than her predecessor – Atlanta Mayor Kasim Reed.

The most notable change is attitude. Bottoms is not the bully that Reed was.

Keisha Lance Bottoms thanks her supporters on election night.Dec. 5 as then Mayor Kasim Reed looks over her shoulder (Photo by Maria Saporta)

The ongoing debate circling around whether to approve tax incentives for CIM’s development in the Gulch in downtown Atlanta is the best recent example.

If it had been Reed, he would have appeared before City Council on a Monday morning and insisted that he needed to have immediate approval from that body at their afternoon meeting.

Reed had an uncanny hold over much of the Atlanta City Council – many of whom were scared to do anything that would put them on the wrong side of the mayor. The wrath of Reed was real, and he used that power to make sure he could pass almost anything he wanted with limited or no public debate or discourse.

And several times he insisted that City Council bypass its normal committee process to approve mega-deals in a matter of hours rather than weeks or months.

About the only City Councilwoman who regularly challenged Reed was Felicia Moore, who continually advocated for legislation to go through the normal committee process and with a full public airing of the issues. It was not uncommon for Moore to be the sole councilmember to vote against a Reed-backed initiative.

Today, the dynamics have shifted at Atlanta’s City Hall. It has gone from a strong mayor with a weak council to a low-key mayor with a much more independent Atlanta City Council. 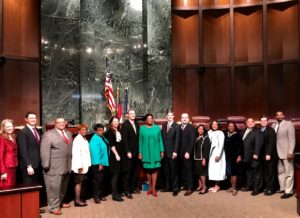 Notably, Moore, the former outsider, is now president of the Atlanta City Council. In that role, she can make sure that due process is followed on major legislation.

Her power coincides with a group of new councilmembers, who are comfortable challenging positions that come from the mayor’s office. The new councilmembers are Matt Westmoreland, Amir Farokhi, Jennifer Ide, J.P. Matzigkeit, Dustin Hills, Andrea Boone and Marci Collier Overstreet. At the same time, several of the veteran councilmembers now are more willing to ask questions – not swallowing the administration’s edicts – without weighing the pros and cons.

This is definitely a new day for an Atlanta City Council that is flexing its legislative muscle – a power that is long overdue.

In the 40 years that I’ve been following City of Atlanta politics, I don’t remember a Council that has been this independent. Long before Reed, Atlanta’s mayors – from Maynard Jackson, Andrew Young, Bill Campbell to Shirley Franklin – knew how to count at least eight City Council votes and get them vote for their legislation. 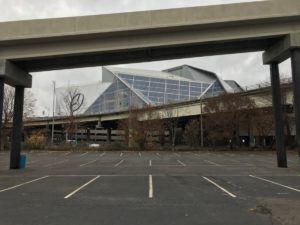 So Bottoms, who is much more soft-spoken than Reed, is still finding her sea-legs as mayor. She doesn’t have an arm-twisting administrative staff that can push councilmembers to vote her way.

Bottoms, either by style or necessity, also is opening up the process to more public input. She has scheduled a public hearing on Wednesday to answer residents’ questions about the Gulch deal.

For those who miss Reed’s heavy-hitting mayoral leadership, get over it.

City Hall is the people’s house, and it is about time we go back to operating the city’s business in a more public and deliberative way.

So many of Reed’s deals raised unanswered questions – including suspicion of who was benefitting from those transactions. But sadly, City Council did not ask those questions. And now we are seeing the fall-out of the former absentee council leadership with a federal corruption investigation focused on the Reed administration.

It is premature to know whether Bottoms will be tainted in that investigation. We do know that Bottoms was Reed’s closest ally on City Council and that he strongly backed her mayoral candidacy. But since she’s been in office, Bottoms has distanced herself from Reed.

Now that we have a more engaged Atlanta City Council and greater public participation in the process, we all have an obligation to become informed about the issues involved in the Gulch deal and all of the city’s business dealings. 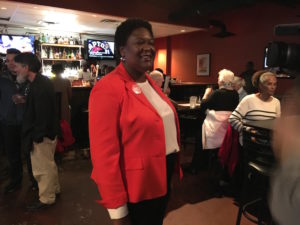 The democratic process only works when people have an open mind and are educated about the merits of a deal. I call that civic literacy. If we are going to have a more active voice in the city’s business, we owe it to ourselves to know what’s at play.

Ideally, the end result will be an improved Gulch deal. Smart councilmembers should stand up for what they would like to see come out of the deal and make their vote contingent on CIM making adjustments to their project.

For starters, it would be refreshing for City Council to insist that CIM preserve the ability to have a multimodal station on the site of the Gulch and minimize the amount of parking that it is planning in its development.

Other sweeteners also could include more housing affordability, more public green spaces and a greater sensitivity to the historical urban fabric that the area has been missing for decades.

The Gulch deal provides a great opportunity for Atlanta to create a balance of power between the public, City Council and the executive branch.

Doing nothing should not be an option. I don’t think anyone wants the Gulch to remain as it is today.

So it is up to all of us to come up with publicly-infused Gulch plan – one that will benefit both CIM and the City of Atlanta. 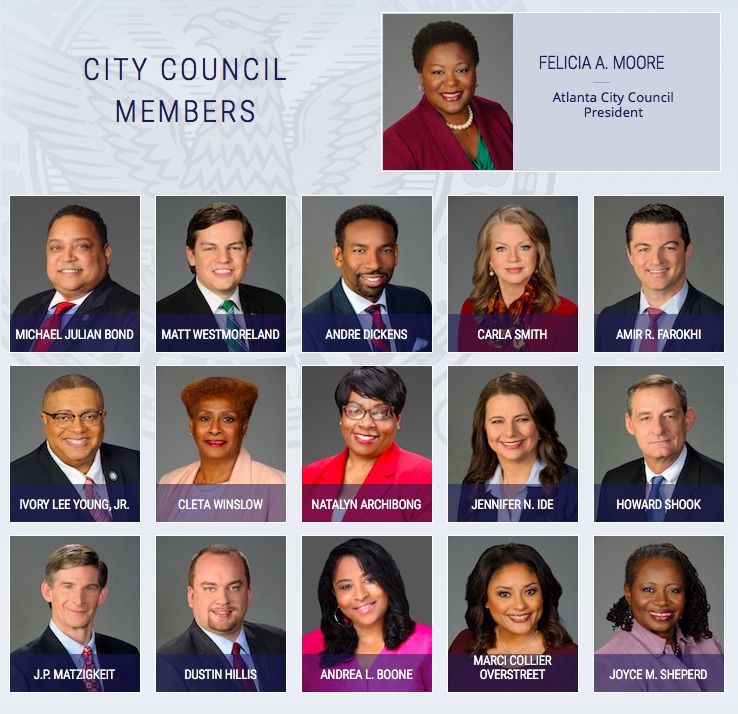 Members of the 2018 Atlanta City Council (Special: City of Atlanta)

Previous Article
Does arts journalism matter in Atlanta?
Next Article
The solution was to go up