Top officials from the city of Atlanta traveled to Griffin Thursday and came back with a better sense of how to move forward with a proposal to increase tax rates on blighted properties in hopes of eradicating such public nuisances. 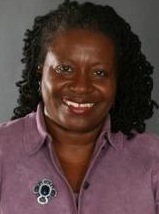 “We’ll continue brainstorming and looking at what we can do,” Atlanta Councilmember Joyce Sheperd said late Thursday. “It’s more complicated than we’d thought.”

Cities across Georgia are looking for ways to get a handle on blighted properties, and Griffin’s ordinances are models to follow, according to the Georgia Municipal Association.

Griffin’s laws, passed in 2009, are based on a provision of Georgia’s Constitution that permits governments to raise taxes on blighted properties because of the higher costs they create to provide government services in their surrounding neighborhood.

At the least, blighted properties can erode values of nearby homes. Many times, derelict properties are magnets for the homeless, who may disrupt a neighborhood or inadvertently cause problems such as fires. Often, abandoned properties are taken over by criminals who need hiding places, or worse.

Sheperd has introduced legislation that says it would, “Impose a higher tax rate for blighted, vacant properties.” The paper is pending before the council’s Community Development and Human Resources Committee, which Sheperd chairs.

According to the legislation, Atlanta is:

Click here to read a copy of the working proposal.

The idea of raising the tax rates on blighted properties helps address the problem in two novel ways, Sheperd said.

First, property owners are more likely to maintain their properties if they face higher taxes for allowing the property to become derelict. Second, the extra money would help the city pay for the increased costs associated with abandoned properties.

“We found out that Griffin hasn’t collected a lot of money, but it has forced developers to take better care of their properties,” Sheperd said. “That’s what’s attractive about it.”

In a related effort to get a handle on nuisance properties, the city imposed this year a requirement that landowners register vacant residential properties. The new requirement took effect Feb. 1 and all vacant homes that weren’t registered by April 1 were in violation of the city’s housing code.

In practice, the code requires that owners of vacant, residential buildings register them with the city once they have been vacant for 30 days. The registration fee is $100 per dwelling. The code affects a house, duplex, and an apartment building, but not a condominium.

“We’ve had 1,200 register, and it’s proven to be a great way [to encourage] cleaning up blighted properties,” Sheperd said.

Next month, Sheperd expects to receive a report that will contain an analysis of the city’s housing stock, including the number and location of vacant properties.

“That report will help us tremendously in determining where to focus our attention,” Sheperd said.