The Atlanta City Council is slated to vote Tuesday on a proposal to extend the legal drinking hours at bars to 4 a.m. on Mondays through Fridays, and Saturdays until 2:55 a.m.

The council has been advised by its Public Safety Committee to reject the measure.

However, it’s a truism that the fate of any legislation is uncertain once it’s put before a legislative body. Especially a proposal that comes as a surprise after a holiday weekend – as is the case with this one. 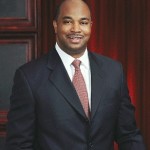 Hall’s idea has languished for almost a year. That is, until last week in the council’s Public Safety Committee. 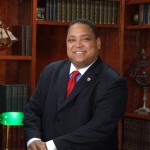 Bond wants to make it easier for the city to close businesses that sell alcohol in violation of city codes. Bond’s idea drew immediate fire from groups that feared Bond intended to use his proposal as a ruse to extend the legal pouring hours.

Bond regained the ground by saying he does not want the issue of longer hours to be considered by the group that he wants the council to create.

Instead, Bond said he intends for a technical advisory group to tighten city codes in order to crack down on the shops that don’t follow city code – those that sell booze to minors, don’t maintain their property, and don’t enforce rules about not drinking beer in the parking lot.

Hall’s proposal reportedly was taken up abruptly last week by the Public Safety Committee, which acted so quickly that neither Hall nor a representative was able to get to the committee meeting before its vote. Councilmembers customarily are afforded an opportunity to present their proposal. Minutes of the meeting were not available Monday on the city’s website.

The agenda for Tuesday’s City Council meeting shows the Public Safety Committee voted to send Hall’s proposal to the council with the recommendation that the council reject it.

Amidst this development on pouring hours, the broader issue of Sunday alcohol sales is still unfolding in Atlanta and the rest of Fulton County.

The vote on the school tax is proceeding against the expressed wishes of Atlanta Mayor Kasim Reed, who has said it could reduce support for the penny sales tax for transportation improvements. Reed does support the transportation sales tax.

Previous Article
Roundtable remember: there are few options to fund transit
Next Article
Major music announcement Wednesday — could it be a return of Music Midtown?