The Community Foundation for Greater Atlanta has reached a new milestone – it now has $1.1 billion assets, according to its unaudited 2017 Annual Report released on Tuesday.

The annual report also states that the Foundation awarded $100 million in grants to 3,100 nonprofit organization – locally, nationally and internationally. More than 70 percent of those grants were made to nonprofits in the 23-county metro Atlanta region, the Foundation’s area of expertise. 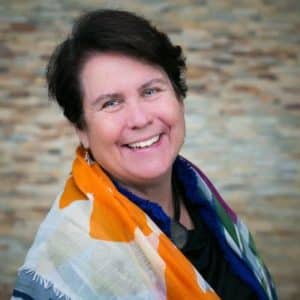 The Foundation also received $144 million in new gifts from donors in 2017 through a combination of additions to existing funds as well as the establishment of 59 new donor funds.

“Atlanta continues to be a film production hub, especially for movies about superheroes, and we thought it was fitting to put a twist on that theme and shine a spotlight on the everyday heroes doing good work to make our region stronger,” said Alicia Philipp, president of Community Foundation for Greater Atlanta. “While our super heroes don’t have X-ray vision or the ability to fly, they do have the strength and collective power to lift our region to greater good.”

The annual report, however, shows that the Community Foundation is still far from its goal of having $1.6 billion in assets by the end of 2018.

Two years ago, Philipp’s stated its ambitious $1.6 billion – nearly doubling the $950 million in assets that it had at the of 2015.

At the time, Philipps said she thought the goal was not only achievable, but needed so the Foundation could increase its investment in metro Atlanta. She pointed to the Columbus, Ohio community foundation, which had assets of $1.8 billion at the end of 2014 as well as the Foundation for the Carolinas in Charlotte, which had assets of $1.74 billion.

According to the 2017 annual report, highlights included:

“All-told, the stories illustrated in our annual report show the power of tremendous collective impact in a year’s time,” Philipp said in a statement. “But at its core, the work of philanthropy in Atlanta is happening one family at a time, one pair of glasses at a time and one innovative solution at a time.”

Previous Article
“Love is the only way,” A lesson from the Royal Wedding
Next Article
Building at 881 Ponce will be saved thanks to historic designation